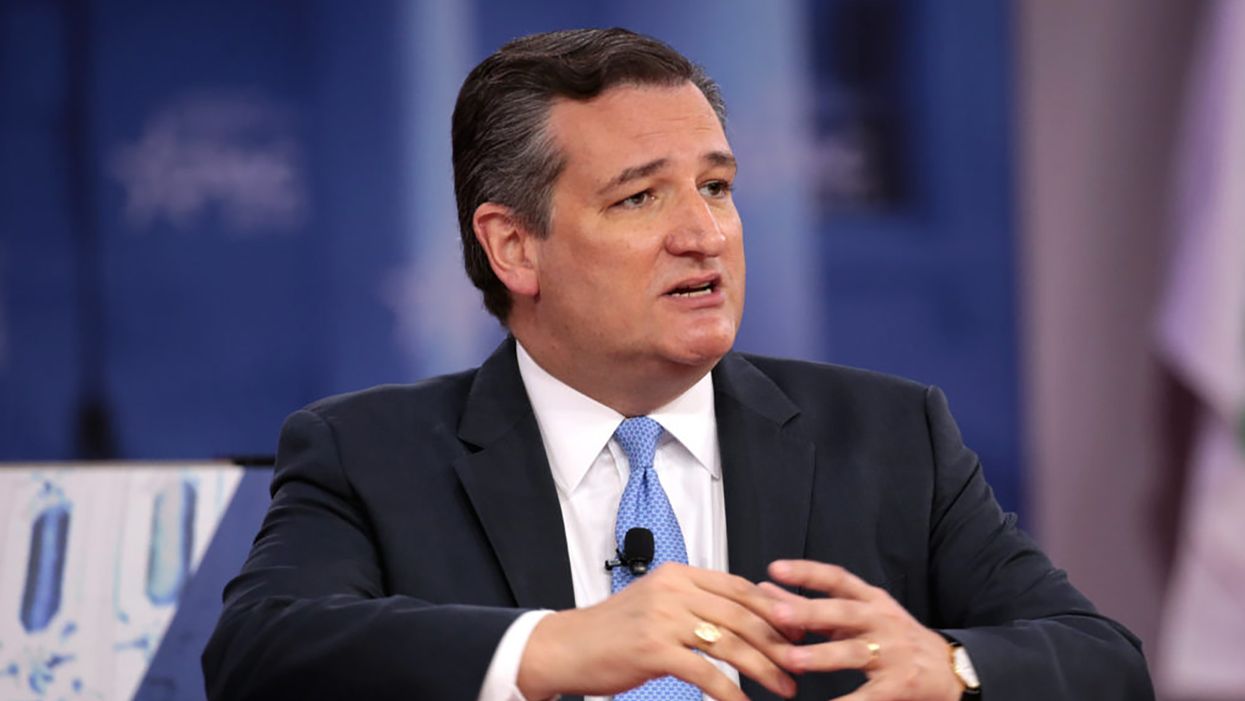 Not since the Child Catcher in Chitty Chitty Bang Bang have I been so freaked out by a creepy, middle-aged man offering candy to a bunch of wee-brained children.

But that's what's happening now, as Ted Cruz leads his coup caucus into a doomed—and entirely performative—fight to appear to attempt to overthrow the election so Donald Trump doesn't get grumpy and tweet mean things about the lesser assholes in his life.

Personally, I thought we'd find 11 people under Cruz's living room floorboards before he'd find 11 senators to join him in a feckless undemocratic putsch, but that just shows the limits of my imagination.

Of course, Republicans have become expert in playing the victim, so that's what Cruz was doing this morning on Sunday Morning Futures With Maria Bartiromo after spending Saturday strategically releasing termites into our house.

Sen. Ted Cruz on Sunday condemned those attacking him for his challenge to the certification of the presidential election for "angry language."

Cruz and at least 11 other Republican senators have committed to challenging the certification of the Electoral College results Jan. 6, joining an unknown number of House Republicans. Cruz said he wanted to do an emergency 10-day audit of the results, though he did not explain why he expected that audit would overturn Joe Biden's victory.

Speaking on "Sunday Morning Futures With Maria Bartiromo," Cruz responded to his critics on both sides of the aisle: "I think everyone needs to calm down. I think we need to tone down the rhetoric. This is already a volatile situation. It's like a tinder box and throwing lit matches into it and so I think the kind of hyperbole we're seeing, the kind of angry language."

Oh, yes, God forbid we throw lit matches into a volatile situation—one in which a large percentage of the country disbelieves the certified election results that will make Joseph R. Biden Jr. the 46th president of the United States in a little over two weeks.

Of course, Cruz knows better. They all do, with the possible exception of Louie Gohmert and Tommy Tuberville, whose brains are seven-layer salads missing about 5.75 layers.

Anyway, has Trump really thought this through? Does he actually want to be dictator-for-life? That's a lot of work, and he's as lazy as they get. You know the old saying: "Absolute power requires one to get off the toilet before 11 a.m."

Thank God the coupsters are a bunch of witless clowns this time around. Next time we might not be so lucky.