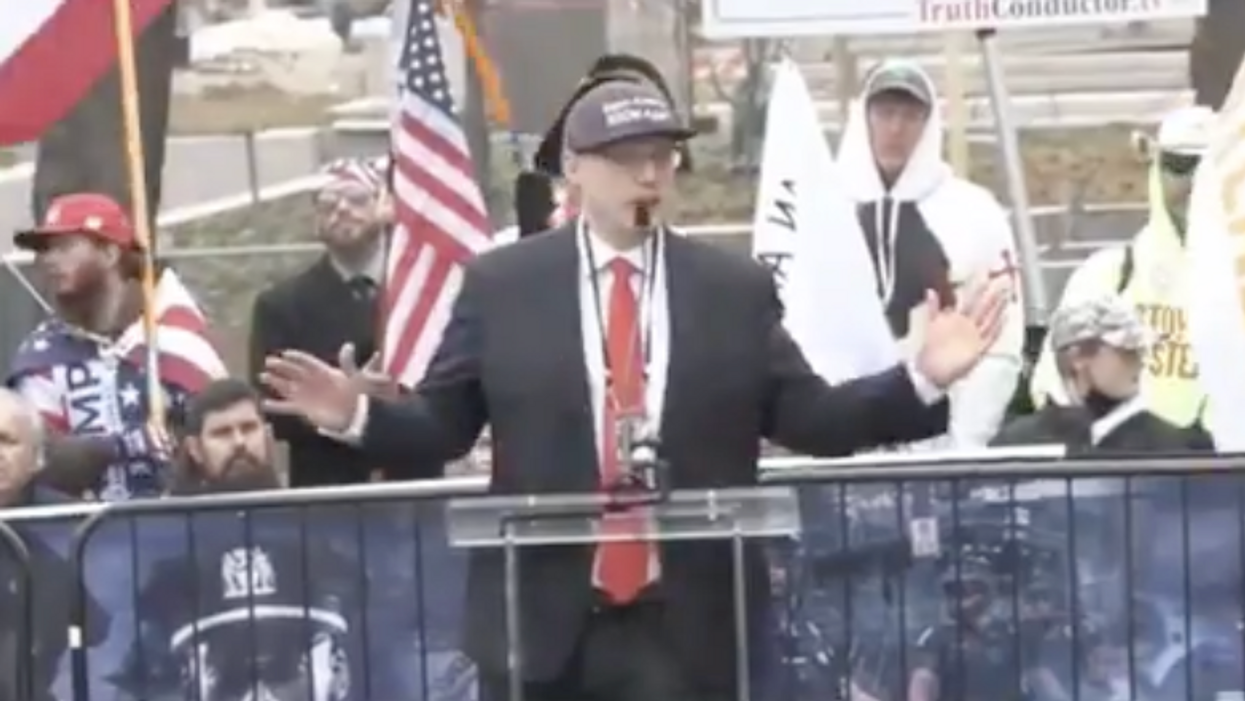 Washington, D.C. has been besieged by MAGAites this week who have traveled from across the country to show their support for President Donald Trump. At one rally on Tuesday, the speaker, a coronavirus truther, directed hundreds of mostly maskless attendees closely-packed together to turn and hug each other.

"Gee, they're grabbing your freedoms," he continues.

Attendees were only too happy to comply.