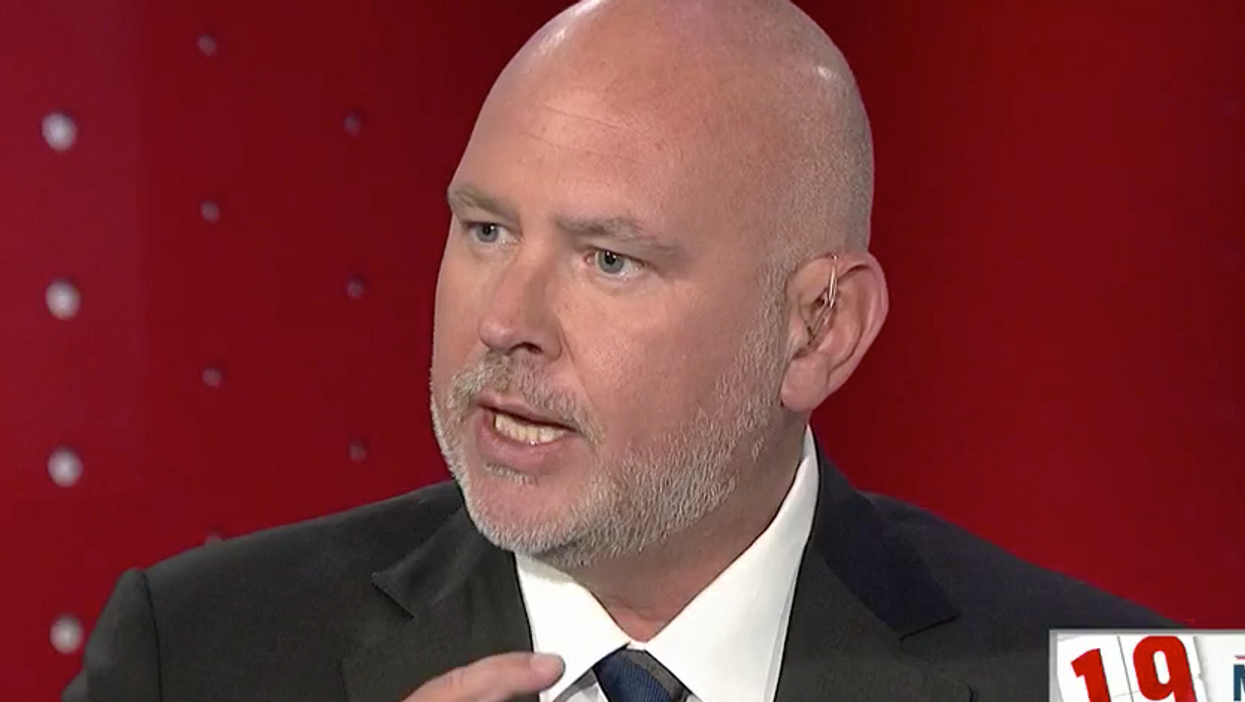 Although the Lincoln Project's Steve Schmidt is decidedly conservative, the former Republican strategist has found himself siding with liberals and conservatives when it comes to denouncing Trumpism as an existential threat to democracy in the United States. And when Schmidt appeared on MSNBC's "Morning Joe" on January 15, he stressed that the U.S. is at a crossroads and must choose constitutional democracy over fascism and authoritarianism.

Schmidt's comments came at a time when millions of Americans are still in shock over the January 6 assault on the U.S. Capitol Building and Washington, D.C. is on high alert in the days leading up to the inauguration of President-elect Joe Biden — who Schmidt and others in the Lincoln Project, a right-wing Never Trump group, supported in 2020's presidential election. Schmidt praised Rep. Liz Cheney, a right-wing Republican and the daughter of former Vice President Dick Cheney, for supporting the impeachment of President Donald Trump and slammed House Minority Leader Kevin McCarthy as a coward for lacking the courage to thoroughly repudiate Trumpism.

"Before we can talk about reconciliation, we have to talk about accountability," Schmidt told "Morning Joe" hosts Mika Brzezinski and Joe Scarborough — a former GOP congressman and fellow Never Trump conservative. Scarborough has described Trump as a "fascist" many times, and Schmidt wholeheartedly agrees with that description of the outgoing president.

Schmidt applauded Cheney for taking a stand against "autocracy" and said that on the other hand, "Kevin McCarthy is the head of the House autocrats."