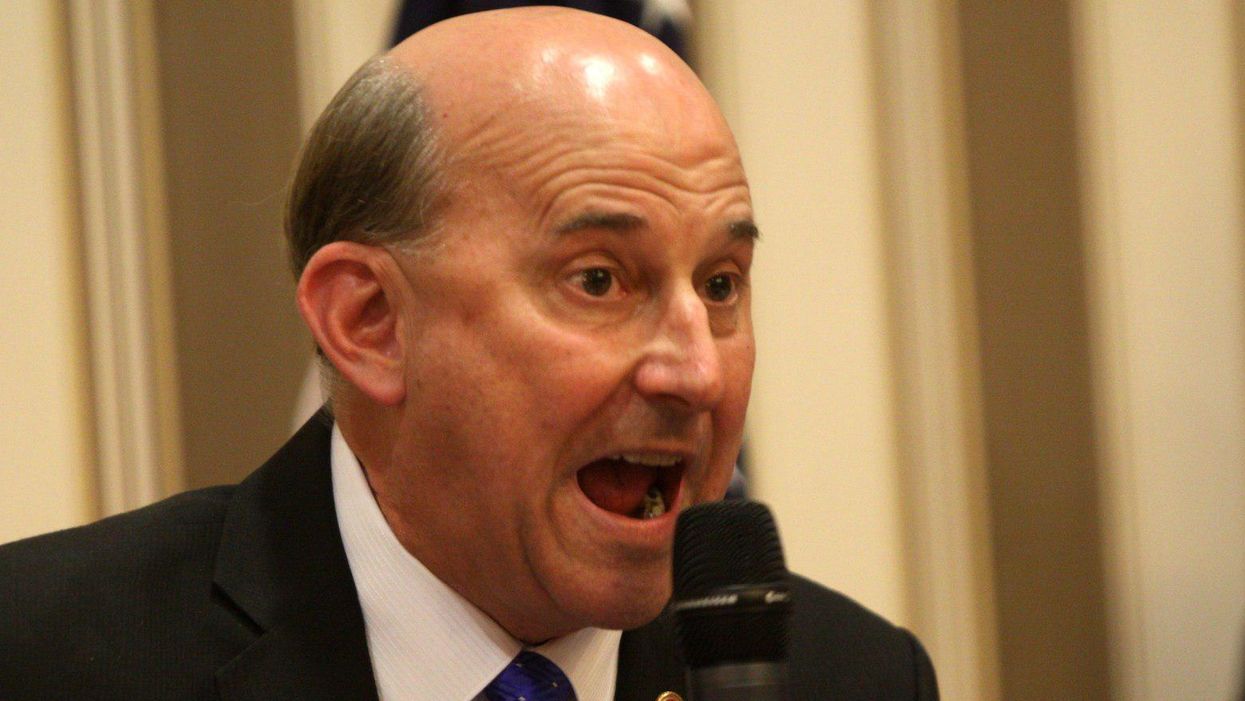 At this point, Republicans might as well just open fire on Fort Sumter and be done with it. That's the only way they could show more evidence of their "patriotism" and love for the Constitution. The only question is: Who's going to be first? The whole right-of-center portion of the American political spectrum has fallen into a system where the selective pressure is all about being the most outrageous, the most extreme, the most willing to trample all the meaning of the American system into the mud while waving the symbols of that system overhead. It's not a race to the bottom, because there is no bottom. But there is a point of no return, and Republicans have gone way, way past that point.

On Saturday, Texas Sen. Ted Cruz set out to prove just that when he arranged a whole legion of Republican senators who intend to "reject the electors" from certain states. "Certain," in this case, means those states that didn't vote for Donald Trump. But Cruz's play to regain some of that sweet Traitor Energy that's been going to Missouri Sen. Josh Hawley isn't even the slimiest play of the day.

Because after losing in court, Texas Rep. Louie Gohmert is flat out calling for people to commit violence to overthrow democracy.

No matter how it was painted in the media, when Sen. Hawley spoke out last week to say he would join 140 Republican members of the House in signing a statement against counting votes from Pennsylvania, it was very obviously a publicity stunt. Not only is there no real foundation behind any of the claims that Trump has made in court concerning the elections in states that had the sense to turn away his reelection, it wouldn't really matter if there was. Because the 1887 Electoral Count Act presents only a very narrow window for challenges to the electoral vote. With all 50 states certifying their elections and sending a single slate of electors to vote before the "safe harbor" date, there are no remaining grounds under the law for Hawley, Cruz, or anyone else to challenge the states. The 1887 law makes it clear that the power of the Congress is "limited to cases in which a state had failed to settle its own disputes and to questions beyond state competence."

The law was written that way to protect one of those things that Republicans claim to care so much about: state's rights. Not surprisingly, a senator from Missouri is not given the power to invalidate all the votes in Pennsylvania when that state's governor and legislature have already certified the outcome.

None of that stopped Cruz from jumping forward on Saturday with a whole coalition of Republican senators who say they will vote to "reject the electors," even though that's no more in their power than it is to determine how elections in other states will be conducted. This new mob of Republicans willing to go there issued a statement (deliberately not linked) saying that Trump's concerns about then election never got a hearing in court. Which is wrong at least … what, 60 times now?

Again, as much as Cruz wanted to prove that he was more radical than Hawley, and win back the "love" of Trump supporters, he didn't even score the most outrageous action of the day. That's because on Friday evening, Trump-appointed District judge Jeremy Kernodle tossed Gohmert's "breathtaking and preposterous" lawsuit—in which he tried to claim that the 12th Amendment gave outgoing Vice President Mike Pence the sole and unlimited power to name anyone president that he wants on Jan. 6. That ruling, unfortunately, was on the basis of standing and leaves the case open for appeal, which Gohmert is of course already planning.

Meanwhile, a little thing like the American legal system is not about to get in Gohmert's way. As Rolling Stone reports, the Texas representative appeared on the Trump-worshiping Newsmax Saturday morning to tell people not to wait on the courts. The district court's refusal to consider the case means, accourding to Gohmert, "that you gotta go the streets and be as violent as antifa and BLM."

Of course, BLM and anti-facists don't go around instigating violence. But considering Trump supporters have been fed one false claim after another, after another, there's little doubt about the kind of violence Gohmert is demanding. Just as there's no doubt about what Trump means when he summons his Proud Bois and militias, calling them to Washington on Jan. 6 for a "wild" time.