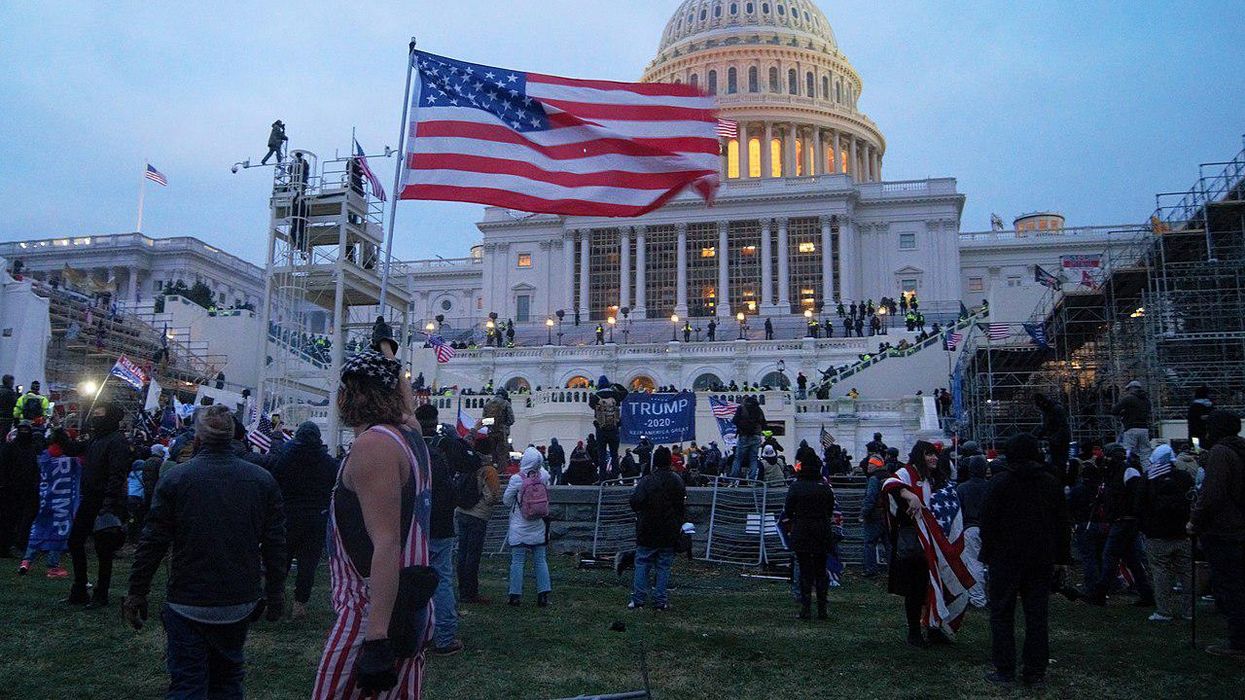 Several days after a violent mob of far-right extremists stormed the U.S. Capitol Building in the hope of preventing Congress from certifying President-elect Joe Biden's Electoral College victory, the right-wing RedState website published a ridiculous op-ed claiming that liberals and RINOs (Republicans in Name Only) were exaggerating the severity of the attack and distorting the events. But RedState has since retracted the piece.

RedState explained, "Overnight, this article about Jan. 6 was published. Many details, opinions, and analysis contained in the piece were either incorrect or inappropriate. It has been retracted, and we regret its publication."

The retracted op-ed, written by RedState's Mike Ford, was headlined: "Opinion: Enough! There Was No Riot, Insurrection or 'Storming!'"

So far, at least five people have died because of the Jan. 6 attack, including a member go the Capitol Police. The fact that some of the rioters hoped to murder Vice President Mike Pence and House Speaker Nancy Pelosi has been well-documented. The crowds barreled down barricades and threatened police that stood in their way. One video showed a police officer being crushed as a throng if the insurgents struggled to force themselves into the building; he cried out in agony. The Capitol was ransacked, burgled, and vandalized while lawmakers hid for their lives for hours.

But Ford, in his op-ed, insisted that the media was exaggerating — and he even described the insurgents as "concerned Americans."

"Let me be real clear. There was no riot in DC," Ford wrote. "There was no insurrection. There was no 'storming" of the Capitol Building. There was a peaceful rally. There was a largely peaceful protest that was marred by some bad acts by a very few people. There was and is, absolutely nothing to be traumatized or intimidated by. It's time to tell the press, the politicians and even our pastors, stop the gaslighting."

While Ford was trying to convince RedState readers that the events of Jan. 6 were no big deal, national security experts were saying that Washington, D.C. will require enormous security when Biden is inaugurated on Jan. 20. A former Secret Service agent, following the Jan. 6 siege, told Politico that on Jan. 20, "There will be barriers in place you didn't have yesterday. And I think instead of having just the Capitol Police there to protect the Capitol (to start), you're going to have thousands of other law enforcement that are going to be standing elbow to elbow."

“The party told you to reject the evidence of your eyes and ears. It was their final, most essential command.” https://t.co/Rvr4ZesoOG
— Jake Tapper (@Jake Tapper)1610381263.0