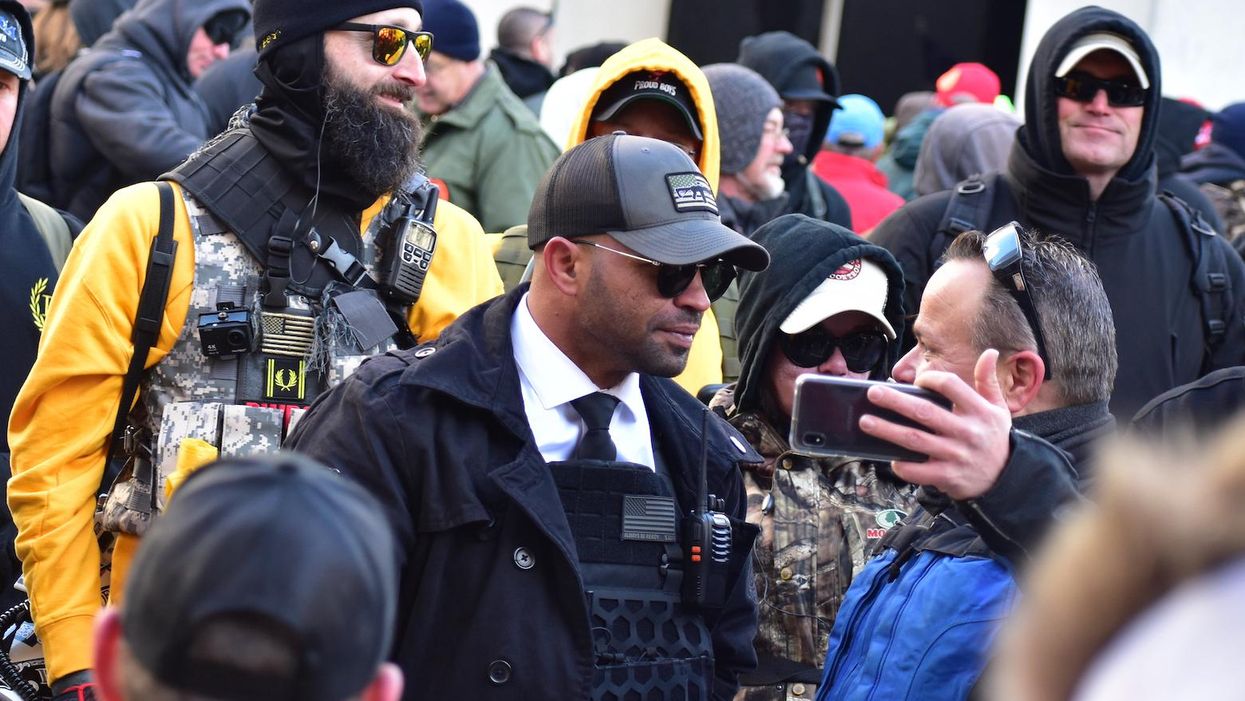 Keli MacIntosh presented the Grand Traverse County Board of Commissioners with one question during their virtual meeting on Wednesday, Jan. 20: "Would the board openly denounce the Proud Boys after the Jan. 6 riot at the U.S. Capitol?"

Since members of the far-right extremist group confronted the Michigan body in 2020 amid concerns about gun rights and, most recently, found themselves at the center of controversy after storming the U.S. Capitol, MacIntosh sought transparency about the positions of the elected officials in her county.

But instead of receiving straightforward answers from all of the commissioners on the board, Commissioner Ron Clous (R), stepped out of the camera view and returned with his semiautomatic rifle.

"He is supposed to be looking out for the best interests of the community," she said of Clous. "What is the message he's trying to convey? That if someone speaks out against us, we'll just threaten them with a gun?"

While Clous did not respond to The Washington Post's request for comment, he did reach out to the Traverse City Record-Eagle to explain his stance. According to Clous, his action was a response to MacIntosh's request.

"I was just going to show the rifle and show that I fully support the Second Amendment, but then I opted not to," he told the newspaper. Clous also made it clear that he would not denounce the Proud Boys as he described them as "decent guys" who "treated us with respect."

Clous also argued that he does not see the extremist group as a hate group.

He added, "I am not a member of Proud Boys. But I do know a few Proud Boys. I've met Black Proud Boys, I've met multiracial Puerto Rican Proud Boys and they inform me they also have gay Proud Boys. I don't see how that's a hate group."