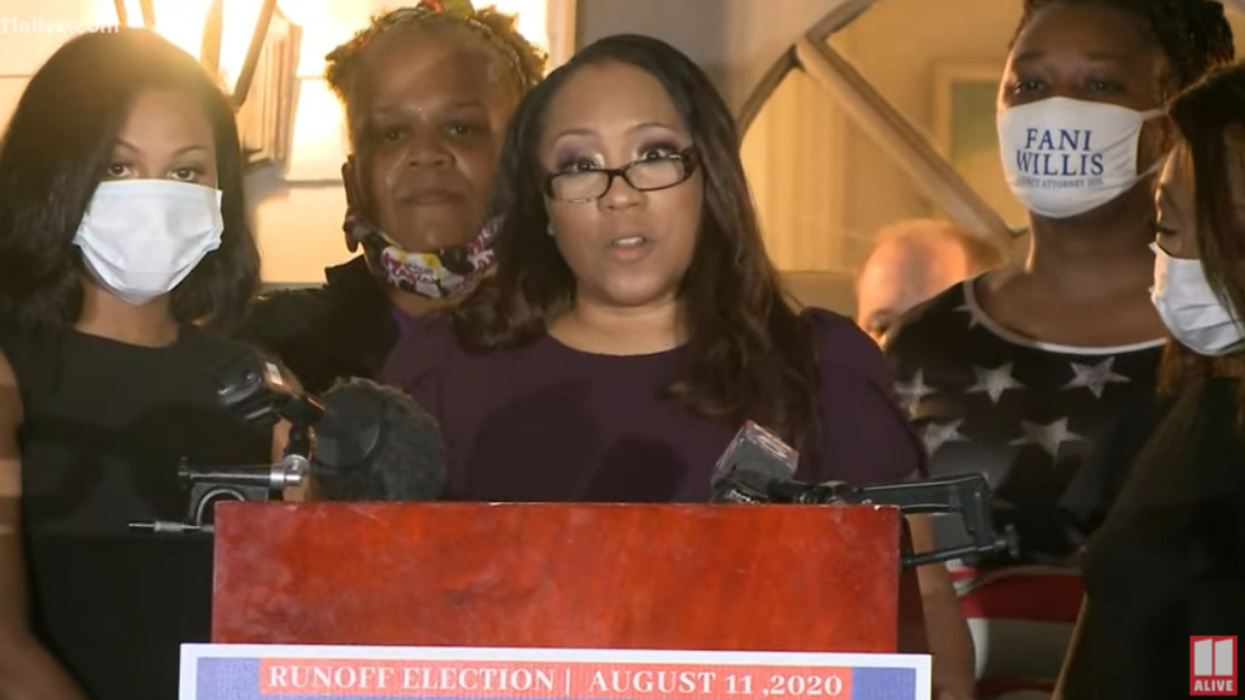 President Donald Trump sparked a media firestorm with his Saturday call to Georgia Secretary of State Brad Raffensperger. Almost immediately after the full transcript and audio leaked of the hour-long conversation, legal experts and law observers raised questions about whether or not Trump had violated federal and state laws.

Based on all that has occurred, many have suggested that Trump could be prosecuted for his blatant attempt to overturn an election already affirmed by the Electoral College. With the possibility of charges looming over Trump's head, Vice has released a report about the woman who could prosecute the lame-duck president after he leaves the White House.

According to Vice, Fani Willis will be officially sworn in on Friday, Jan. 8, as the first female District Attorney in Fulton County, Ga. In fact, Willis has already released a statement expressing concern about Trump's behavior. She also suggested that she will be taking the necessary steps to hold Trump accountable for his actions.

"Like many Americans, I have found the news reports about the president's telephone call with the Georgia secretary of state disturbing," Willis said in a statement. "As district attorney, I will enforce the law without fear or favor. Anyone who commits a felony violation of Georgia law in my jurisdiction will be held accountable."

Willis' statement came shortly after Trump's incriminating call was made public. During the call with Raffensperger, a desperate Trump blatantly asked the secretary of state to "find" him 11,870 votes.

"The people of Georgia are angry, the people of the country are angry," he said. "And there's nothing wrong with saying, you know, that you've recalculated."

At a different point during the conversation, Trump said, "So look. All I want to do is this. I just want to find 11,780 votes, which is one more than we have. Because we won the state."

However, Raffensperger pushed back against the president's impossible request saying, "Well, Mr. President, the challenge that you have is, the data you have is wrong."