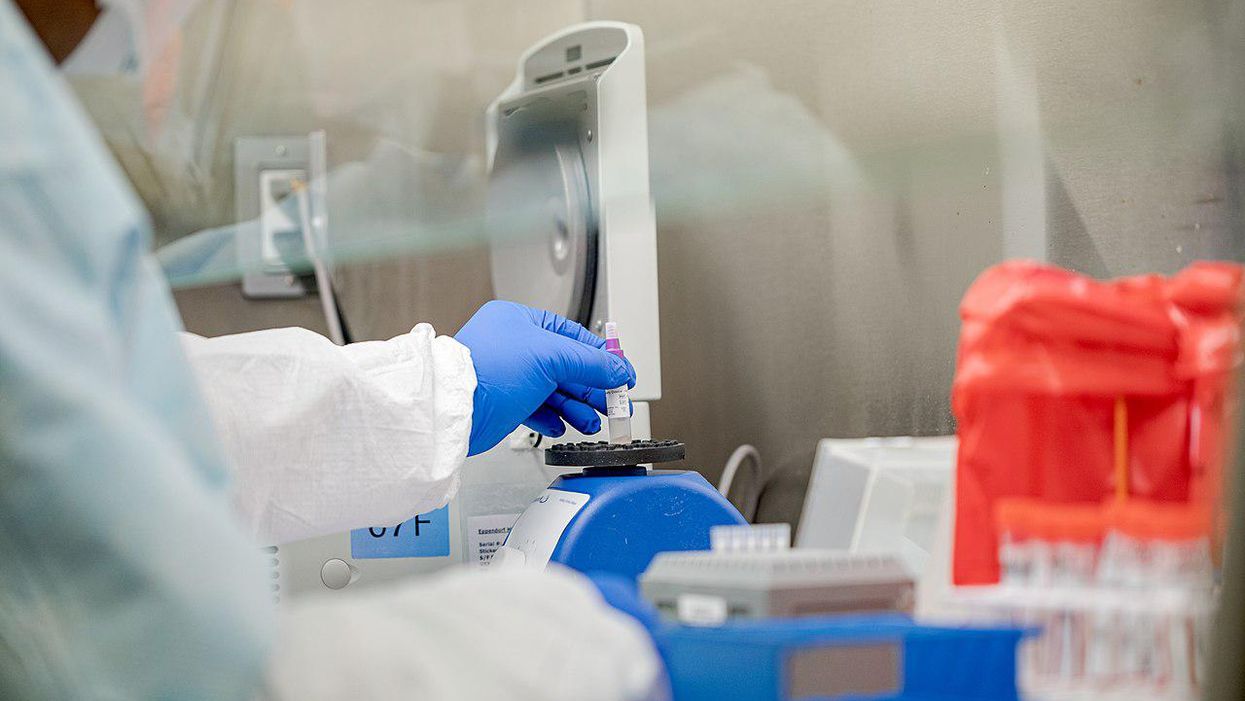 Pennsylvania Commonwealth microbiologist Kerry Pollard performs a manual extraction of the coronavirus inside the extraction lab at the Pennsylvania Department of Health Bureau of Laboratories on Friday, March 6, 2020.
Meaghan Ellis
January 27, 2021

The city of Philadelphia cut ties with a new start-up business that botched COVID-19 vaccine distribution, leaving the city with a disaster to clean up at its largest vaccination site.

According to The Washington Post, Philly Fighting COVID, a start-up organization described as a "'group of college kids' with minimal health-care experience," was tasked with the mountainous effort of distributing COVID vaccinations in the bustling city.

However, there were a number of discrepancies that created a recipe for chaos.

It has been reported that the group incorporated the use of a botched sign-up platform that ultimately led to many vaccine sign-ups not being honored. Then the group quietly changed its entire organizational structure from non-profit to for-profit without publicly announcing the distinct charge. It also incorporated a new privacy policy that would allow the sale of personal data.

Aside from that, one of the teen volunteers also accused that the organization's CEO — 22-year-old Andrei Doroshin — of "pocketing" doses of the vaccine. It was was also reported that some of the 18 and 19-year-old volunteers were photographed vaccinating each other without professional supervision.

The Philadelphia Department of Health abruptly shut down the city's dealings with Philly Fighting COVID and prosecutors are now reviewing all of the reported allegations.

According to Philadelphia magazine, the city now alleges that "Doroshin turned the company into a for-profit entity behind its back and that the company changed the data privacy policy on its vaccine interest form, theoretically enabling it to sell user data — which includes names, ages, addresses and health conditions — to third parties."

On Tuesday, Jan. 26, the health department released a brief statement highlighting its concerns about the organization.

However, Doroshin argues that he maintained communication with Caroline Johnson, who serves as Philadelphia's deputy health commissioner for overseeing vaccine distribution. He also defended himself and his organization's work to vaccinate citizens.

"I don't understand why people are freaking out about this kind of stuff," Doroshin said after the city severed ties with his organization. "We just vaccinated 2,000 more people this weekend. We only care about vaccinating people."