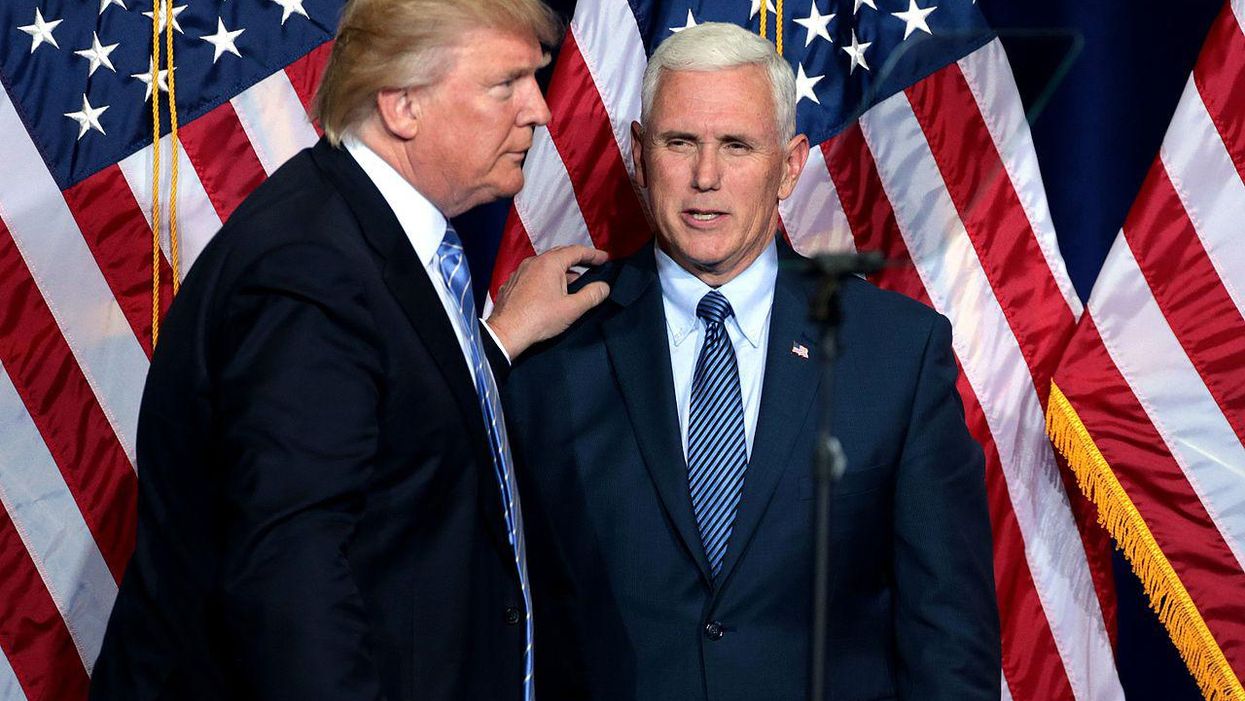 Donald Trump and Mike Pence speaking to supporters at the Phoenix Convention Center on August 31, 2016, Gage Skidmore
Here's how we know Trump isn’t serious about running in 2024 — he just want to 'burn down his party': conservative
Meaghan Ellis
January 05, 2021

During his rally in Dalton, Ga., on Monday, Jan. 4, President Donald Trump delivered a thinly-veiled threat to Vice President Mike Pence ahead of Congress' formal count of electoral votes.

Trump told his crowd of supporters that he hopes Pence "comes through" for them although the vice president's role in overseeing the vote is procedural. The embattled president also insinuated that Pence would no longer be on his list of favorable people, according to The Daily Beast.

"I hope Mike Pence comes through for us," Trump said to his crowd of supporters. "If he doesn't come through, I won't like him quite as much."

While the president was supposed to be campaigning for Sens. Kelly Loeffler and David Perdue (R), the night transformed into a state Republican bashing session as Trump discussed his future in politics. He later added, "I'll be here in about a year and a half campaigning against your governor. I guarantee that."

Trump also aired his grievance with the U.S. Supreme Court.

"I'm not happy with the Supreme Court," complained Trump. "They're not stepping up to the plate."

The president also hinted at some future targets of his ire—some of whom were sitting in the crowd. On two occasions, Trump expressed his frustration that Sen. Mike Lee (R-UT), who has been campaigning for Loeffler and Perdue in Georgia and was in Dalton, did not sign on to a doomed effort from GOP senators to block Biden's Electoral College victory. On Monday, Lee circulated a letter among senators opposing that effort.

Georgia's Senate runoff, slated for Tuesday, will determine the balance of the power in the Senate.