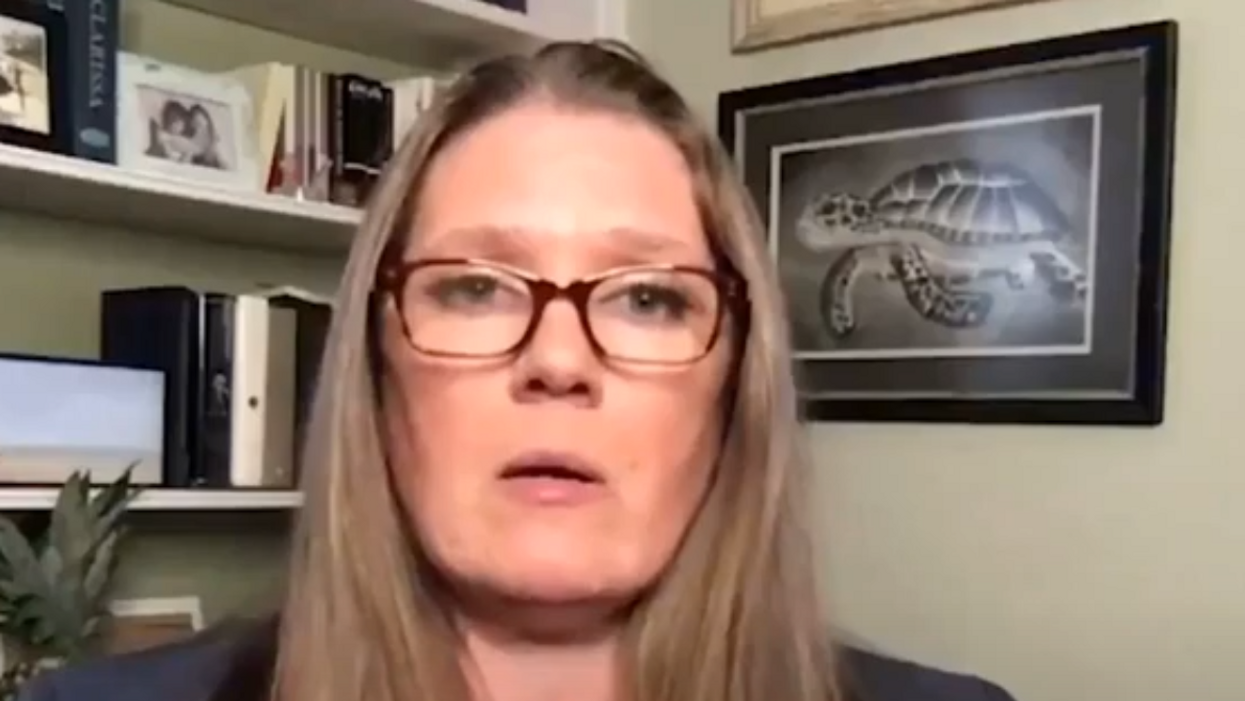 Mary Trump, the disgraced president's niece, is not buying into his recorded speech uploaded to Twitter yesterday and she is appealing to lawmakers to move forward with holding her uncle accountable for his dangerous behavior.

On Thursday, Jan. 7, Trump appeared on MSNBC's "The Reidout" with host Joy Reid where she discussed her uncle's rhetoric, which ultimately influenced his supporters storming the U.S. Capitol. She also offered her take on his speech condemning the violence.

According to Trump, the speech was "only performative" and served as a form of damage control.

"I think somebody was able to get through to him and convince him that even if it's only performative, he needed to do something to mitigate the damage he caused ― only to himself, of course, because that's all he cares about," she told MSNBC's Joy Reid.

Mary Trump added, "But of course, it was purely performative. There was not any truth in it at all, and if you listen carefully, he doesn't actually concede the election."

She went on to stress the importance of lawmakers holding Trump accountable for the U.S. Capitol breach and the aftermath that followed. Although the president appeared to condemn the violence in his video address, Trump explains why he should not be taken seriously at this point.

"There's no reason to take that video seriously, there's no reason to give him any credit for it, there is no reason at all to believe that it means that he's going to change going forward," Trump said. "We're still looking at a very difficult, potentially dangerous 12 days, and it certainly shouldn't do anything to let him off the hook."

Trump's latest remarks came as the president released a video message addressing the violence that ensued on the nation's Capitol. However, the damage had already been done. The president also failed to acknowledge his own involvement and influence on his supporters and made no apologies for his rhetoric that led to the insurrection. He also addressed the outcome of the election in the same manner. While he did admit that a new administration will be taking over the White House on Jan. 20, he did not directly acknowledge President-elect Joe Biden's victory.