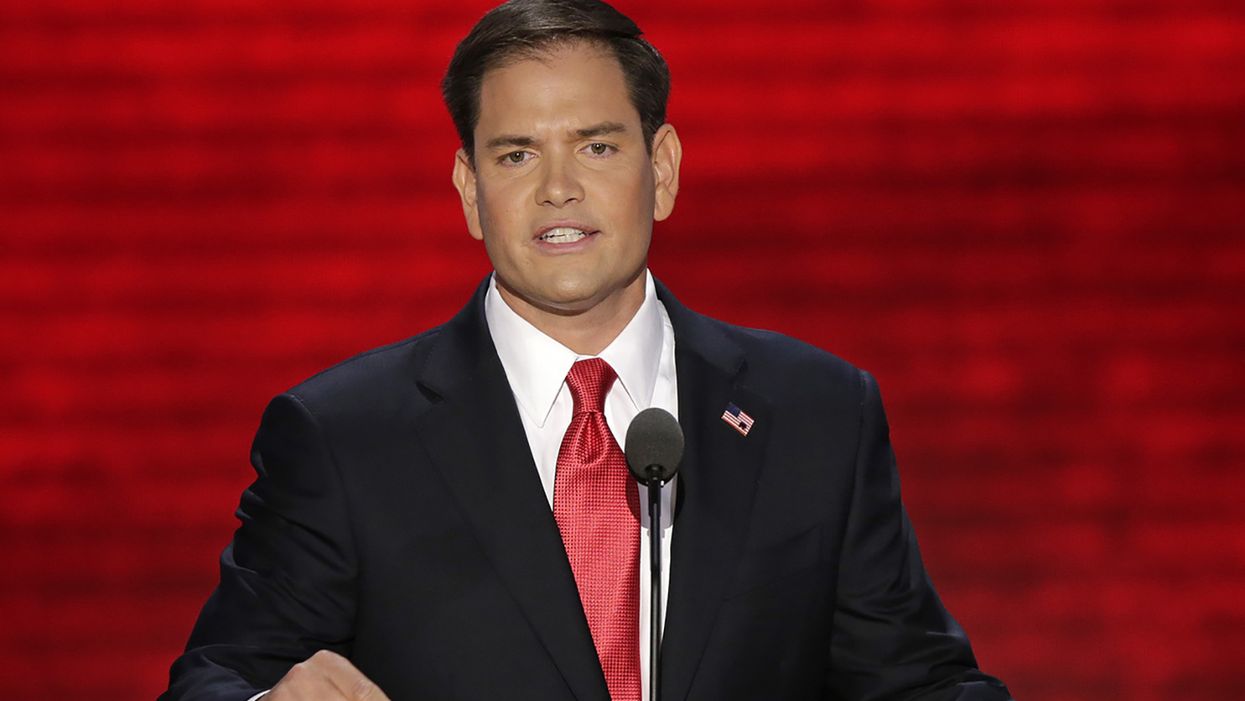 The Florida Republican declined to identify Sens. Josh Hawley (R-MO) or Ted Cruz (R-TX) for announcing they would object to Joe Biden's electors in some states Trump contested, although he blames the violence on those who promulgated the myth that Vice President Mike Pence could undo the election results.

"Some misled you," Rubio tweeted. "That the VP could reject ballots. That objections could pass or used as leverage to force an audit. They knew the truth but thought it was a great way to get attention & raise money."

Some misled you That the VP could reject ballots That objections could pass or used as leverage to force an aud… https://t.co/48s1T6Odwg
— Marco Rubio (@Marco Rubio)1610030027.0

Rubio limited replies to those he follows or mentioned, but that wasn't enough to withstand a blast of criticism.

I have searched in vain for any Rubio tweet pushing back against these deceptions when it could have mattered. I… https://t.co/yH3KR7MJj9
— Eric Columbus (@Eric Columbus)1610032008.0

@marcorubio wow thanks for coming out so strong and so early in favor of truth marco
— Joel Luther (@Joel Luther)1610031289.0

@marcorubio You have enabled this by spreading rumors, fake news, and innuendo to your supporters. Take a look in t… https://t.co/vhyAxzUV3p
— Joseph Gruber (@Joseph Gruber)1610030698.0

One of the primary drivers of people believing the nonsense was that people who knew better didn't say anything unt… https://t.co/Pjif54jhC8
— Kyle Cheney (@Kyle Cheney)1610030991.0

Some? Are you freckin’ afraid to say Trump’s name? Anything in the Bible about being a sniveling suck-up to power,… https://t.co/xitMPXTMKG
— David Corn (@David Corn)1610031760.0