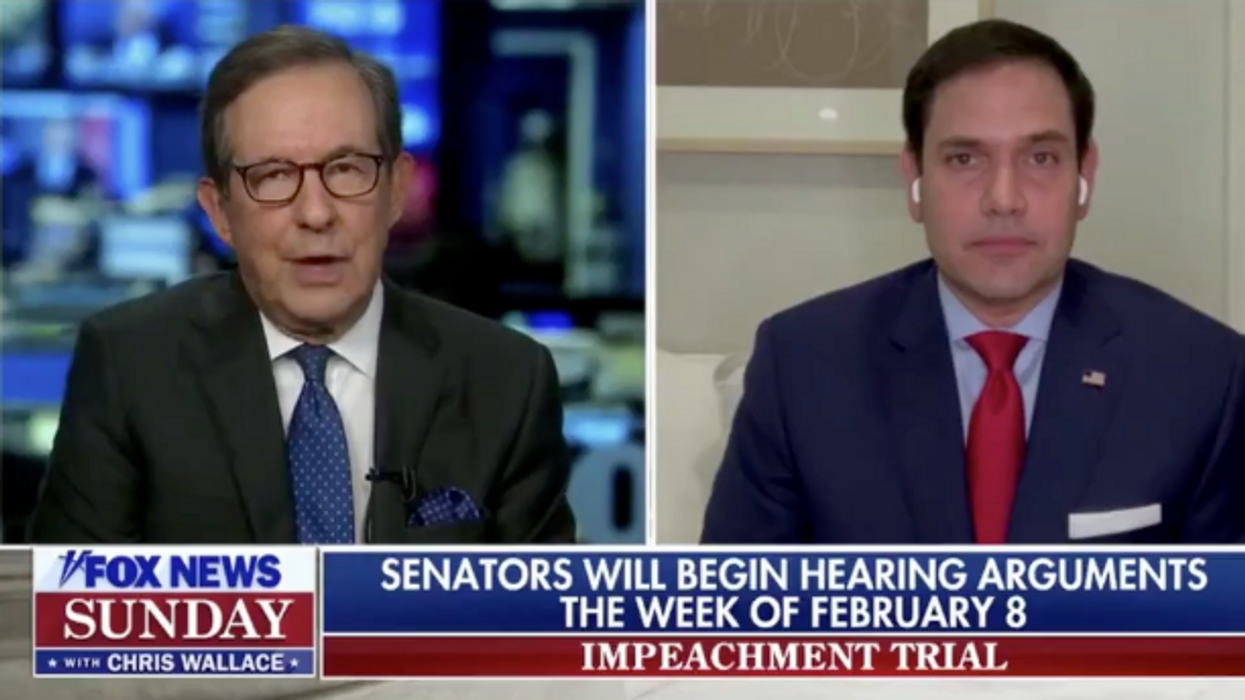 Sen. Marco Rubio (R-FL) on Sunday said that he will attempt to end former President Donald Trump's Senate impeachment trial because it is "stupid."

Rubio make the remarks during an interview with Fox News host Chris Wallace.

"First of all, I think the trial is stupid," Rubio said dismissively. "We already have a flaming fire in this country and it's like taking a bunch of gasoline and pouring it on top of the fire."

Rubio suggested that a pardon of Trump would be "good for the country."Wallace pointed out that Senate Minority Leader Mitch McConnell (R-KY) has condemned Trump for his responsibility in the attack on the U.S. Capitol.

"I think the president bears responsibility for some of what happened," Rubio admitted. "It was most certainly a foreseeable consequence of everything that was going on and I think that's widely understood and maybe even better understood with the perspective of time. I think that's separate from the notion of let's revisit this all and stir it up again."

"All I'm arguing is we have some really important things to work on," he continued. "You want to kind of really bring the country together and remember once again how we can get things done. It isn't by uniformity on all the issues, it's about working through a process that allows people with different points of view to debate all that and get to a solution for the country."

But Rubio said that it is time to move on from the last five years instead of "stirring it up again with a trial."

"And it's just going to be bad for the country," he added. "It really is."

Rubio also revealed that he will move to end the trial on procedural grounds if he has the opportunity.

"The first chance I get to vote to end this trial, I'll do it," he said. "I think it's really bad for America."

Watch a portion of the video below from Fox News.