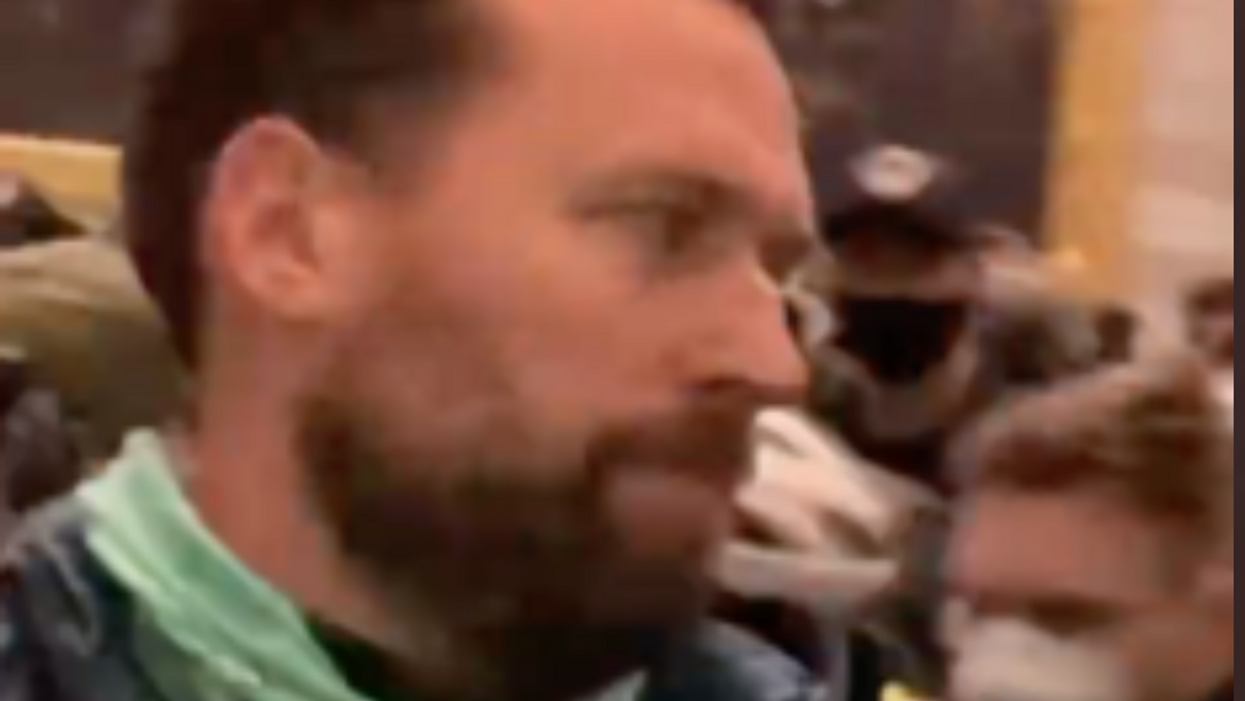 A U.S. Olympic Swim Team gold medal winner was recognized among the thousands who attacked the U.S. Capitol last week in an attempted coup, according to multiple reports. Now Americans want him stripped of his medals.

2004 and 2008 gold winner Klete Keller, 38, who also won a silver medal in 2000, stands 6′ 6″ tall, and was wearing an Olympic team jacket with the iconic USA letters on the sleeves at the deadly violent insurrection, according to The Hill, which points to this video from inside the Capitol Rotunda:

The swimming site SwimSwam posted clear screenshots of someone it has identified as Keller.

"At least a dozen people within the sport have identified that individual to SwimSwam as the 6'6" Olympic gold medalist Klete Keller after reviewing the video and screenshots," SwimSwam reports. "Keller has deleted all of his social media accounts, but prior to their deletion, he was an outspoken supporter of President Trump."

"Several former teammates and coaches," The New York Times adds, "said they recognized Keller in the video because of his size and because he was wearing a U.S. Olympic team jacket that had 'USA' printed across the back and down the sleeves. A green face covering hung around his neck, making his face clearly visible."

Calls are growing for him to be stripped of his medals:

@HoffLeigh Klete Keller should be in jail and have his medals stripped. Does Hoff and Keller tolerate white supremacy?
— @stephiesue (@@stephiesue)1610474450.0