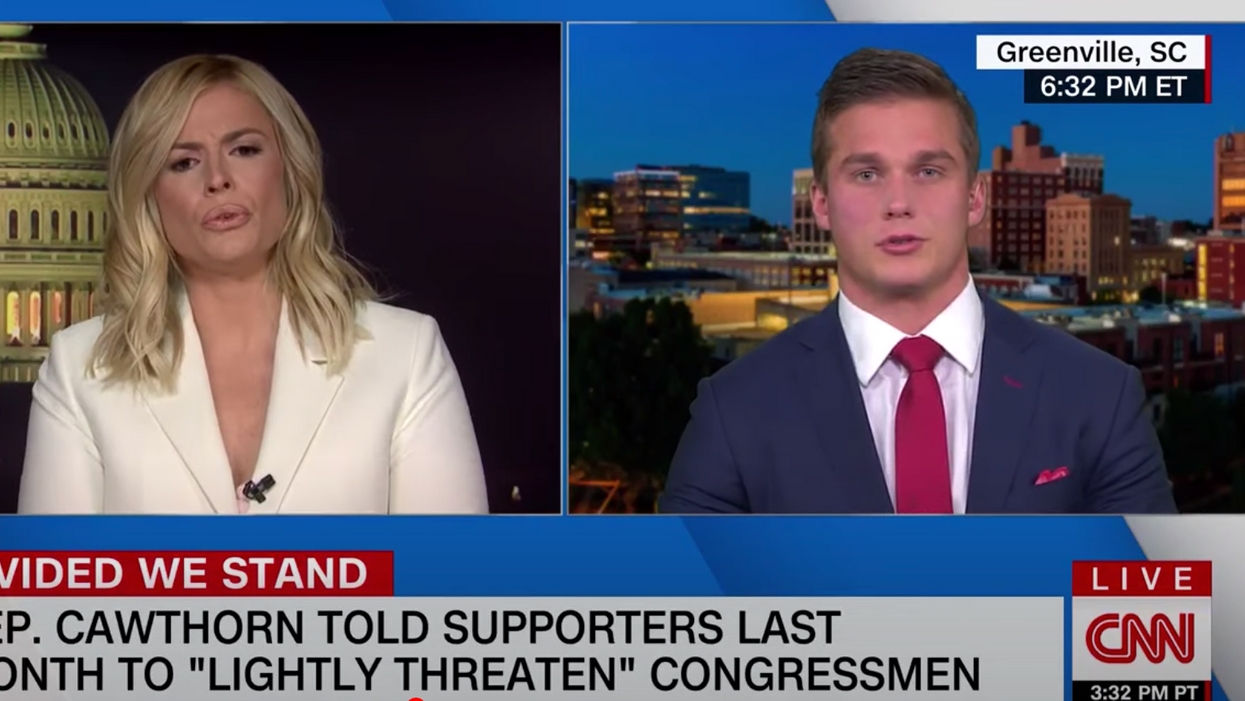 Controversial Rep. Madison Cawthorn (R-NC) appeared on CNN on Saturday where he attempted to defend his efforts to overturn the election that resulted in the fatal insurrection at the U.S. Capitol.

But CNN anchor Pamela Brown repeatedly pressed Cawthorn to document his allegations of voter fraud -- which were rejected by the courts, the Electoral College, and a joint-session of Congress.

Cawthorn could provide no such evidence.

"Well, I disagree with you on that point, that was not my intent, my intent was to hold up the Constitution," Cawthorn argued, despite the fact he did vote to through out millions of votes -- even after the deadly insurrection.