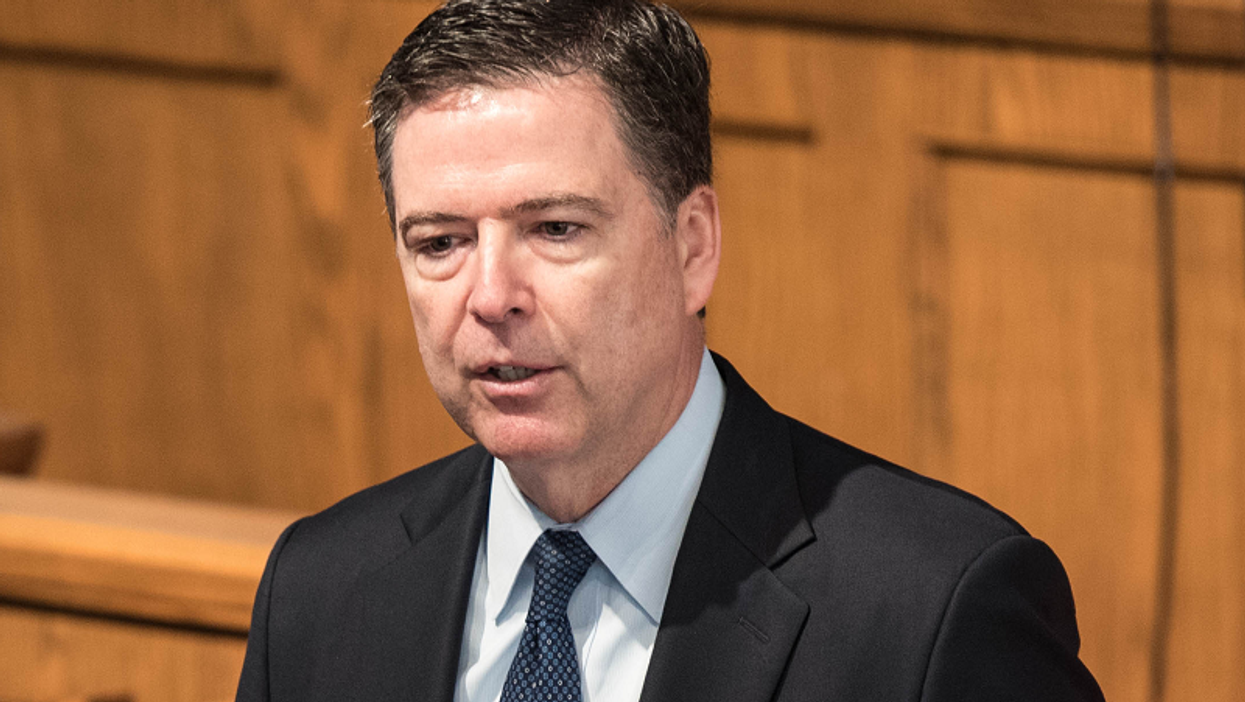 James Comey, the former Federal Bureau of Investigation (FBI) director previously fired by President Donald Trump, is facing serious backlash for his recent remarks regarding the possibility of the president being prosecuted after leaving office.

"Although those cases might be righteous in a vacuum," Comey wrote, "the mission of the next attorney general must be fostering the trust of the American people."

As reports about the excerpt began circulating on social media, Twitter users reacted with stark criticism toward Comey.

You have to hand it to James Comey...he is consistently good at showing up with the completely wrong take at key mo… https://t.co/ElVUXmSdwn
— Fred Wellman (@Fred Wellman)1609948936.0

@GuardianUS James Comey is the last person we want to hear from tonight. If Donald Trump has committed crimes, he s… https://t.co/1aJZu7tSRy
— Kristen JB (@Kristen JB)1609913825.0

Hell, I'm former Director of the FBI James Comey. Justice is simple. People who did not commit crimes should be inv… https://t.co/NomhGUucnA
— Ken Tremendous (@Ken Tremendous)1609948976.0

CNN Legal Analyst Elie Honig also admitted that while he does agree with one aspect of Comey's argument, he strongly disagrees with the idea of seemingly "ignoring" Trump's repeated offenses. "Agree with Comey that 'the mission of the next AG must be fostering the trust of the American people.' An obvious proposition," Honig tweeted, adding, "*Disagree* that the way to do that is by utterly ignoring - not even investigating - years of potentially criminal conduct."

Agree with Comey that "the mission of the next AG must be fostering the trust of the American people.” An obvious p… https://t.co/qFxOOJkfEU
— Elie Honig (@Elie Honig)1609936721.0

Comey also touched on the possibility of Trump issuing a pre-emptive pardon for himself. Referencing the 1915 Supreme Court ruling, Comey argued that a presidential pardon would come across as an "admission of guilt," according to The Hill.

"By pardoning a resigned president, Ford had held [Nixon] accountable in a way that Trump would not be, even where he to be pardoned after losing re-election. That might not be enough accountability in Trump's case. Or it may be, especially if local prosecutors in New York charge Trump for a legacy of financial fraud."