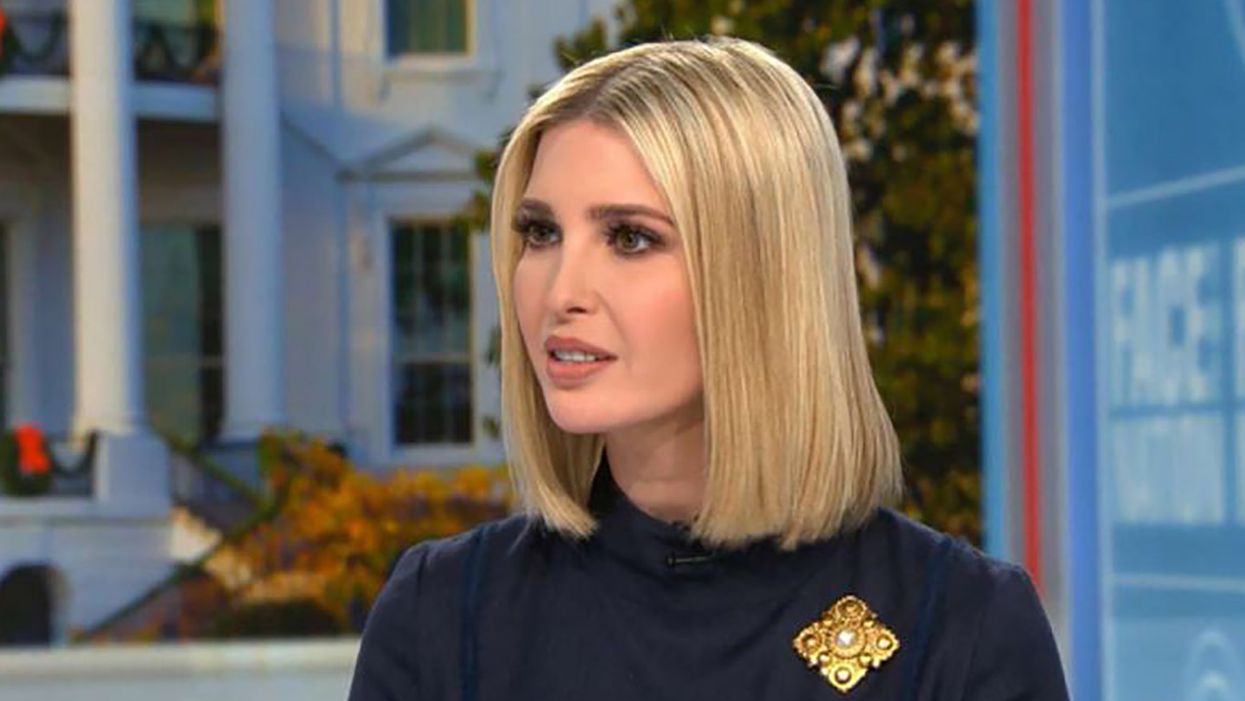 Image via MSN.
Ivanka Trump offered a bizarre suggestion for how Americans could spend Saturday night. It did not go well
Brad Reed
January 15, 2021

First daughter Ivanka Trump once had designs on running for political office, but her father's role in inciting a mob to attack the United States Capitol building last week may have permanently hobbled her political career.

Sources tell CNN White House correspondent Kate Bennett that both Ivanka and husband Jared Kushner are worried about what they're going to do next because last week's riots have provided "horrific images" that will follow them wherever they go.

"That has Jared Kushner and Ivanka Trump in a bit of a panic as they look to their future," she said. "I talked to a lot of sources today who say they're questioning everything now, from where they're going to live after the White House to what their careers will be."

Bennett explained that Ivanka and Kushner both know that they are no longer welcome in New York, and they also feel that they might not be wanted in Bedminster, New Jersey, where one of the president's prized golf courses is located.

Additionally, she said that the Trump riots are making it "very difficult for them to tout any achievements they've made inside this administration" that they were planning to make as part of a "farewell tour."