The treasonous face of white supremacy has been laid bare 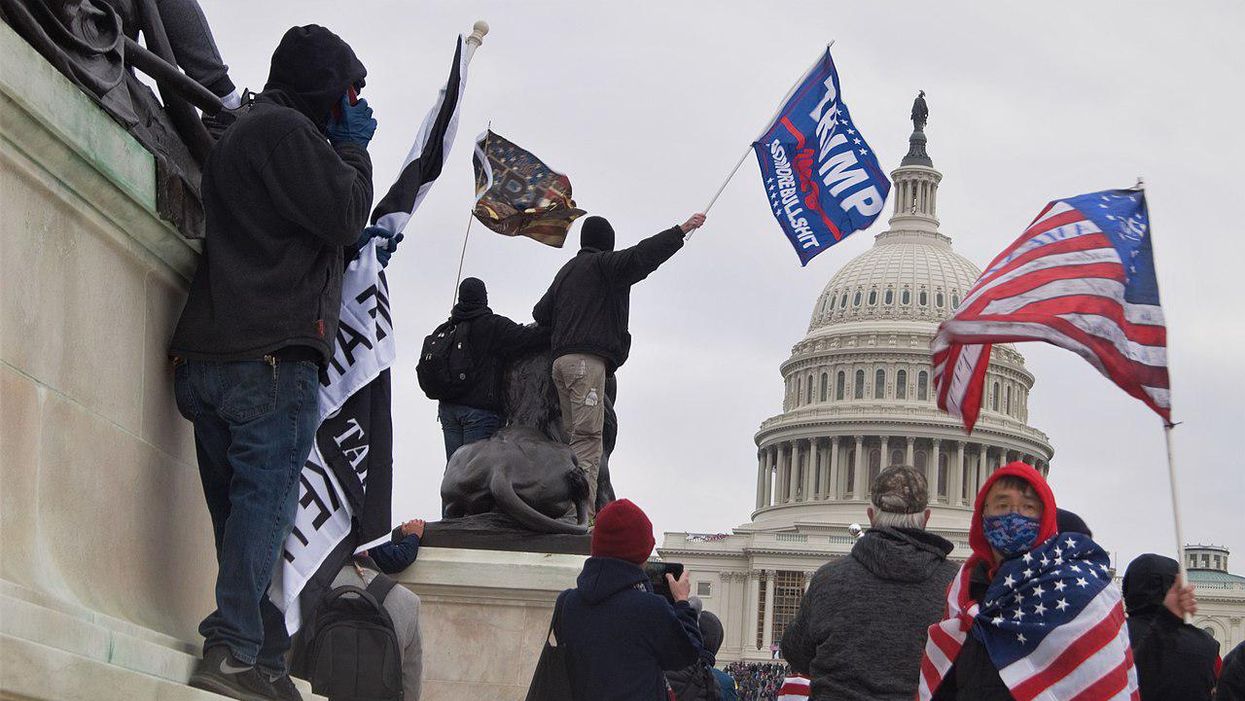 Joe Biden is preparing to ask the US Congress to grant legal status to an estimated 11 million immigrants residing in the country without the proper paperwork. That's not surprising. Barack Obama asked, too. What is surprising, however, is that Biden won't bother enticing Republican legislators with expensive promises to "secure the border." What is surprising is his apparent decision not to take Republican bad faith seriously.

It didn't matter how much money the Obama administration poured into militarizing the border. It was never secure enough. That one person could slip by was occasion for accusing Obama of … well, anything, given that he wasn't really an American (wink wink). That he wasn't really an American (wink wink) meant the Democrats in the Congress were often under pressure to send more money to the border, financing, though they didn't realize it, agents of the state who'd later take infants from their still-nursing mothers as well as serve as Donald Trump's secret police. Biden won't go so far as to open the border (alas), but we should praise overtures toward defunding it. (He won't tear down the wall either (alas), but he won't spend money maintaining it.)

It should now be clear that when white people say they must "take back our country," they aren't talking about voting.

Though Biden recognizes Republican bad faith for what it is—specifically, that it is not something you can trust while crafting national-security policy—some aren't getting it, even so-called Never-Trump conservatives. On the news that Biden won't promise to "secure the border," David Frum, perhaps the most famous Never-Trumper, sorta freaked. "The Biden immigration plans could wreck his whole administration from the start," he tweeted. "They will invite a border surge that will force Biden to choose between mass detentions or ever-accelerating unauthorized migration."

Before I move on, let me spell out what I think Frum is saying. First, that he means it in good faith. He clearly wants the next president to succeed insofar as his success will stymie the fascism rising in the Republican Party, his former home. Second, that defunding the border, to Frum's way of thinking, is the same thing as lax border security. Third, that lax border security will give incentive to immigrants to enter illegally in the not-unreasonable belief that they'll be legalized along with 11 million others. And fourth, that the more brown people come in, the more white Americans will want them out, thus fueling white-power demands for a Donald Trump copycat.

But even if Frum's correct in saying lax border security will in time give birth to a Trump copycat, that doesn't mean a Trump copycat will rise to the same heights as his namesake. For all his faults going into the 2016 election, Trump was still thought of as a nationalist. He was thought of as a patriot. When he called reporters "the enemy of the people," he was still thought to mean all of the people. He didn't. He never did. He meant white people, specifically "real Americans" who must "take back our country," with violence if necessary, from an electorate that dared allow a Black man to sit in the White House. Frum worries Biden's border policies might arouse more fascism. That's fair. But fascism is what sacked the United States Capitol. For the first time in my life, white supremacy isn't just seen as morally disgusting. It's now seen as treasonous.

That Trump and treason go hand-in-hand has not been obvious for a lot of reasons, good and bad, but I think it will be obvious in time. Treason, after all, is what links his first impeachment to his second. It's what links his cheating to win (and succeeding) four years ago to cheating to win (and failing) four years later. (Treason, in other words, is what you do if you want to be a one-term president.) In each instance, the treason was made possible by the ubiquity of a Big Lie. The first lie was "Obama isn't really an American." The second lie is "Biden isn't really the winner." But even those lies are subsumed by the biggest of all rooted in our history: that white Americans are more American than other Americans, and that the browning of America, as Ron Sundstrom said in 2008, is why some "real Americans" are prepared to die "for their country."