Incoming GOP rep. apologizes for saying 'Hitler was right' in speech at US Capitol — but people aren't buying it 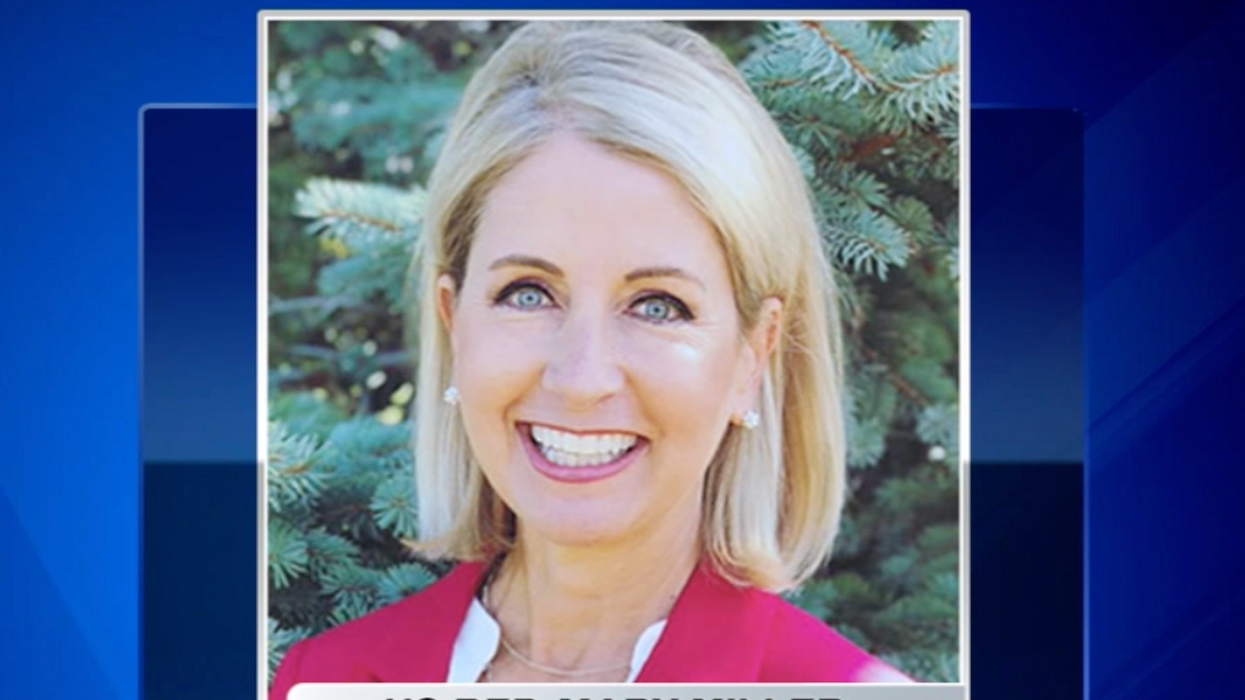 This week, while speaking at a Moms for America® Save the Republic Rally at the nation's capitol, incoming Republican Illinois Congresswoman Mary Miller said, "Hitler was right."

While she wasn't talking about the Nazi leader's decision to kill over six million Jews, queers and others, she said, "Hitler was right on one thing. He said, 'Whoever has the youth has the future,'" adding that to build a lasting social movement conservatives must win the hearts and minds of our children," like Hitler's Nazi Youth program did, presumably.

"This is the battle," she said.

When calls for her to apologize or resign came from Republican Rodney Davis, Democratic Senator Tammy Duckworth, Democratic Governor JB Pritzker, the Illinois Legislative Jewish Caucus and the United States Holocaust Memorial Museum and others, she initially defended her comments saying she had meant her comments as "a denunciation of evil dictators' efforts to re-educate young people and similar efforts by left-wing radicals in our country today."

She has since explained herself by stating, that she's pro-Israel and not anti-Semitic despite her appreciation for Hitler's youth indoctrination efforts and added, "some are trying to intentionally twist my words to mean something antithetical to my beliefs."

"I sincerely apologize for any harm my words caused and regret using a reference to one of the most evil dictators in history to illustrate the dangers that outside influences can have on our youth," she said. "This dark history should never be repeated and parents should be proactive to instill what is good, true, right, and noble into their children's hearts and minds."

Mary Miller was also one of the 147 Republicans who voted against certifying the Electoral College's votes to seat President-elect Joe Biden.

@LauraLipskis @RepMaryMiller It gets worse, she said Hitler was right about radicalizing children and said that’s w… https://t.co/sogRGGvu2m
— Britt 🥳 (@Britt 🥳)1610067610.0

@RepMaryMiller Your remarks were shameful and quite clear - you don’t get to spin out of them now that you aren’t s… https://t.co/vThfI7ERWK
— Brendan Reilly (@Brendan Reilly)1610058353.0