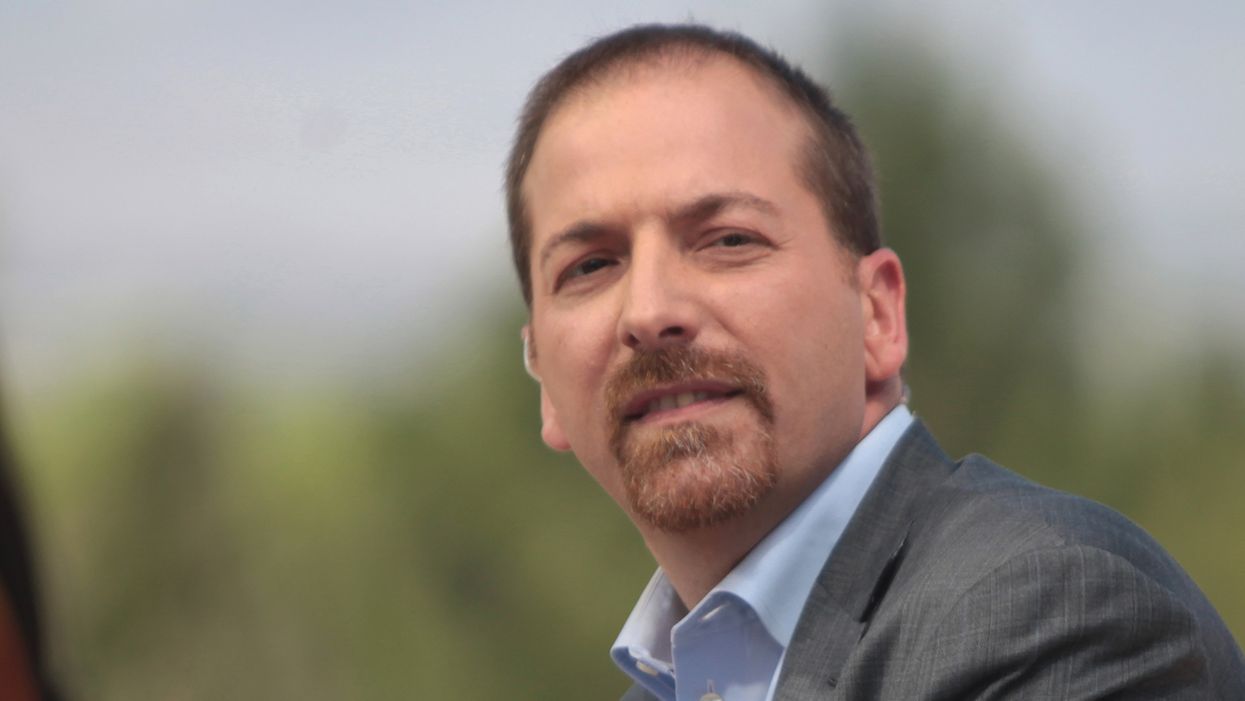 Image via /
Chuck Todd now realizes he's being used for propaganda. What happens next?
David Badash
and
The New Civil Rights Movement
January 02, 2021

Jay Rosen, a New York University journalism professor who is one of the preeminent critics of the profession he teaches, on New Year's Day blasted NBC News and MSNBC's Chuck Todd.

"Everything Chuck Todd ever said about his alarm at what the Republicans are doing is hollow and meaningless," Rosen said on Twitter, about the "Meet the Press" host. "After all this, to welcome Ron Johnson back is such a pathetic surrender."

Rosen was referring to news that Todd's guest on this coming Sunday's "Meet the Press" will be Senator Ron Johnson (R-WI), a far right pro-Trump conspiracy theorist.

Meet the Press has booked a shameless conspiracy theorist, Senator Ron Johnson, for Sunday. Johnson says covid is fake and denied Biden won the election. He is MTP's most-booked Republican and has used the platform to spread lies more than any other senator. It is a true feat. pic.twitter.com/h1uPctXaEA
— Matt Negrin, HOST OF HARDBALL AT 7PM ON MSNBC (@MattNegrin) January 1, 2021

Rosen's timely takedown of Todd comes just days after he penned a piece slamming the NBC News/MSNBC host on his PressThink website, for his "strategic blindness."

"Three years after Kellyanne Conway introduced the doctrine of 'alternative facts' on his own program, a light went on for Chuck Todd," Rosen wrote. "Republican strategy, he now realized, was to make stuff up, spread it on social media, repeat it in your answers to journalists — even when you know it's a lie with crumbs of truth mixed in — and then convert whatever controversy arises into go-get-em points with the base, while pocketing for the party a juicy dividend: additional mistrust of the news media to help insulate President Trump among loyalists when his increasingly brazen actions are reported as news."

Rosen slammed Todd for taking so long to see what many had already told him about the GOP, and then further ignoring it.

"You cannot call that an oversight. It's a strategic blindness that he superintended," Rosen charged, calling it "malpractice."