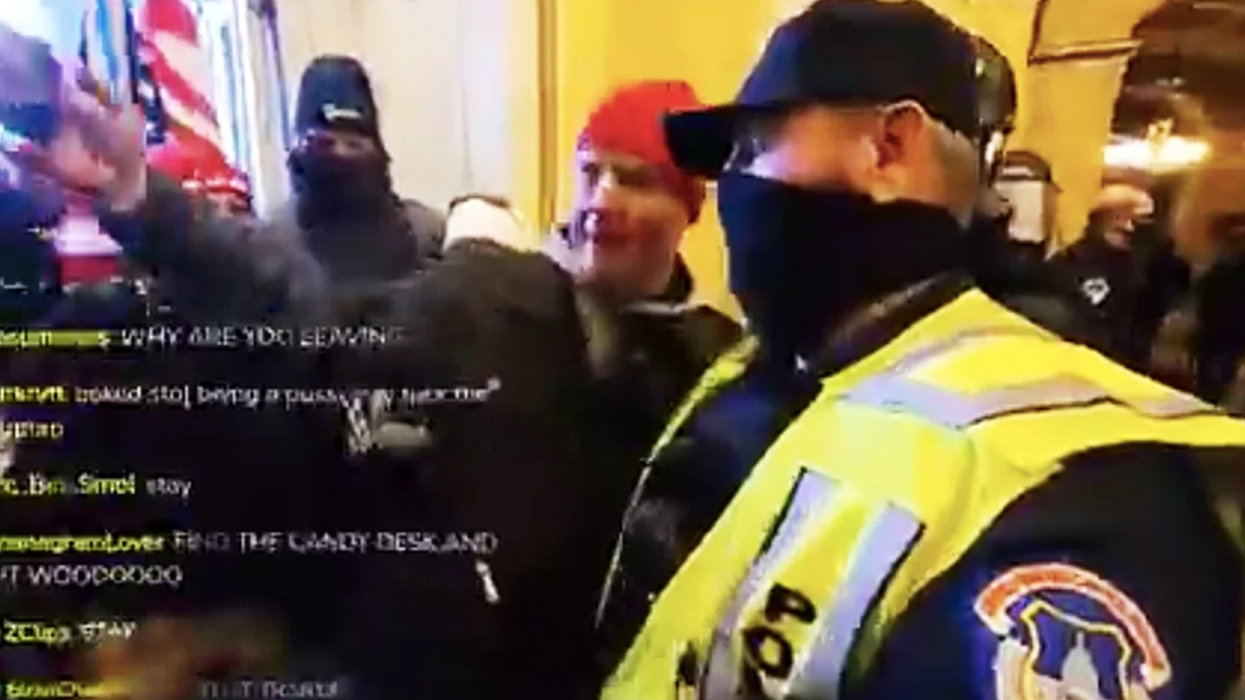 The U.S. Capitol breach has left the vast majority of Americans reeling as anticipation builds for what's next. Now, the Federal Bureau of Investigation (FBI) and other law enforcement agencies are working to identify those who were involved in the insurrection and hold them accountable for their actions. However, many are wondering exactly what charges could they face for their involvement.

A new editorial published by Mother Jones breaks down the list of charges Trump supporters could face for their descent on the U.S. Capitol. Prosecutors could pursue an array of charges against members of the pro-Trump mob. Those charges include: "destruction of government property, rioting or inciting to riot, conspiracy, burglary, assaulting a police officer, carrying a dangerous weapon, unlawful entry, prohibited entry into restricted grounds, seditious conspiracy, and insurrection."

Those who could be held accountable for the breach range from "those who rioted outside the Capitol to some of the nation's leaders, including the president," according to the publication. However, it may not stop there. Others who can be identified could also face charges, some of which could carry prison sentences up to 20 years behind bars.

Somewhere in between are members of the mob that stormed the Capitol, especially their ringleaders. The maximum sentences for crimes such as seditious conspiracy can run as high as 20 years, although most of the people I interviewed considered multi-decade sentences unlikely.

Bennett Gershman, a Pace University law professor law and former Manhattan District Attorney's office prosecutor who now serves as a New York State Anti-Corruption Office special prosecutor, also weighed in with his take on the obvious charges attendees could face like "unlawful assembly" but he also noted that "this goes to a scale that is so far beyond just simple protest or demonstration."

He added, "This is mob violence against persons and property. These people were engaging in insurrection against our democracy—against the Constitution," he added. "So I would look carefully at terroristic crimes and physical violence in pursuit of terroristic objectives."

So, far, law enforcement agencies are working to identify individuals who were involved in the insurrection.