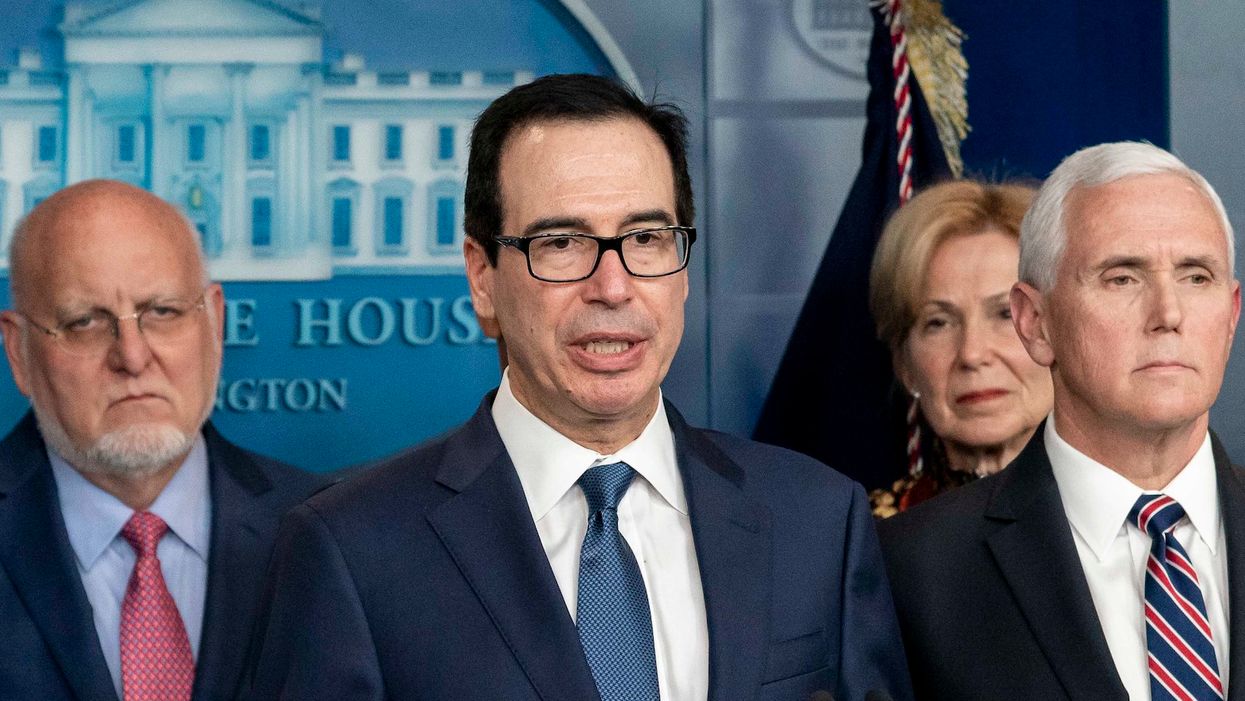 Hey, want to get upset over something other than, you know, 400,000 dead Americans due to staggering administration incompetence, or the whole "a significant percentage of the United States population supports a violent fascist coup" thing? Sure you do.

You might remember Trump Treasury Rich Guy Steven Mnuchin moving to axe nearly a half billion in emergency pandemic lending after Donald Trump lost his bid for reelection, under the pretense that Our Work Here Is Done or somesuch—this, after slow walking distribution of emergency funds in the first place.

One business sector that did very well by the Trump administration's distribution of emergency funds, however, was the private jet industry.

Yeah, the private jet industry. No, we're not in a Great Gatsby remake. This is just how things work now.

Accountable.US reports that private jet companies, as a group, made out pretty well when it came to handing out emergency pandemic funds. Private jet companies received over $643 million in federal aid, spread across three emergency programs. The majority, over half a billion dollars, came in grants from the Payroll Support Program.

"[A]t least 49 private jet companies have been given access to all three programs, taking up to $87.38 million in federal COVID stimulus funds between them," notes the report.

What can you say? They've got lobbyists, and you don't.

So then: How mad should we be about this? It's hard to immediately say. It is true that we do not want workers out of work, not even workers who cater primarily to an upper class that does not particularly care whether the rest of us live or die. It is also true that those industries are among the most expendable in the nation. Like cruise lines, there is a strong case to be made that pushing the entire industry into a crevasse and covering it over would do significantly more worldwide good than harm.

What wasn't being done, while we kept the private jet industry afloat lest our minor celebrities and executives of mid-tier spendthrift companies be forced to share cabin space with riffraff, is coming up with a plan to stave off a depression-level homelessness crisis after eviction moratoriums expire. Or a plan to distribute the vaccines that were urgently demanded, until the administration lost interest. Or any federal food distribution plan that did not rely primarily around the principle of Sucks To Be You.

How much would it have cost to give every household in America a rotating supply of droplet-filtering masks? Not a whole lot, right?

We could have even chartered all the private jets in the nation to help deliver them. It wouldn't have been the most efficient plan, but we could have met halfway on this one.