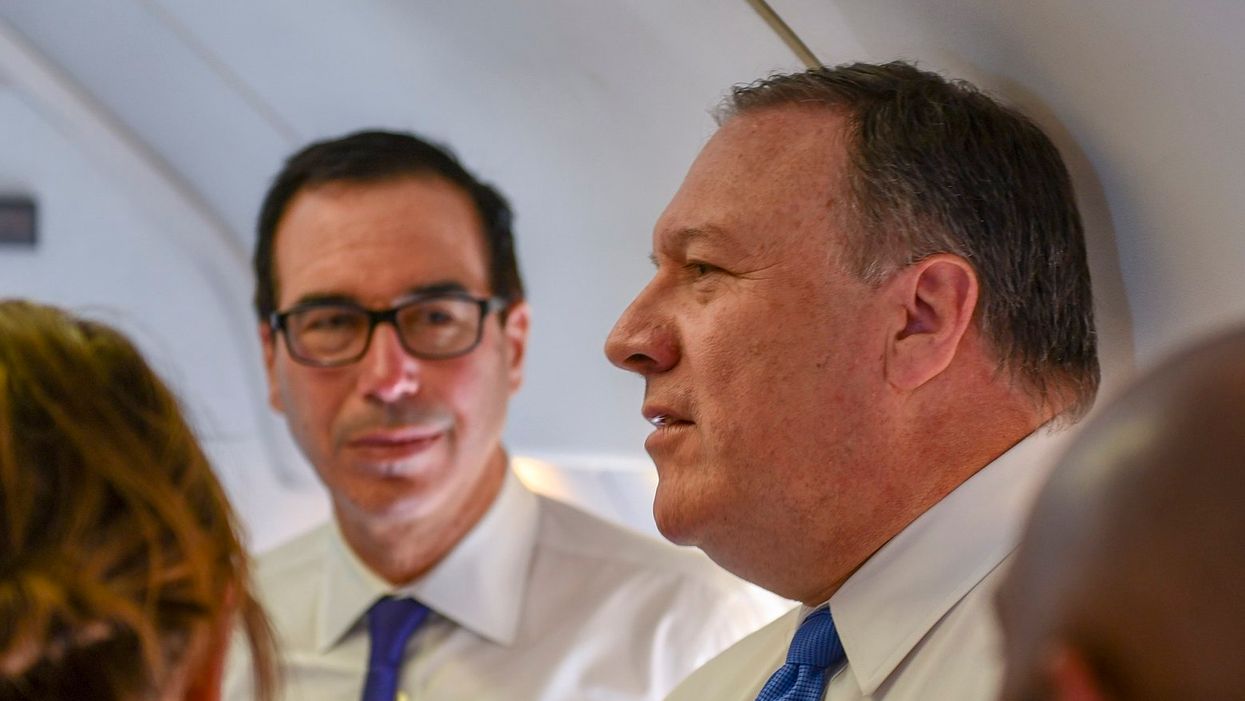 As the walls continue to cave in on President Donald Trump's presidency, many of his cabinet members have opted to jump ship. Now, reports have surfaced about the remaining members of the Trump administration who have participated in discussions about invoking the 25th Amendment.

According to CNBC, three inside sources have confirmed that Secretary of State Mike Pompeo and U.S. Treasury Secretary Steven Mnuchin reportedly conducted discussions about the 25th Amendment within their own departments. However, some pushed back against the idea of moving forward with the president's removal due to a number of factors that could serve as obstacles for the initiative.

Those factors are highlighted below:

First, the legal process itself was estimated to take more than a week, negating any immediate effect it would have. Inauguration Day was only two weeks away.

Second, it was unclear whether the three secretaries serving in "acting" roles without Senate confirmation would be able to cast a vote.

Third, they had concerns that forcing Trump from office could further stoke tensions among his base and make him a hero of the far-right, doing more bad in the long term than good in the short term.

A former official for the Trump administration also weighed in about the discussions saying: "The general plan now is to let the clock run out. There will be a reckoning for this president, but it doesn't need to happen in the next 13 days."

As for Pompeo, the report suggests he "may have been gathering information in preparation for a Cabinet discussion, even if he himself was not willing to personally lead the effort."

However, other cabinet secretaries have confirmed that they have not been contacted, as of yet. During a brief discussion with news reporters, Agriculture Secretary Sonny Perdue weighed in on the discussions of the 25th Amendment.

"I've had no contact with other Cabinet members in that area, nor do I expect to have any," Perdue told a group of reporters in his home state of Georgia just days after his cousin Sen. David Perdue (R-Ga.) lost the state's Senate runoff. "I know some people have issued their resignations, which as I mentioned, is their prerogative."

The latest development comes amid an avalanche of resignations from Trump administration officials. As of Friday, Jan. 8, nearly one dozen White House officials have resigned from the president's cabinet following the disturbing insurrection that took place on Capitol Hill on Wednesday.