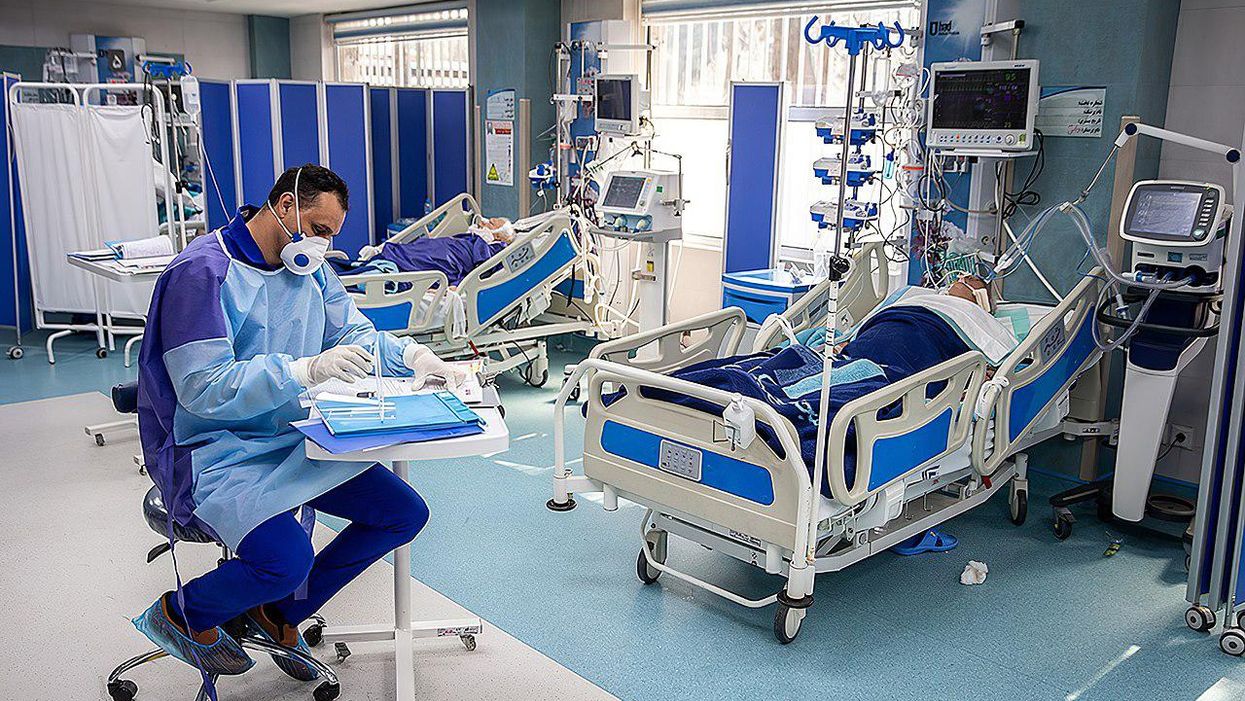 With an even more contagious strain of COVID-19 spreading rapidly, the U.K. has announced a third round of lockdowns that involve some of the strictest measures taken so far. The national lockdown and stay-at-home order has tight restrictions on who is allowed to leave home to work, and what other activities can take place outside the home. All schools are to remain closed or online, except for schools set up to handle the children of critical workers.

The new, rapidly spreading strain added just under 59,000 new cases in the U.K. on Monday, which is more than double where that nation was a month ago. However, it's still only a fraction of the new cases still appearing each day in the United States where the new restrictions include … nothing at all. With Donald Trump focused 100% on holding onto power by spreading lies about election fraud, there have been no new federal guidelines, no public announcements from the coronavirus task force, and no sign that anything is being done to address the obvious shortcomings of the vaccine distribution system. Meanwhile, American schools are attempting to reopen following the surge, on surge, on surge holidays, and finding they have a problem—so many teachers are sick classes can't be held.

And in Los Angeles, ambulance drivers are being forced to engage in triage, leaving those with little chance to die at home.

As The Atlantic reports, for many school districts the question of reopening schools in person is no longer a question. Because there is no one available to staff the classrooms. The shortage isn't happening because unions are adding rules designed to enhance teacher safety, or because teachers are staging any kind of protest against working during the pandemic. It's happening because there are simply too many teachers who are either sick, or are in quarantine. And school districts are finding that COVID-19 spreads more quickly than they are able to find replacements.

But the decisions that school districts are making seem almost simple next to the burden now being placed on ambulance drivers in Los Angeles. With hospitals there so full that patients are being treated in the gift shops, the bar for being admitted to the ICU and to ordinary patient rooms has been raised higher and higher. Many patients who would have been admitted a month ago, are being sent home—even if that means they will soon be back in worse condition—because there is neither space nor resources to treat them. Ambulances have also been under a crunch, as the number of units available is simply not enough to meet the sudden spike in demand. Patients are either waiting hours for a ride, or waiting hours at the hospital when they arrive.

Now those hospitals are taking it one step further. As CNN reports, the EMTs and paramedics in the area's ambulances are being asked to practice triage on patients even before they arrive at the hospital. They're being told "not to transport" patients with little chance of survival. That's not just COVID-19 patients, but those involved in accidents or suffering heart attacks. An injury or illness that might have been treated before Christmas is now fatal, because the hospitals have few options. Similar steps were taken in New York last April, when the initial surge of cases overran facilities there.

The Los Angeles Times reported that hospital crews have also been ordered to "cut back on the use of oxygen." Even though oxygen can be generated by concentrating it from the air, the demand has been so high that supplies are critically short. Ambulances and emergency rooms are now providing oxygen only to those whose saturation level has fallen below 90%.

As the COVID-19 Tracking Project reports, Los Angeles isn't the only place in immediate trouble. With hospitalizations up across the nation, it's the South that's seeing both the largest surge of new cases and the biggest growth in hospitalization. States like Texas have surpassed the worst numbers of the summer surge in that region. So has Arizona.

At the moment, it's difficult to see just how many cases are really coming in. That's because lapses in reporting over the holidays and a general decrease in testing have resulted in rates of positive tests above 20% in at least a dozen states.

Among those states is Tennessee, where Republican Gov. Bill Lee has announced his very own, very special means of dealing with the pandemic. Rather than planning vaccination events or upping the amount of testing to drop the number below a currently abysmal 25% positive, Lee is instead putting the state in charge of … prayers. He will regularly be dispatching new topics for citizens so they can help in "praying for the needs we face in 2021 surrounding COVID-19."
From Your Site Articles
Report typos and corrections to: feedback@alternet.org.