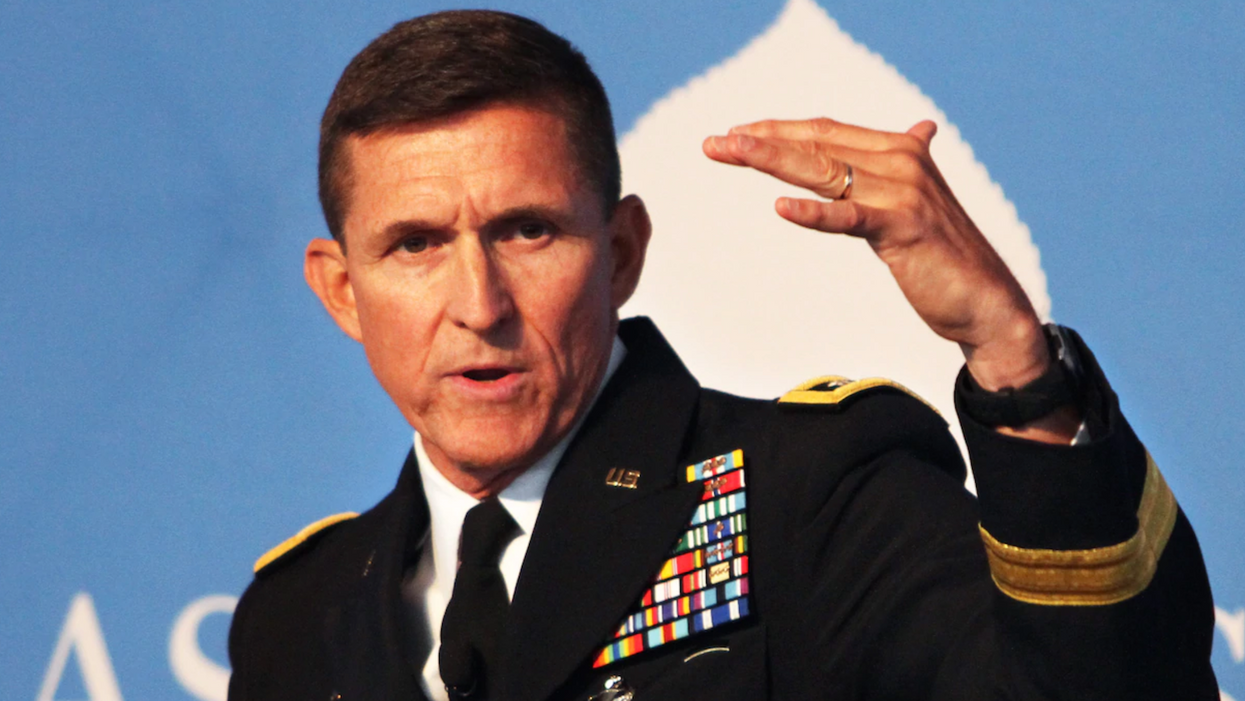 President Donald Trump can't stand rejection, and his campaign has had a lot of it since the 2020 presidential election — from judge after judge dismissing his legal team's election lawsuits to the Electoral College certifying President-elect Joe Biden's victory. Following all that rejection, journalist Charlotte Klein stresses in an article published by Vanity Fair on December 20, Trump and his supporters are resorting to increasingly extreme ideas in the hope of preventing Biden from being inaugurated less than a month from now.

"Having effectively exhausted his legal options — at least 86 judges, including dozens appointed by Republicans, have shut down the president's unprecedented attempt to overturn his defeat through the courts — Donald Trump is apparently now entertaining even more anti-democratic paths to preserving his power," Klein explains. "During a White House meeting on Friday, nearly a week after the Electoral College certified Joe Biden's victory, Trump reportedly discussed invoking martial law to overturn his losing election result — a strategy one of the meeting's attendees, former national security adviser and recent pardon recipient Michael Flynn, had recently proposed on cable television."

According to New York Times reporters Maggie Haberman and Zolan Kanno-Youngs, far-right Republican attorney Sidney Powell was also present in the White House during that Friday, December 18 meeting with the president — who floated the idea of choosing her as a special counsel to oversee an investigation of voter fraud. Powell, in her lawsuits, has been alleging that Trump was the victim of widespread voter fraud during the election but has offered no proof of it.

Klein writes, "As others in the room pointed out Powell's failure thus far to support her fraud claims with verifiable evidence, (Powell) 'accused other Trump advisers of being quitters,' according to the Times. Another reported an idea weighed during Friday's meeting was an executive order to seize voting machines to examine them for alleged fraud, after Giuliani separately asked the Department of Homeland Security to do so earlier in the week — apparently to no avail."

Flynn isn't the only Trump supporter who has been urging Trump to declare martial law. Far-right Georgia-based attorney Lin Wood, who has been working closely with Powell on election-related lawsuits, has also made that frightening recommendation:

Haberman and Axios' Jonathan Swan have both posted tweets noting how worried some people in Trump's circle have been about the increasingly extreme ideas they are hearing:

"People who are concerned and nervous aren’t the weak-kneed bureaucrats that we loathe," the official added. "These… https://t.co/9T20qNvsE5
— Jonathan Swan (@Jonathan Swan)1608409339.0

Sources who have gotten used to Trump’s eruptions over four years sound scared by what’s transpired in the past wee… https://t.co/T987pKpYEB
— Maggie Haberman (@Maggie Haberman)1608409718.0

Klein points out that "concern about the president's increasingly desperate quest to remain in power has intensified among those in Trump's circle," noting that a senior administration official, quoted anonymously, told Axios, "People who are concerned and nervous aren't the weak-kneed bureaucrats that we loathe. These are people who have endured arguably more insanity and mayhem than any administration officials in history."