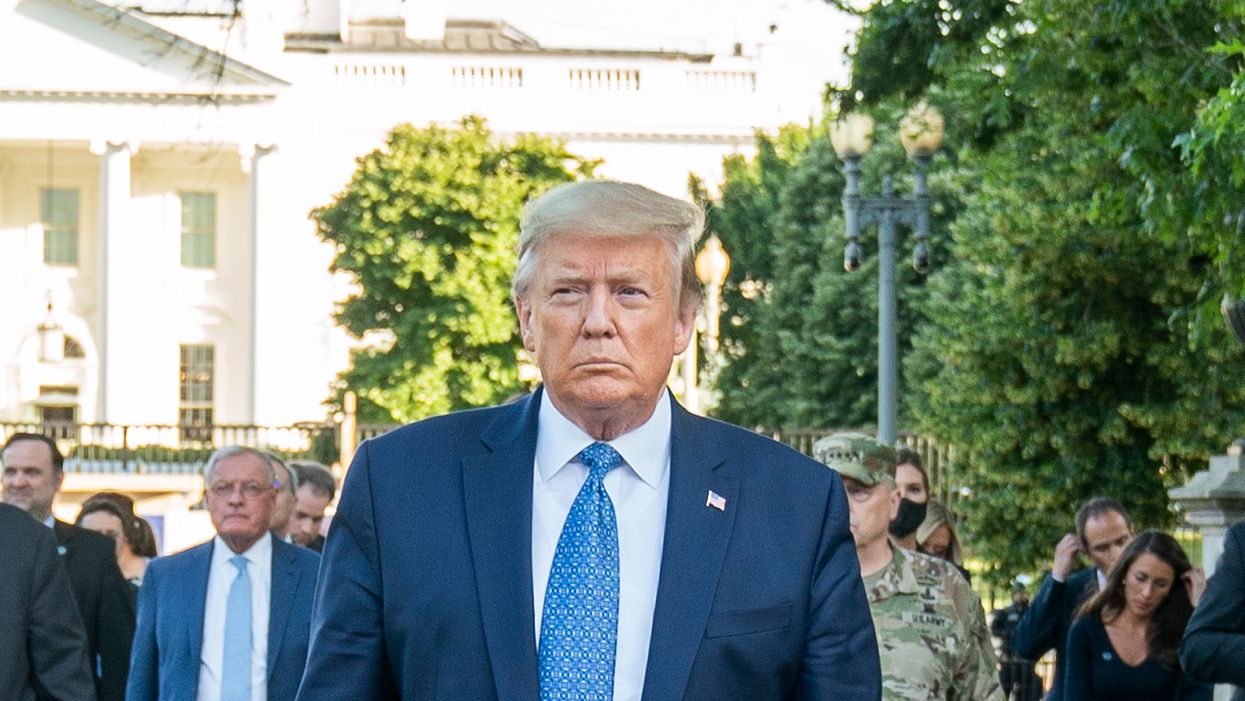 President Donald Trump's adamant push for $2,000 direct stimulus payments may have caught the attention of Americans everywhere, but there are several reasons why the president's pivot was likely part of a bigger picture.

With less than 30 days left in his presidency, Trump has a growing list of Republican leaders he is displeased with due to what he perceives as their failure to fight harder to overturn the results of the presidential election.

According to Axios, the president's actions on Tuesday, Dec. 22 may have been part of a ploy to serve three different purposes, including causing chaos and division within the Republican Party. During his impromptu speech, the president blasted lawmakers over the COVID-19 relief bill, which is part of a larger government spending bill negotiated by Trump's own allies.

"Trump wants the Republican Party to remain beholden to him and is desperate to retain his GOP power past Jan. 20. Top Republicans are increasingly queasy about the two runoffs in Georgia on Jan. 5 that will determine which party controls the Senate. Last night's White House actions undermine the GOP Senate candidates by fomenting turmoil and distraction, and robbing the senators of a clear win on the stimulus."

Shortly after the press conference, Trump fired back at Senate Republicans via Twitter with direct attacks on Senate Majority Leader Mitch McConnell (R-KY) and Senate Minority Whip John Thune (R-SD). Trump appears to be on a warpath to take down as many Republicans as he possibly can on his way out of the door.

He tweeted, "Republicans in the Senate so quickly forget. Right now they would be down 8 seats without my backing them in the last Election. RINO John Thune, "Mitch's boy", should just let it play out. South Dakota doesn't like weakness. He will be primaried in 2022, political career over!!!"

Republicans in the Senate so quickly forget. Right now they would be down 8 seats without my backing them in the la… https://t.co/XgaCV0IqAm
— Donald J. Trump (@Donald J. Trump)1608684883.0