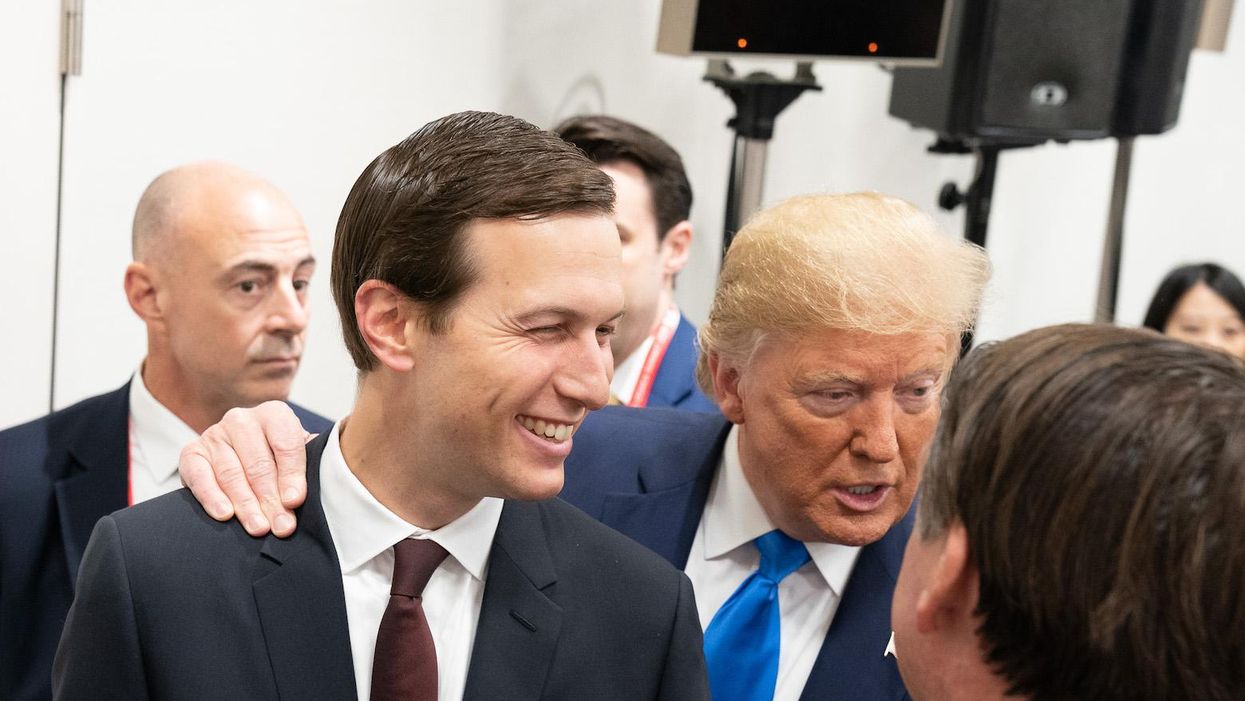 The U.S. Department of Justice over the summer investigated one of the Trump campaign's top fundraisers, and lawyer for the president's son-in-law, Jared Kushner, for his possible involvement in an alleged scheme to offer bribes in exchange for clemency to be granted for a tax crimes convict, according to The New York Times.

On Tuesday, Chief Judge Beryl A. Howell of the United States District Court for the District of Columbia unsealed court documents outlining an investigation into a bribery scheme involving Trump fundraiser, Elliott Broidy, and Kushner's lawyer, Abbe Lowell. Although the documents confirm the existence of the investigation, the publication reports that the documents had been heavily redacted.

It has been reported that Sanford Diller — a billionaire real estate developer in San Francisco — reportedly asked Broidy and Lowell for assistance in securing clemency for a Berkeley psychologist named Hugh L. Baras, who was facing time in federal prison following his conviction of .tax evasion and improperly claiming Social Security benefits. If clemency were granted to Baras, Diller allegedly agreed to make "a substantial political contribution" to an unspecified recipient in exchange for the pardon."

To secure the agreement, someone reportedly appealed to the White House Counsel's Office to confirm that the "clemency petition reached the targeted officials." However, after Diller passed away in February of 2018, the full exchange was never carried out. According to Reid H. Weingarten, Lowell's friend and lawyer, claims no bribes were ever paid.

"This is much ado about precious little," Mr. Weingarten said. "They investigated and concluded that nothing was amiss. In addition, prosecutors did not have the slightest issue with Abbe."

An attorney for Broidy also insists that although his client only played a minor role in the situation, he is guilty of no wrongdoing.

"Mr. Broidy was asked by Mr. Diller to refer him to a D.C. lawyer who could assist on a clemency petition," said the lawyer, William A. Burck. "Mr. Broidy sent him to Abbe Lowell. That's not lobbying, and Mr. Broidy is not under investigation and has not been accused by anyone of any wrongdoing whatsoever."

The court filings were unsealed following a decision by Judge Howell to give prosecutors access to email records to further investigate the alleged scheme. After reviewing a small number of the emails, Judge Howell determined that she did not believe the email correspondence was a violation of attorney-client privilege.