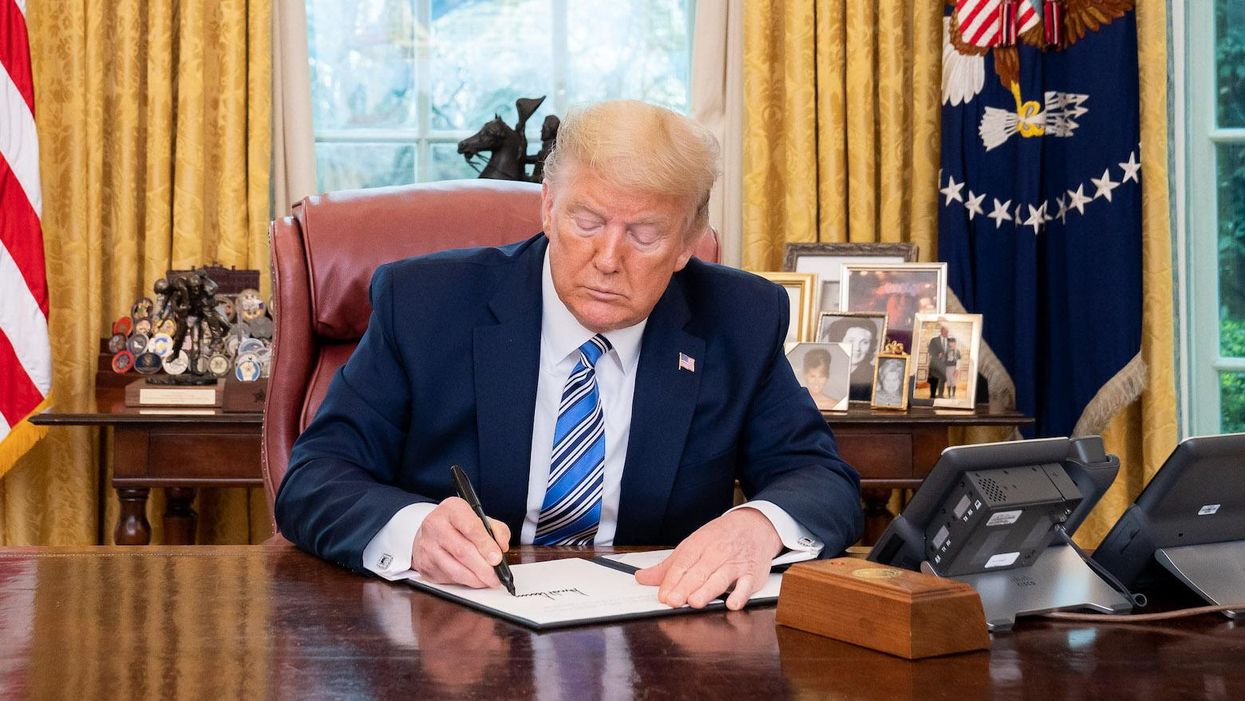 Before the November 3 election, President Donald Trump's former personal attorney, Michael Cohen, warned that if Trump lost to former Vice President Joe Biden, there was no way he would graciously accept the election results — and sure enough, Trump continues to claim he was the real winner even though Biden won 306 electoral votes and defeated him by more than 6 million in the popular vote. Cohen discussed Trump's response to Biden's victory during an interview with New York Magazine's Jeff Wise, stressing that the vindictive "monster" and outgoing president will do everything he can to undermine Biden in the weeks and months ahead.

Trump and his legal team are claiming, without evidence, that he was the victim of widespread voter fraud in Georgia, Arizona, Pennsylvania, Wisconsin and other battleground states that Biden won. And according to Cohen, the fact that Trump's voter fraud claims have no merit doesn't mean that they aren't profitable.

"It's all a shameless con job," Cohen told Wise. "He sees his claims of fraud as driving up donations — there's nothing behind it beyond greed. Trump is using the moment to raise money. The number is actually shockingly large: over $150 million, a majority of it from small-dollar donations. This money is not going to his Election Defense Fund; it's to keep him relevant in the GOP and launch his media brand. It's all about money and power, and you need one to get the other."

Michael Cohen once declared that if Trump were to lose the 2020 election, “there will never be a peaceful transitio… https://t.co/fXZGmQf14S
— New York Magazine (@New York Magazine)1607001730.0

When Wise asked Cohen if Trump actually believes his voter fraud claims, he responded, "There is that part of him that cannot accept losing. In his mind, the only way Biden could have won is through fraud. He has convinced himself of a narrative and is being fed back what he wants to hear from sycophants. The only one of these scumbags who truly believes this crap is (attorney) Sidney Powell, but she is legitimately insane."

Cohen, who voted for Biden, noted that Trump still has millions of diehard supporters who will contribute to his Save America PAC. The former Trump Organization attorney predicted, "he'll continue to suck from the veins of his MAGA faithful while chipping away at the Biden presidency, casting doubt on the legitimacy of the election — all of this is in service of a Trump 2024 run for president and his return to power. If this happens, all bets are off. He will try to change the Constitution and give himself a third term."

According to Cohen, "Every moment is a moment to dominate and win. Where some would see a lame-duck presidency, Trump views an opportunity to leverage power by granting pardons, raising money and setting himself up for the future."

During the interview, Cohen also predicted that after Trump leaves the White House on January 20, 2021, he "will be indicted, along with his sons" by Manhattan DA Cyrus Vance, Jr. "as part of the widening probe into criminality and fraud at the Trump Organization." And Trump, according to Cohen, has good reason to be afraid of Vance's office.

Cohen told Wise, "The bill is coming due, and it's going to be nasty…. I believe he will do anything and everything to stay out of prison. It terrifies him. If he can find a way to pardon himself, he will do it."