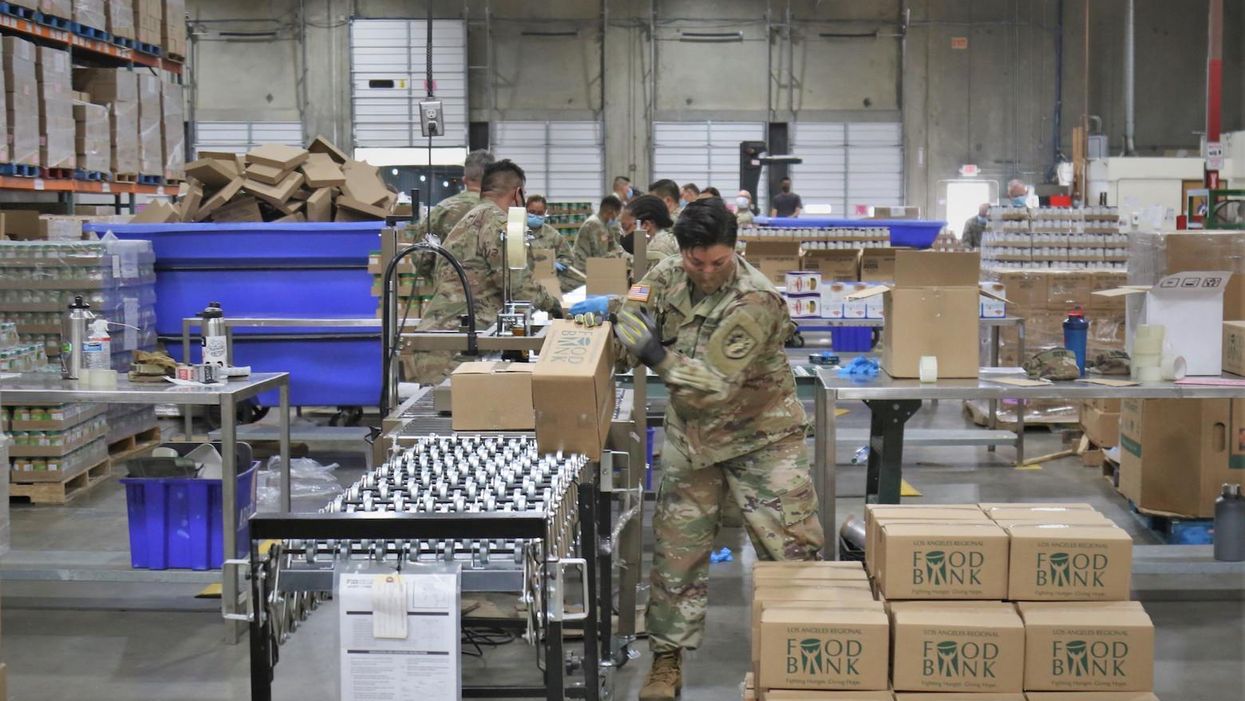 When President Donald Trump departs the White House next month, he will leave in his wake a nation devastated by a pandemic he failed to confront and an economic scene characterized by rising poverty, widespread hunger, a looming eviction tsunami, and mass layoffs that have left the U.S. with fewer jobs than when his administration began.

And for that, a scathing new report (pdf) by Democrats on the congressional Joint Economic Committee (JEC) argues, the outgoing president "only has himself to blame."

Released Friday in response to the 2020 Economic Report of the President (pdf), the assessment of Trump's economic performance during his four years in office runs directly counter to the rosy depiction frequently offered by the president himself, who seldom missed an opportunity to boast about the state of the stock market even in the midst of nationwide material suffering brought on by the coronavirus pandemic.

"American businesses and workers are struggling to survive because President Trump refused to listen to advice from public health experts and economists about the best way to handle the coronavirus," Rep. Don Beyer (D-Va.), the incoming JEC chair, said in a statement. "In fact, his handling of the coronavirus will hurt the economy for years to come. That is President Trump's economic legacy—one of the worst among all U.S. presidents."

The new report examines Trump's economic record dating back to the beginning of his administration, which began with soaring promises on jobs, trade, wages, healthcare, and other key policy matters.

While Trump inherited an steadily improving economy, the president "failed to pursue policies that would sustain and strengthen the economic expansion," the JEC report argues.

As many analysts predicted before its passage and implementation, the $1.5 trillion Tax Cuts and Jobs Act that Trump signed into law in December of 2017 delivered most of its benefits to the rich and failed to produce anything resembling an economic boom.

"President Trump's televised claim that the tax cuts would be 'one of the great Christmas gifts to middle-income people' proved to be deeply misleading," the JEC report notes. "Analysis reveals that the tax cuts heavily favored the very wealthy, with the top 1 percent of households—those with average incomes of almost $2 million—projected to receive an average tax break of nearly $50,000 in 2020."

While the president's economic performance prior to the coronavirus pandemic was far from successful, Trump's handling of the Covid-19 crisis and resulting economic collapse was catastrophic, pushing millions more into poverty and leaving countless Americans unable to afford basic necessities. At present, the U.S. has around 10 million fewer jobs than it did at the start of the pandemic.

NEW: Nearly 8 million Americans have fallen into poverty since the summer. It's the fastest rise in poverty in the… https://t.co/mFZEHmnM2Y
— Heather Long (@Heather Long)1608125887.0

The JEC observes that after Congress and the White House approved the $2.2 trillion CARES Act in March—providing a temporary $600-per-week boost to unemployment benefits and a round of one-time stimulus payments to many Americans—"the administration and Senate Republicans refused to work to negotiate another package until a few weeks before the expiration" of the unemployment supplement, a lapse that dramatically slashed the incomes of millions of people.

"The administration's mismanagement of the coronavirus, and its grudging response to limit the resulting economic damage, have exposed and widened vast structural inequalities," the report states. "Low-income workers and people of color have been most harmed by Covid-19 and the ensuing recession. They are more likely to be exposed to the virus, to be hospitalized and to die from it."

The JEC Democrats conclude that "by all objective measures—job growth, unemployment, gross domestic product—President Trump leaves the economy in much worse condition than he found it."

"However, the numbers do not tell the whole story—his failure to use the power of the presidency to fight the coronavirus will weigh down the U.S. economy for years to come," the report says. "His successor will be left with an extraordinary challenge—to reverse the failures of the Trump administration. He must also move beyond them to ensure that the United States builds back better from this crisis, fully utilizing the talents and resources of all of its people to build an economy that is fairer, stronger, more inclusive, and more resilient."