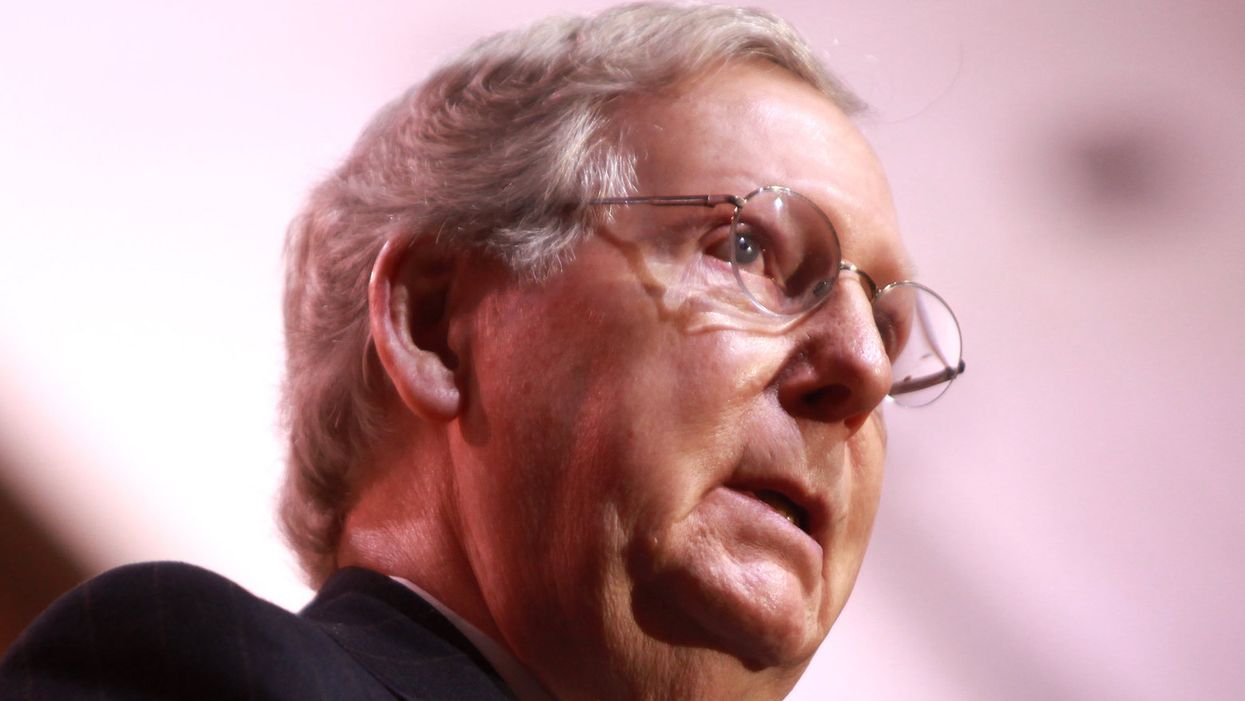 Despite substantial bipartisan support for an increase in stimulus payments for Americans, Senate Majority Leader Mitch McConnell (R-KY) has blocked progress, yet again.

During the latest Senate hearing, McConnell spoke about overriding President Donald Trump's veto of the defense bill as he shut down Minority Leader Chuck Schumer's (D-NY) request to vote on $2,000 direct payments to American workers.

"For 59 consecutive years and counting, Washington has put our differences aside, found common ground, & passed the annual defense bill," McConnell said. "Not once in six decades has a Congress let its differences prevent it from completing this work for its national security."

McConnell did not explain why he refuses to hold a vote on stimulus checks.

As a result of McConnell's latest actions, he has been met with opposition from an overwhelming number of frustrated Americans.

Political analyst Jared Sexton tweeted, "Mitch McConnell's entire job is to keep the government from doing literally anything to help the American people, lest they start believing again that it is capable of making their lives even the smallest bit better."

Famed actress Patricia Arquette posed a question to Georgia voters tweeting, "#Georgia are you sick of Mitch McConnell having so much power? Are you sick of him killing bills that could help small businesses & families? You can do something to teach him a lesson. Vote [Ossoff] and [Reverend Warnock] and put Mitch in his place."

Everyone who voted for Mitch McConnell should explain it to themselves in the mirror, just so they can see how stupid they look.
— John Collins 🌊 (@John Collins 🌊)1609266964.0

Others also noted the consequences Senate Republicans could face as a result of McConnell's latest actions.

Another Twitter user wrote, "Lose/lose if GOP doesn't vote for 2k. They lose voters, Georgia and the top 1% loses protections guaranteed them by a GOP-controlled Senate. I'm not quite sure that the GOP Senators fully appreciate the fury that will follow a poison pill situation. People are paying attention."

With the Georgia runoff just days away, McConnell's decision could greatly impact Republicans' ability to maintain control of the Senate. The Georgia Senate runoff is scheduled for Jan. 5.