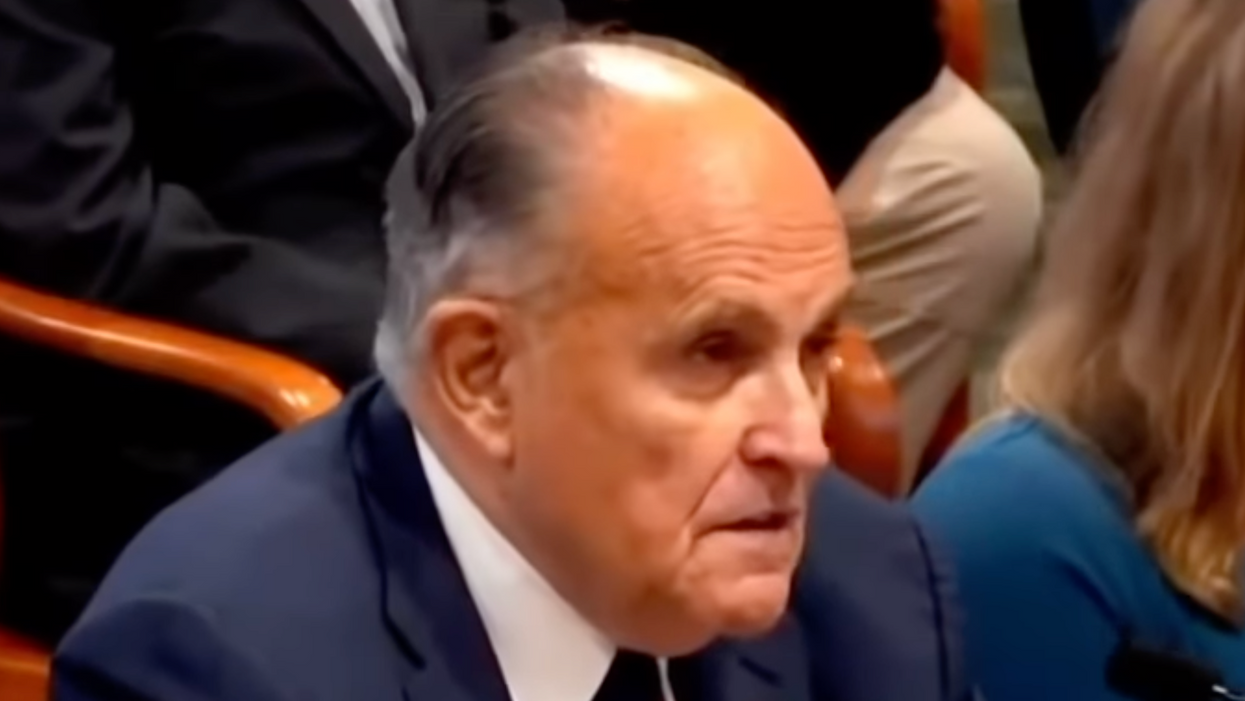 Rudy Giuliani, the personal attorney of Donald Trump, has repeatedly and thoroughly discredited himself by pushing far-fetched lies about how President-elect Joe Biden allegedly stole the election. But just when you thought he couldn't get any lower, he's now on YouTube selling cigars and gold coins on his personal YouTube channel.

As Giuliani's 473,000+ subscribers on YouTube channel already know, the former New York mayor releases a weekly show of conservative spin. The most recent installment claims that former Democratic presidential nominee Hillary Clinton was colluding with Ukraine to benefit Biden, and the Democrats are all corrupt criminals and so on and so forth.

But the true highlights(?) of his program are the commercials featuring him hawking commemorative coins and smokes. Here's a taste.

"If you want a good cigar, go to a good cigar shop. If you want the best, go to Famous Smoke shop," he begins. "Let Famous Smoke deliver your favorite cigars right to your doorstep at America's lowest price.... From affordable everyday smokes to high-end luxury cigars for your next special occasion."

His coin advertisement is a bit more groan-worthy:

"I accomplished a lot in 2020, exposing the truth, establishing the relationship with you, working tirelessly for America. And I came to know the work and value of the people at American Hartford gold. You see, you buy gold, not only for what you know. But you buy gold for what you don't know," he says. "Give them a call and tell them, Ruby sent you. And be sure to ask them what I bought. And if you call them right now, they will give you up to $1,500 of free silver on your first order. Folks, these are uncertain times. The one thing you can count on, to protect what you have worked so hard for, is physical gold and silver."

While it's hardly shocking for celebrities to appear in commercials for extra money, it's rare if not completely unprecedented that the president's own lawyer should push smokes and coins in their own self-published show of conspiracy theories.