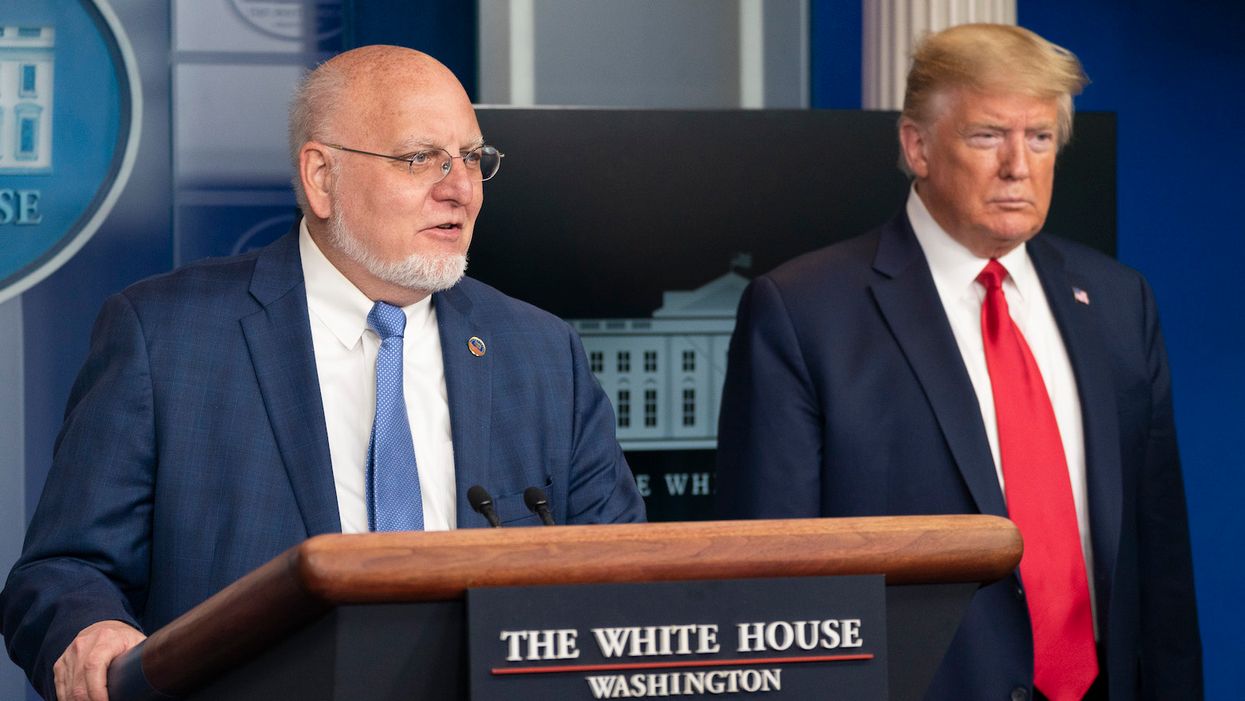 Dr. Robert Redfield, director of the Centers for Disease Control and Prevention (CDC), asked members of his staff to discard an email from a Trump-appointed political figure seeking to manage the public health agency's COVID-19 reports, according to a senior official.

During a private interview on Monday, Morbidity and Mortality Weekly Report (MMWR) editor Charlotte Kent spoke with investigators as she shared details about the email she received from Paul Alexander, the former scientific adviser to Health and Human Services (HHS) representative Michael Caputo.

According to Kent, that the Aug. 8 email was an attempt by Alexander to dilute the publication's report and manipulate it to align with President Donald Trump's downplaying of the pandemic. She also confirmed she was told to delete that particular email.

"I was instructed to delete the email," Kent told investigators. "I went to look for it after I had been told to delete it, and it was already gone."

In response to the claim, Rep. Jim Clyburn (D-S.C.), chairman of the House Subcommittee on the Coronavirus Crisis, penned a letter addressed to Redfield and Health and Human Services Secretary Alex Azar as he warned about the illegalities and legal consequences of destroying federal records.

Despite heightened scrutiny from House Democrats, Redfield previously waved off speculation of political interference in his agency's handling of the pandemic.

"I just want to assure you and the other senators and the American public, that the scientific integrity of the MMWR has not been compromised," Redfield told a Senate committee on Sept. 16. "It will not be compromised on my watch."