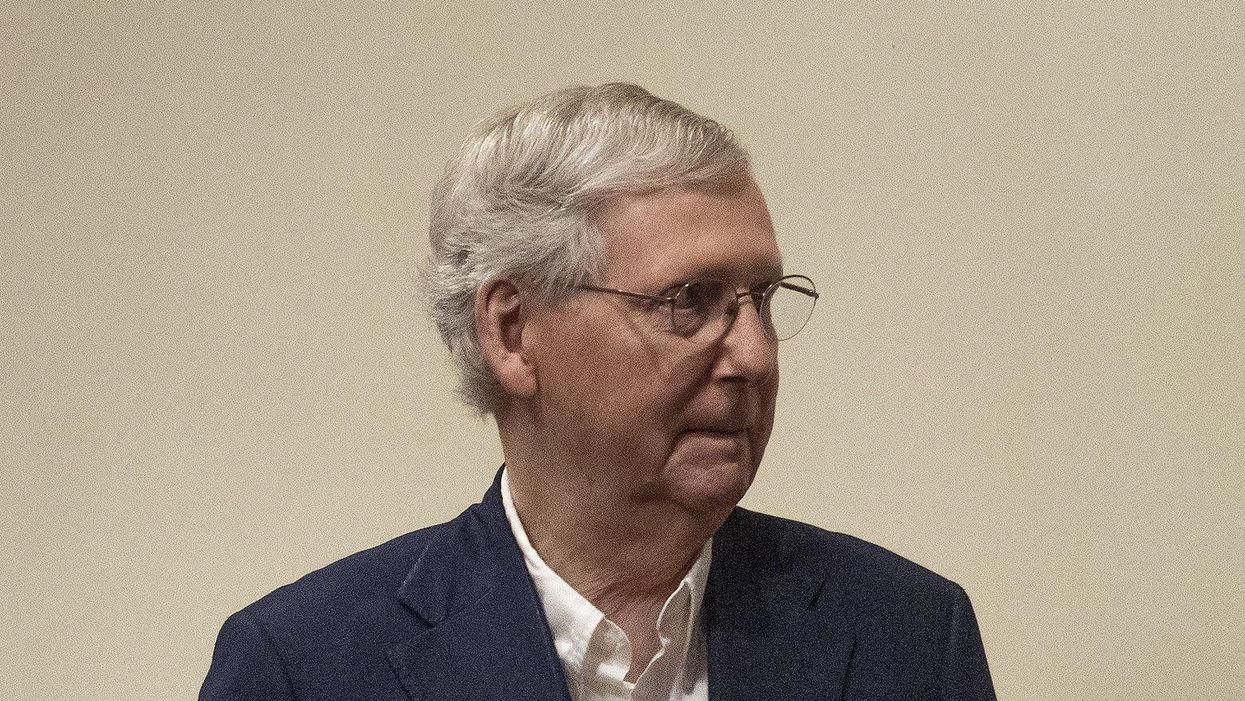 In late-night votes just hours after nearly 5,600 pages of legislative text were released, the U.S. Congress on Monday night approved trillions of dollars worth of government funding and coronavirus relief that will temporarily avert a catastrophic expiration of key benefits, send $600 direct payments to many Americans, and provide billions of dollars in handouts to the rich.

The entire Senate Democratic caucus and every Republican but six voted for the roughly $900 billion coronavirus relief legislation, which was paired with a $1.4 trillion spending package that will fund the federal government through next September. Just two House Democrats—Reps. Rashida Tlaib (D-Mich.) and Tulsi Gabbard (D-Hawaii)—voted against the coronavirus relief portion of the sprawling package (pdf), which President Donald Trump is expected to sign.

"I voted against the latest Covid-19 relief legislation because it is woefully inadequate in addressing the needs of people," Tlaib said in a statement late Monday. "I have watched as many of my colleagues rush to provide billions to corporations and wealthy individuals, while admonishing the needs of the majority of families."

"Republicans continue to do all they can do to poison our society further with corporate greed, while abandoning the very people they are supposed to be working for," Tlaib added. "This is evident by the inclusion of the 'three martini lunch' tax giveaway."

The tax deduction for business meals was one of several giveaways to wealthy Americans stuffed in the mammoth legislative package, which was made available to read Monday afternoon after reported computer issues delayed its release. Rep. Alexandria Ocasio-Cortez (D-N.Y.) was one of several lawmakers who publicly expressed outrage at the lack of time lawmakers were given to read the bill before voting on it.

"Members of Congress have not read this bill. It's over 5000 pages, arrived at 2 pm today, and we are told to expect a vote on it in two hours," tweeted Ocasio-Cortez, who voted against a rule paving the way for speedy passage but ultimately voted yes on the coronavirus aid portion of the package. "This isn't governance. It's hostage-taking."

While the contents of the enormous legislative package are still being combed, progressives noted and denounced the inclusion of billions of dollars in gifts to wealthy Americans—benefits made more obscene by the bill's inadequate relief for people who are hungry, sick, unemployed, and facing eviction.

"Pathetic," said Sen. Bernie Sanders (I-Vt.), pointing to the bill's $120 billion handout to rich business owners and other provisions that will disproportionately benefit the wealthiest people in the country during the most unequal recession in modern U.S. history.

The Vermont senator voted for the relief legislation, noting that "the average family of four will receive a direct payment of $2,400."

"While including these direct payments ultimately improved this bill, given the enormous economic desperation that so many working families across this country are now experiencing, there is no question but that this legislation did not go anywhere near far enough," Sanders said in a statement.

As the Washington Post's Mike DeBonis pointed out, the bill's "three martini lunch" tax deduction is projected to cost the federal government $328 billion in revenue over 10 years, "roughly the price tag for another round of CARES Act-sized checks"—$1,200 per eligible adult and $500 per child. Republican lawmakers complained that larger checks would contribute to the budget deficit.

The $900 billion coronavirus relief package is a far cry from what economists say is necessary to bring the faltering U.S. economy out of recession and provide meaningful relief to the increasingly desperate public amid rising poverty and a major hunger crisis. Some economists are calling for a roughly $4 trillion package, warning that anything less would result in "permanent damage" to families and the economy.

On top of the paltry direct payments—for which millions of vulnerable people will not be eligible—the newly passed bill provides a non-retroactive $300-per-week federal boost to unemployment insurance and an 11-week extension of UI benefits—an extension accompanied by more burdensome documentation requirements for applicants who are already struggling to navigate rickety state systems.

"States will be asked to implement a significant number of new rules for these programs for a law that will only last 11 weeks," noted Andrew Stettner, a senior fellow at The Century Foundation. "In reality, many workers won't receive the benefits until well into this short period—and at that point, the states will be forced to cut it off once again. Worst of all, Congress will be setting itself up for another 10 million-plus worker benefit cut off that will start in mid-March, before the new administration and Congress can be reasonably expected to pass another round of relief."

"Congress has given itself little choice but to immediately get to work on the next economic stimulus package as soon as President Biden and the 117th Congress take office," Stettner added. "That package must build on the CARES Act and include key reforms to make sure benefits are available as long as the economy remains constrained by this disastrous pandemic."

Robert Greenstein, president of the Center on Budget and Policy Priorities, also raised concerns about the too-short duration of relief and pointed to the bill's inadequate sick and family leave provisions. "While the agreement continues the tax credits for employers established under the Families First Act for providing coronavirus-related sick days and family leave," Greenstein said in a statement, "it doesn't extend workers' right to take that time off, leaving that to employers' discretion."

"A likely result," Greenstein warned, "is that a substantial number of workers will be unable to stay home when they are quarantined or ill or will be unable to balance work and family care-giving needs when schools are closed or a family member has Covid-19."

Rep. Ilhan Omar (D-Minn.), who voted for the final relief package, said late Monday that she is glad the legislation will provide direct payments that were not originally on the table as well as billions of dollars in funding for schools.

"But that doesn't mean this package is anything close to enough," said Omar. "Six hundred dollars is not close to sufficient to cover eight months of lost wages, food, or rent expenses... Mitch McConnell and his Republican colleagues have stonewalled state and local aid, along with survival checks that meet the scale of the crisis. This is a collective failure in helping Americans in their time of need."