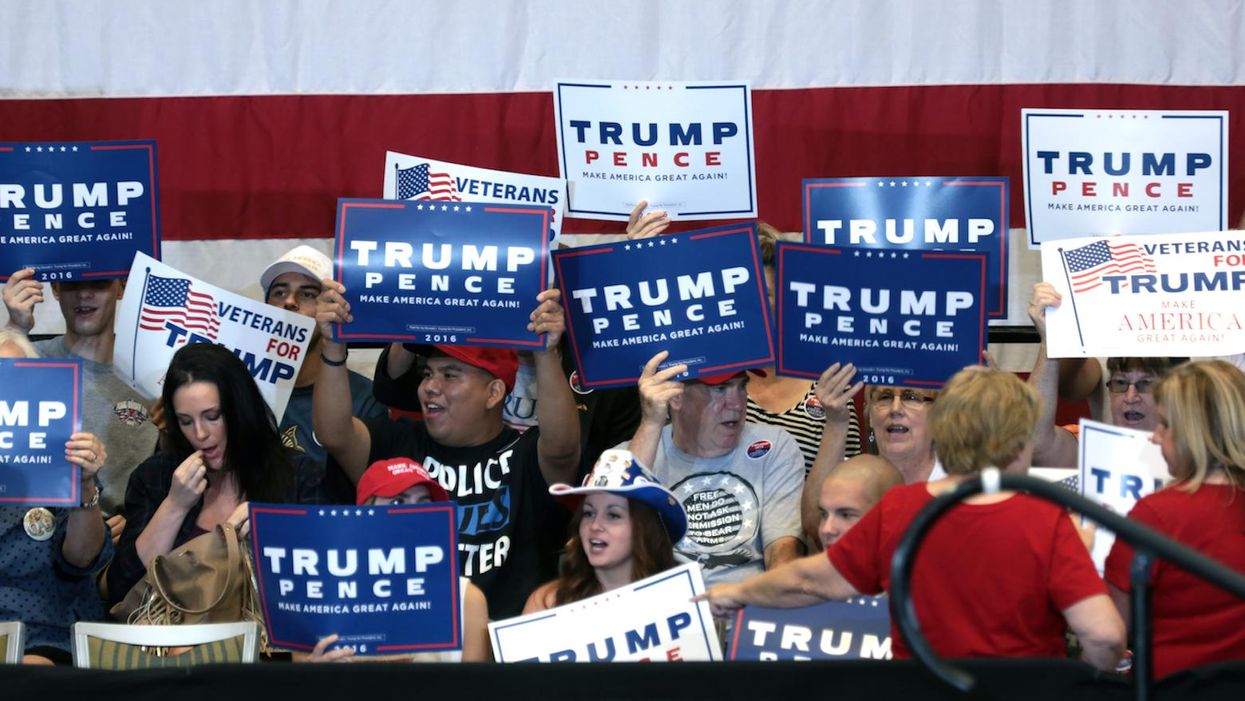 Supporters of Donald Trump at a campaign rally with Governor Mike Pence at the Phoenix Convention Center in Phoenix, Arizona. Credit: Gage Skidmore
Trump is playing his biggest supporters for suckers
Daniel Villarreal
and
The New Civil Rights Movement
December 12, 2020
After the Supreme Court refused to hear Texas Attorney General Ken Paxton's case seeking to toss hundreds of thousands of votes in four swing states, right-wingers on Parler, the far-right version of Twitter, are literally calling for Trump to use the military and conservative states to secede from the union, essentially setting the conditions for a bloody civil war. Here's a sampling of different messages on Parler: "Time for succession... If even the GOP majority Supreme Court won't hear the citizens' claims of corruption in the election process; then we need to create our own separate country from all of those that cheat us of our given rights!!" "I'm fucking raging!!!! Patriots do NOT allow those dirty thieving DemocRats to take this election from our one and only hero President Donald J. Trump!!! If he sold out Supreme Court won't stand up for DJT then we MUST boycott the runoff election to show those pussy ass so-called Republicans how much." "Trump will not let this stand. There is no way Biden will be inaugurated. The enemies of our nation cannot be allowed to take over its government. This is the reason we have a military." "Are we just going to sit back in our lazy boy recliners and whine about this or are we going to stand up and take action? It's time." "Trump needs to declare war. We are under attack" "#Texit Texas must exit" "INSURRECTION ACT time!!!!!" "TIME TO CALL IN THE KRACKIN (MARSHAL-LAW)" This election was nothing but fraud. Basement Biden got more votes then Obama?! Yeah, right. Dems want to play?! Let's play. New game, new rules. Except this time, the reds win." https://twitter.com/gtconway3d/status/1337557156246269952 https://twitter.com/MomJovi/status/1337582517180792833 In related news, Vice found that even the most extreme right-wingers are starting to abandon Parler because there are no liberals, Democrats and progressives there to argue with; the site has lots of pornography, including child pornography; and fraudsters have been able to imitate right-wing leaders and make fraudulent verified accounts for them.
From Your Site Articles
Related Articles Around the Web
Report typos and corrections to: feedback@alternet.org.