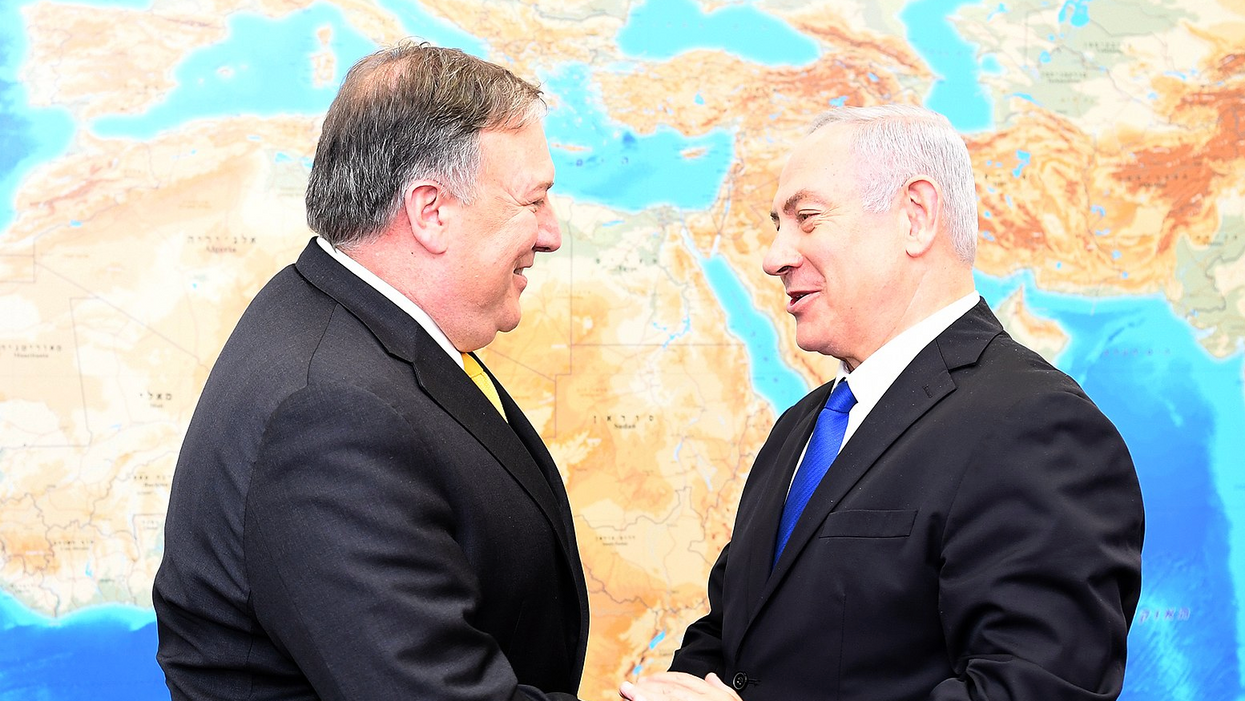 President Donald Trump has given his advisers the go-ahead to antagonize Iran in the final weeks of his administration.

Multiple U.S. officials told The Daily Beast that Trump has become less involved than ever with Iran policy, and one White House official said he's "checked out" on the issue to focus on his effort to overturn his election loss to Joe Biden.

Trump has given Secretary of State Mike Pompeo, a believer in Iran's role in the biblical prophesy about the end times, authority to do whatever he wants to the Islamic Republic as long he doesn't "start World War III," according to two senior administration officials.

Two officials told The Daily Beast the administration would impose new sanctions on companies and individuals with ties to the regime, which sources say are intended to undermine the Biden administration's intention to re-enter a nuclear deal with Iran.

Pompeo recently met with leaders from Israel, the UAE and Bahrain to discuss how they could counter Iran's influence in the Middle East, shortly after State Department approved a large sale of F-35 jets to UAE in hopes of spurring the emirates' cooperation with Jerusalem.

Trump has drawn the line at a confrontation that could kill U.S. service members, but he's fine with Israel targeting and killing Iranians such as nuclear scientist Mohsen Fakhrizadeh, who was assassinated Nov. 27.

A source close to the president said his confidantes had cautioned him against tweeting or commenting about the scientist's killing to keep the operation at arm's length from the administration, although two senior administration officials say the more aggressive approach has been brewing since this summer.