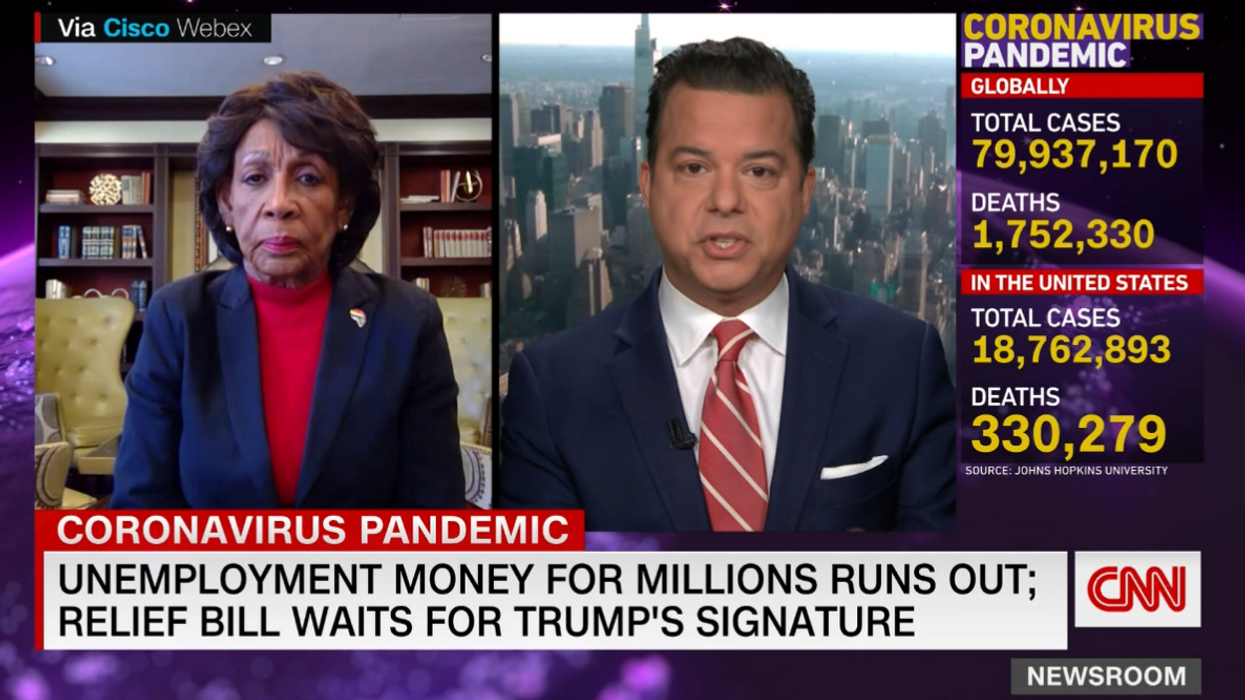 Rep. Maxine Waters (D-Calif.) is not pleased with President Donald Trump's mixed messaging regarding the $900 billion stimulus bill. On Saturday, Dec. 26, Waters appeared on CNN where she expressed concern about Trump's latest behavior, which she has described as "political game."

While many Americans were pleased to see Trump express support for increased direct payments, Waters and others have questioned Trump's pivot on direct payments amid his war with Republican lawmakers.

Shortly after Trump's impromptu press conference on Tuesday, Dec. 22, he took to Twitter with a message aimed at Senate Republicans which raised questions about his reason for advocating for larger direct payments to American workers. The president's actions were not missed by Waters.

"First of Democrats would love to have $2,000 to all of our families. We fought very hard for $1,200. We wanted at least what we had in the CARES Act. The president and his negotiator Mnuchin and the Republicans refused it," Waters recalled. They didn't want any money and we had to beg and plead and fight and leverage to get $600."

Waters also noted Sen. Lindsey Graham (R-S.C) change of heart on Christmas Day as she expressed hope for the possibility of more Republicans signing on in support of larger direct payments.

"We're hopeful that the president will support $2,000 and sign the bill and not try to leverage that on the question of liability or anything else," she said.

"On my 3/2017 pinned tweet one can see [Paul] Manafort, [Michael] Flynn, [Roger] Stone, all of whom have been pardoned [and] more of them to come. They know the criminal [and] illegal relationship [between] Trump [and] Putin! They're part of it! We missed our opportunity to impeach him for treason. [New York] can make up for it!" Waters wrote.

She added, "My tweets continue to reveal the dangers of Trump [and] his love of Putin! The Prez is LYING about China to protect Putin! Yes, Putin is responsible for the cyber attack!"