Rand Paul and Newt Gingrich let slip the truth: They fear voters will 'affect the outcome' in Georgia races 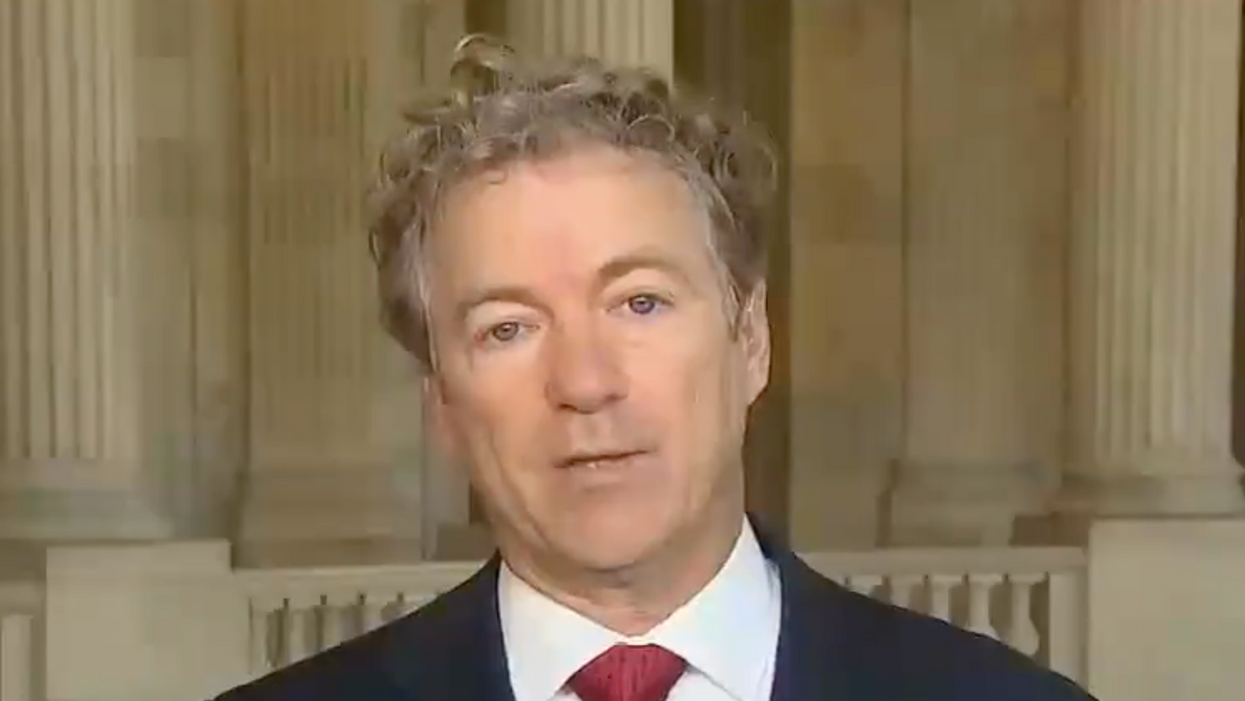 Sen. Rand Paul, R-Ky., on Thursday joined a growing chorus of Republicans complaining that making it easier for legal voters to cast ballots will cause Republicans to lose elections.

Paul, who has falsely claimed the election was "stolen" from President Donald Trump without any evidence, warned that increased voter turnout in Georgia could cost Republicans the Senate majority and urged Republican state officials to stop encouraging people to vote.

"They're mailing out a solicitation to vote by mail. This is not in the state law," Paul complained in an interview with Fox Business host Maria Bartiromo, who has also pushed fantastical fraud conspiracies without evidence. "I'm very, very concerned that if you solicit votes from typically non-voters, that you will affect and change the outcome," Paul said, even though non-voters are ineligible to receive a ballot even if they do request one and their votes would not be counted in a would-be fraud scheme since ballots are checked against voter registrations. In other words, there is no risk of nonvoters voting, and there has been no evidence of people using dead or other registered voters' information to cast ballots.

Paul's comments come one day after he declared without any evidence that the election was "in many ways stolen" from President Donald Trump during a Senate hearing with former DHS official Chris Krebs, who refuted Paul's claims.

"The fraud happened. The election in many ways was stolen and the only way it'll be fixed is by, in the future, reinforcing the laws," Paul claimed, even though the Trump campaign and its allies have been unable to prove any widespread fraud or irregularities in court.

Paul claimed that courts "never looked at the facts" and "stayed out of it" by ruling that the plaintiffs did not have standing to bring the lawsuits, even though numerous judges did review these lawsuits and rejected them on the merits. Paul's comments raised speculation that he would break with the rest of the Republican Party to join Rep. Mo Brooks, R-Ala., in a futile effort to block Congress from affirming the Electoral College results.

Attorney General Bill Barr said earlier this month that the Justice Department did not find any evidence of fraud that would affect the election result and Republican election officials from Georgia to Pennsylvania have rejected the claims pushed by Trump and his allies.

But the Republican complaints long predate the actual election and any potential fraud. Trump and his allies have argued for months that expanding voting access would hurt Republicans. Barr argued before the election that expanded mail voting raises the possibility of voter fraud, despite its use by numerous states before the pandemic, though he ultimately determined that was not the case in the 2020 race.

"Let me be 100% clear," Josh Douglas, an election law expert at the University of Kentucky, told the Louisville Courier-Journal. "Sen. Rand Paul is lying about it. He is lying, and all of these politicians who are claiming massive fraud in mail-in voting are lying because they have zero evidence. It's just patently false."

Paul and Trump are not the only ones.

Sen. Ron Johnson, R-Wis., erupted at Wednesday's Senate hearing to declare he has no "doubt" that there was "fraudulent votes and ballot stuffing" in the election. Johnson, along with Sen. Rick Scott, R-Fla., also appeared to echo former Trump lawyer Sidney Powell's otherworldly conspiracy theory that voting machines were rigged to switch votes from Trump in a plot financed by Venezuela, China, and others that ultimately got her booted from Trump's legal team. Johnson cited "corruption of voting machines and software" while Scott claimed that his constituents think the election was no "different than what [Nicolas] Maduro is doing" in Venezuela.

Former House Speaker Newt Gingrich, R-Ga., also complained on Twitter over the weekend that Georgia Secretary Brad Raffensperger's effort to expand ballot drop boxes would "make it harder for Republicans to win," even though Republican voters would have increased access to submit their votes.

"You're busted Newt," former Attorney General Eric Holder said in response to Gingrich. "Making it easier for more people to vote in a pandemic (the usual fraud claims have been exposed as nonsense), resulting in more people voting 'makes it harder for Republicans to win'. Guess you think you have to suppress the vote to win. What a disgrace."

But Gingrich's bizarre complaint was echoed in a lawsuit by the Georgia Republican Party and the Republican National Committee, which is seeking to limit the use of ballot drop boxes in the state's Senate runoffs.

Although Raffensperger has drawn praise for standing up to attacks from Trump and other Republicans to dispute their baseless fraud allegations, he has also pushed to limit voting access in future elections since the election. Republicans in the Senate and state legislatures in Michigan, Wisconsin, Pennsylvania, and Texas have also seized on Trump's voter fraud lies to push for laws restricting voting access.

But some election experts warned that Republican attacks on voting could backfire.

"Recent polling shows that many of the innovations adopted for the 2020 election are popular with voters of all partisan persuasions, making some changes potentially difficult," Robert Stein, a voting expert at Rice University, told Salon earlier this month. "There is ample evidence that states that attempt to adopt restrictive election laws produce a backlash effect, especially among nonwhite voters."

"In non-pandemic times, it's not at all clear to me that restricting mail-in voting would hurt Democrats more than Republicans," added Justin Levitt, a constitutional law expert at Loyola University.

Republicans have worried for weeks that the attacks on Georgia's election could depress turnout in the pivotal Senate runoffs. Raffensperger argued that Trump's baseless claims cost him the state in the presidential race, noting that 24,000 people who voted in the Republican primary did not vote in the general election.

"He would have won by 10,000 votes," he said last month. "He actually depressed, suppressed his own voting base."