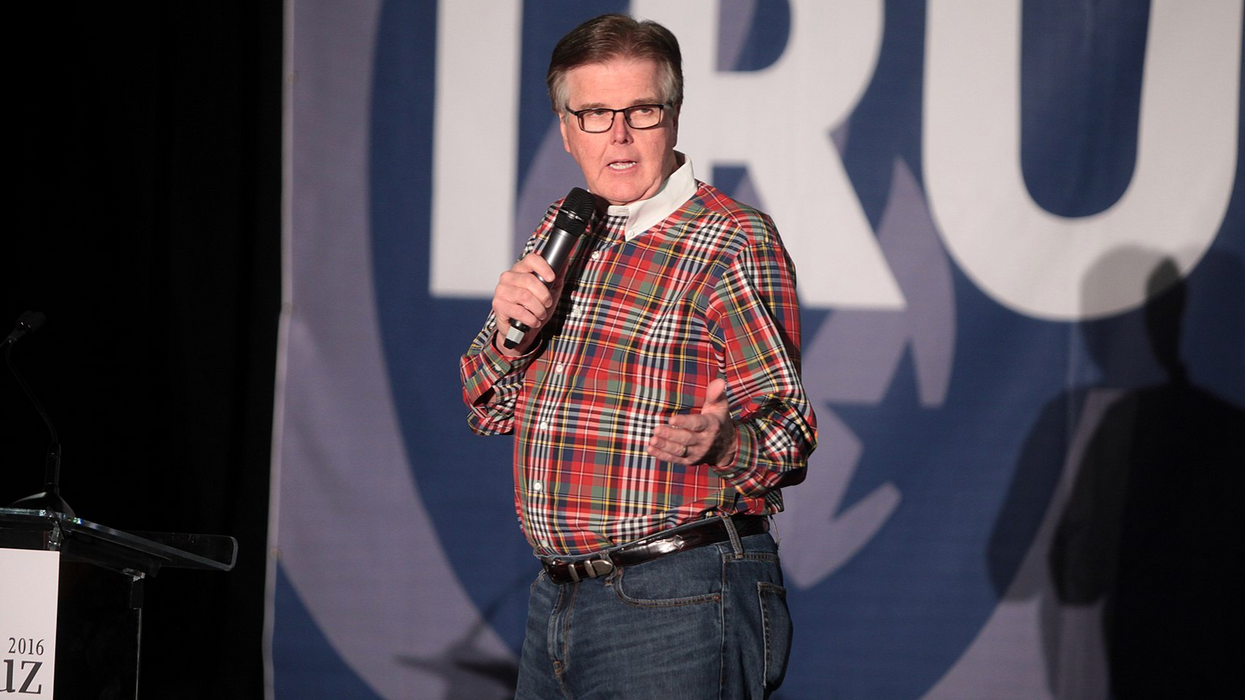 Pennsylvania's lieutenant governor was the one to deliver, pointing Patrick to not just one but three instances of devious voter enfraudulence. Two of them involved Trump voters trying to vote multiple times for Trump.

For some mysterious reason, however, Dan Patrick isn't paying up. So Fetterman is reminding his Texas counterpart, yet again, that the people of Pennsylvania want their promised dough. Dough now, please. Small bills are fine.

Fetterman also cheekily reminded Patrick that if lawsuits need to fly on this one, his case is "exponentially stronger than that pile of hot garbage lawsuit TX tried with SCOTUS."

This is really just a shameful story, especially at Christmas. Christmas is a time when everyone is supposed to be on their best behavior, so that Jesus and Santa don't come down the chimney to punch them in the throat.

Can you imagine a world in which you can't trust a Texas Republican? It's shocking, really. And we're pretty sure Texas has the money because, as Fetterman noted, they seem to have a lot of throwin'-around cash when it comes to suing to block other states from having a say in presidential elections. Patrick isn't the state's attorney general, the Republican heel still under indictment for securities fraud. That's Ken Paxton.

You didn't ... you didn't give the money to Ken Paxton for safekeeping, did you, Dan? Please tell me the reason Texas isn't paying it's promised bounty on voter fraud information is because Ken Paxton "lost" the cash. Ken Paxton has been shopping hard for a presidential pardon in recent weeks. If Ken Paxton was the guy holding the money, you can bet all $3 million has already been stuffed into the Mar-a-Lago mailbox.

What's that? You say it's not Paxton's fault? Well then pay up already, you big baby.