'We are clearly in dangerous waters': Conservative makes the case for impeaching Trump — again 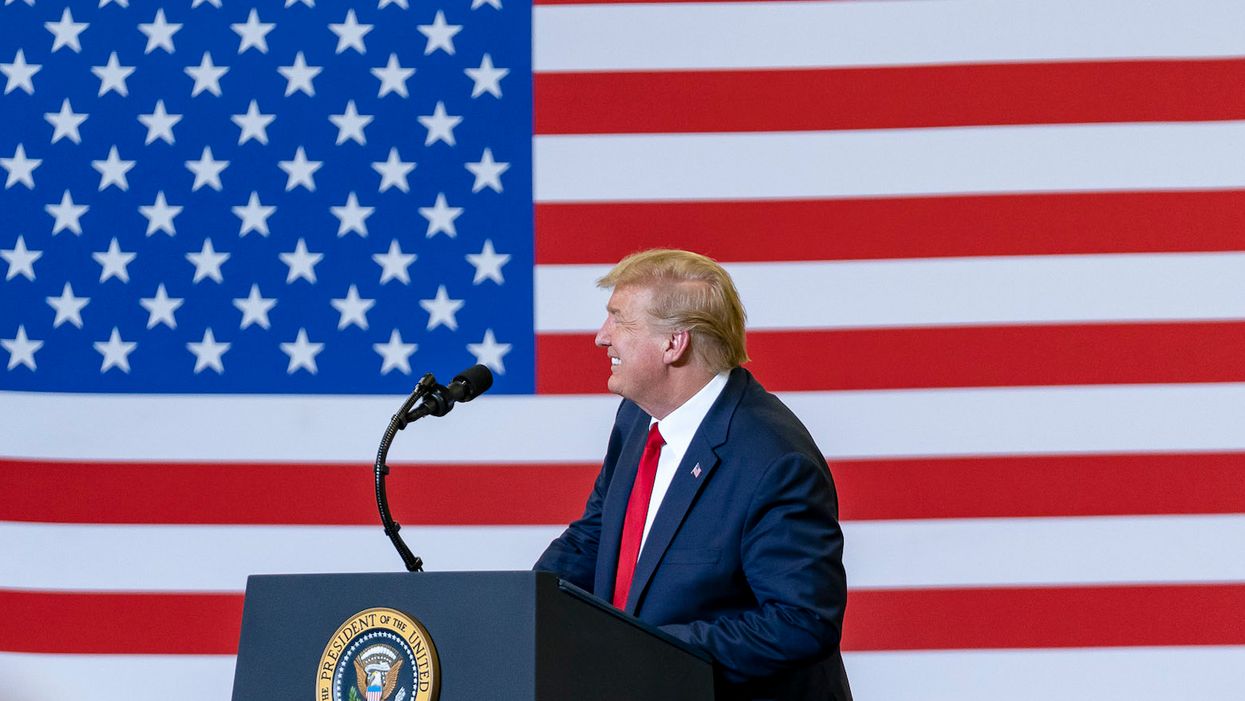 With President-elect Joe Biden's inauguration less than a month away, most of President Donald Trump's critics aren't giving much thought to impeaching him — after all, voters have already decided to remove him from office on January 20, 2021. But Never Trump conservative Charlie Sykes, in his Bulwark column, argues that with Trump becoming increasingly unhinged during this lame-duck period, a second impeachment might be in order.

In a tweet posted on December 19, fellow Never Trumper Tim Miller (who served as communications director to former Florida Gov. Jeb Bush and recently left the Republican Party) suggested, "Impeach him again." And conservative anti-Trump journalist David Frum, that same day, tweeted, "Plotting a military coup seems like the kind of behavior that impeachment and removal were invented for."

Sykes says of Miller and Frum's suggestion, "This is not a totally crazy idea…. The obvious objections are — well, obvious. Time is short, and nobody has an appetite for this with a just a few weeks to go. It's also not clear that merely raising a question constitutes an impeachable offense."

Plotting a military coup seems like the kind of behaviour that impeachment and removal were invented for
— David Frum (@David Frum)1608410543.0

Only four presidents in U.S. history have faced impeachment in the U.S. House of Representatives: Andrew Johnson, Richard Nixon, Bill Clinton and Trump. But none of them were actually removed from office by the impeachment process. Nixon resigned in August 1974 before a Senate trial could come about, and Johnson, Clinton and Trump received "not guilty" votes in their Senate trials.

Impeaching a president during a lame-duck period would be a first in U.S. history, and many of Trump's most vocal critics in the Democratic Party would say, "What's the point?"

Sykes, however, argues, "We are clearly in dangerous waters, and no one can be sure what a president desperate to hold onto power and terrified of defeat might be capable of attempting. What actual checks remain? We can hope for institutional resistance to any attempt to impose martial law. But if we have learned anything, it is that many of the checks on presidential power are, more or less, on an honor system."

The Never Trump journalist continues, "He has virtually unlimited pardon power; he has technical control of the DOJ; and he remains commander-in chief of the (U.S.) Armed Forces. All of this is by way of saying that bad things can happen."

Sykes notes that the United States has "really only three decisive checks on a president run amok" — and they are "(1) the 25th Amendment, (2) impeachment and removal, and (3) defeat at the ballot box."

"Trump is so far undeterred by electoral defeat — and practically speaking, the 25th Amendment is a dead letter because it relies on his own hand-picked toadies," Sykes argues. "Which leaves the alternative of impeachment, a process that is admittedly impractical. But, what if — what if Trump did try to declare martial law? Seize voting machines? Attempt to deploy the military? What stops him? Anything?"

Trump supporters who have been urging the president to declare martial law include attorney Lin Wood and former National Security Adviser Michael Flynn. And Sykes warns that when talk of martial law is coming from the president's allies, it shouldn't be taken lightly.

"The smart set has been telling us that we don't have anything to worry about," Sykes explains. "The guardrails will hold, they assure us. There's no time, they tell us. But Trump is in the White House talking about coups. Maybe we need to have the hammer ready to break glass in case of emergency."