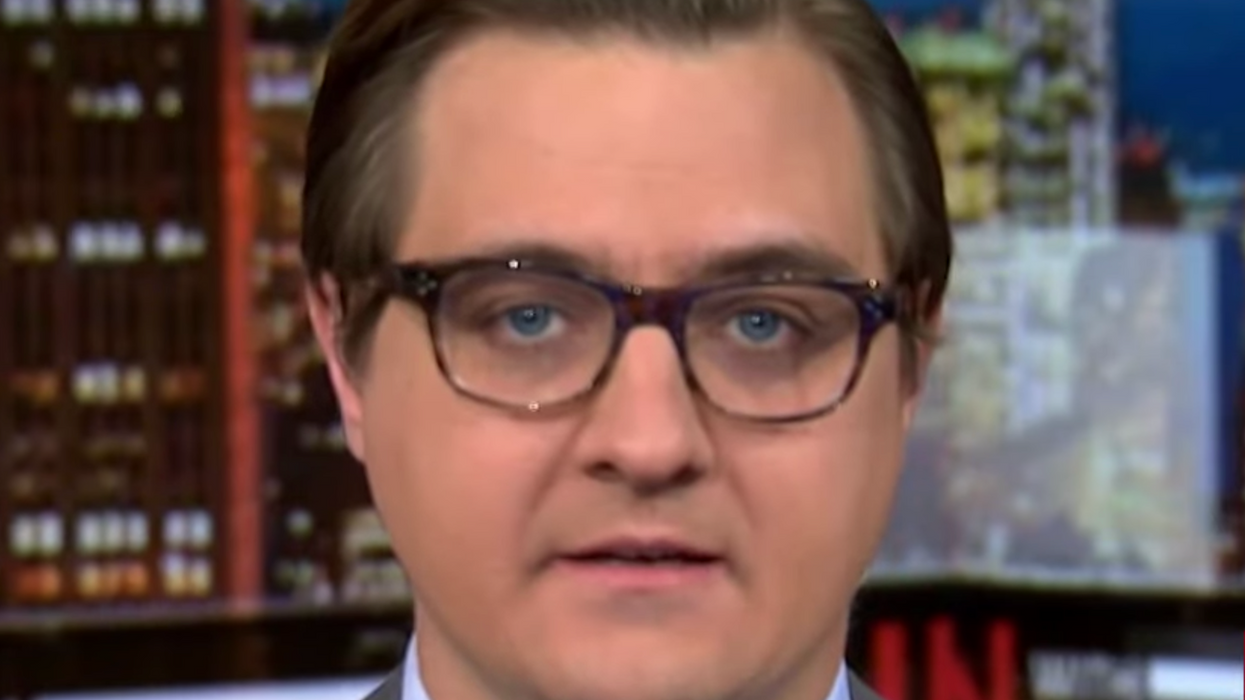 The United States reached yet another grim milestone on Wednesday when more than 3,000 people died from COVID-19 in the U.S. — which was the country's highest number of coronavirus-related deaths on a single day since the pandemic began. MSNBC's Chris Hayes has been stressing that because of President Donald Trump's woefully inadequate response, the pandemic has been much deadlier in the U.S. than it had to be. And during an angry commentary on Wednesday night, Hayes argued that "depraved indifference" was costing thousands of Americans their lives.

On his show "All In with Chris Hayes," the liberal host told viewers, "As the coronavirus continues to devastate this country, I am just finding it hard to hold my rage and my anguish together. We are watching a lack of action by the federal leadership in this country that feels almost criminal. It is depraved indifference at a level I cannot quite articulate."

"We lost more Americans today than we lost in 9/11, an event that transformed our country and our government in the world," Hayes explained. And he went on to say that the federal government isn't doing nearly enough to combat the pandemic.

"We are now at a point where the nation's COVID response has descended into chaos — just chaos, catastrophe and calamity," Hayes lamented. "And everyone is mad at everyone else. People are mad at each other. People are texting each other about the jerk at the store who wasn't wearing the mask properly and the person on Instagram with a big party and big group on Thanksgiving…. All the while, a record number of people in the U.S. remain hospitalized with COVID."

Hayes added, "More than 3000 deaths were recorded today for the first time ever. That's a record here, and a record for the world."

Here are some responses to Hayes' commentary posted on Twitter:

@allinwithchris @11thHour @chrislhayes There's no "almost" about it. The suffering and death we're seeing are the d… https://t.co/zqpvKJMj6u
— PerchanceToDream (@PerchanceToDream)1607563191.0

@allinwithchris @chrislhayes You are so correct. Depraved Indifference is one of my favorite ways to define trump.… https://t.co/tecAX8Jt9q
— DeuceFlash (@DeuceFlash)1607562680.0

@allinwithchris @chrislhayes The total lack of any sort of human response by an entire national party that represen… https://t.co/VR8DrQk0gN
— Donna D (@Donna D)1607562824.0

@allinwithchris @chrislhayes In an era of more responsibility by elected officeholders Trump would be immediately removed from office.
— Gerald Granath (@Gerald Granath)1607563507.0