GOP has more in common with authoritarian regimes than traditional conservatives: Dean Obeidallah 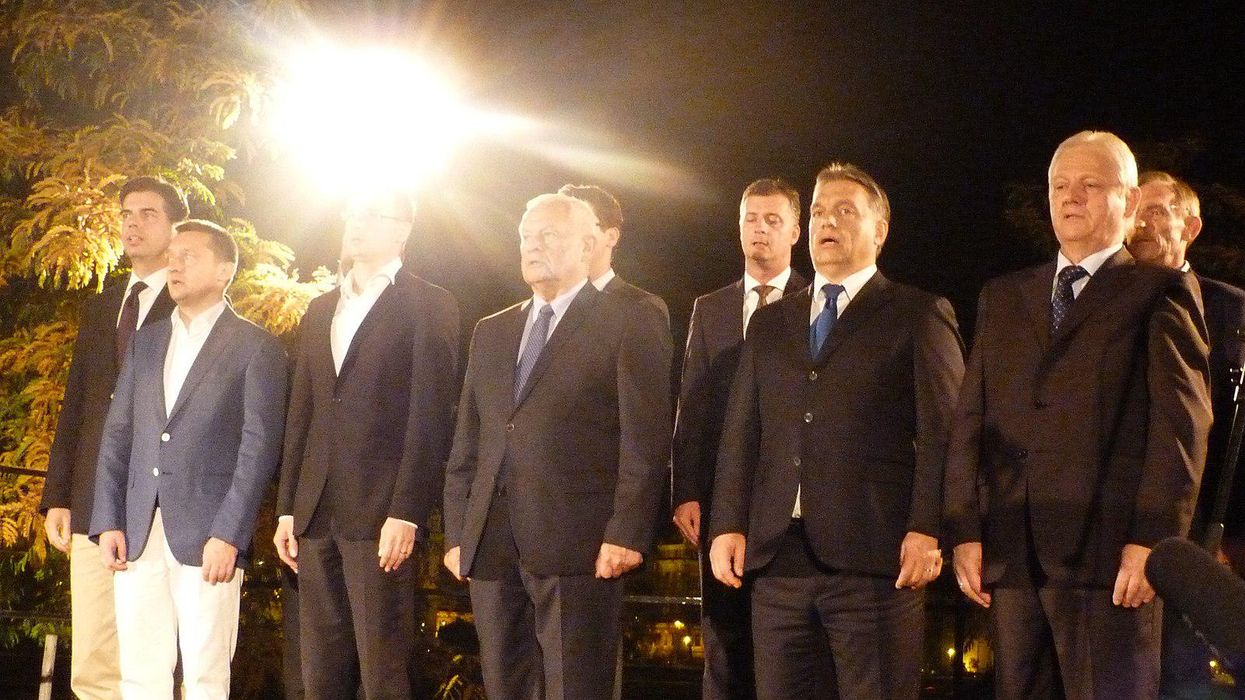 In addition to winning 306 electoral votes, President-elect Joe Biden defeated President Donald Trump by more than 7 million in the popular vote. But on Saturday, December 5, the Washington Post reported that out of 249 Republicans serving in the U.S. Senate or the U.S. House of Representatives, only 27 of them were willing to publicly acknowledge Biden as president-elect. Journalist Dean Obeidallah, a Daily Beast columnist and host of "The Dean Obeidallah Show" on SiriusXM, discusses the Republican response to Biden's victory in an op-ed for CNN's website — and in Obeidallah's view, this refusal to accept democratic election results shows how much the GOP of 2020 has in common with authoritarian parties like Hungary's Fidesz and Turkey's AKP.

"A study released in October by experts from the V-Dem Institute at the University of Gothenburg in Sweden documented the GOP's descent toward authoritarianism," Obeidallah explains. "Anna Luehrmann, one of the lead authors of the study, told CNN the GOP's philosophy of 'take all means necessary to achieve our policy' has left it resembling authoritarian ruling parties like Hungary's Fidesz and Turkey's AKP."

Obeidallah notes that although some prominent Republicans haven't hesitated to acknowledge Biden as president-elect — for example, Sen. Mitt Romney of Utah — many others have not. And refusing to accept democratic election results, Obeidallah laments, shows a dangerously authoritarian mentality.

"Trump is not an aberration — he's a manifestation of where the GOP has been heading," Obeidallah warns. "Until we hear GOP members of Congress say otherwise, we must assume they agree with Trump's agenda of overturning the 2020 election results and getting reinstalled as president for four more years."

Obeidallah isn't the only journalist who has made a GOP/Fidesz comparison: liberal economist and New York Times columnist Paul Krugman has argued that in 2020, the GOP has more in common with Fidesz, far-right Hungarian Prime Minister Viktor Orbán's party, than it does with the Conservative Party of the U.K. According to Krugman, "The decay of U.S. democracy isn't about 'politics'; it's about one party's turn away from democracy. Today's GOP is nothing like center-right parties in other advanced nations; it's more like Fidesz, which has turned Hungary into a one-party state, than it is like, say, Britain's Tories."

So I'm rereading Chapter 6 of Mary Beard's SPQR, about the decline of the Roman Republic — politicians refusing to… https://t.co/slBWfqj0Ed
— Paul Krugman (@Paul Krugman)1605014960.0

Obeidallah's GOP/AKP analogy is also quite disturbing. In Turkey, the AKP Party is led by President Recep Tayyip Erdoğan. Turkey was once the most liberal and democratic country in the Islamic world, but the far-right Erdoğan, since coming to power, has done everything he can to undermine Turkey's system of checks and balances and turn it into an authoritarian state.

Obeidallah wraps up his CNN op-ed by emphasizing that Democrats shouldn't hesitate to call out GOP authoritarianism.

"My message to Democratic leaders is that it's time to stop being timid about using words like 'authoritarian,' 'un-American' and perhaps even 'fascist' to describe Trump and the GOP's tactics," Obeidallah writes. "The stakes are too high not to call it like it is."