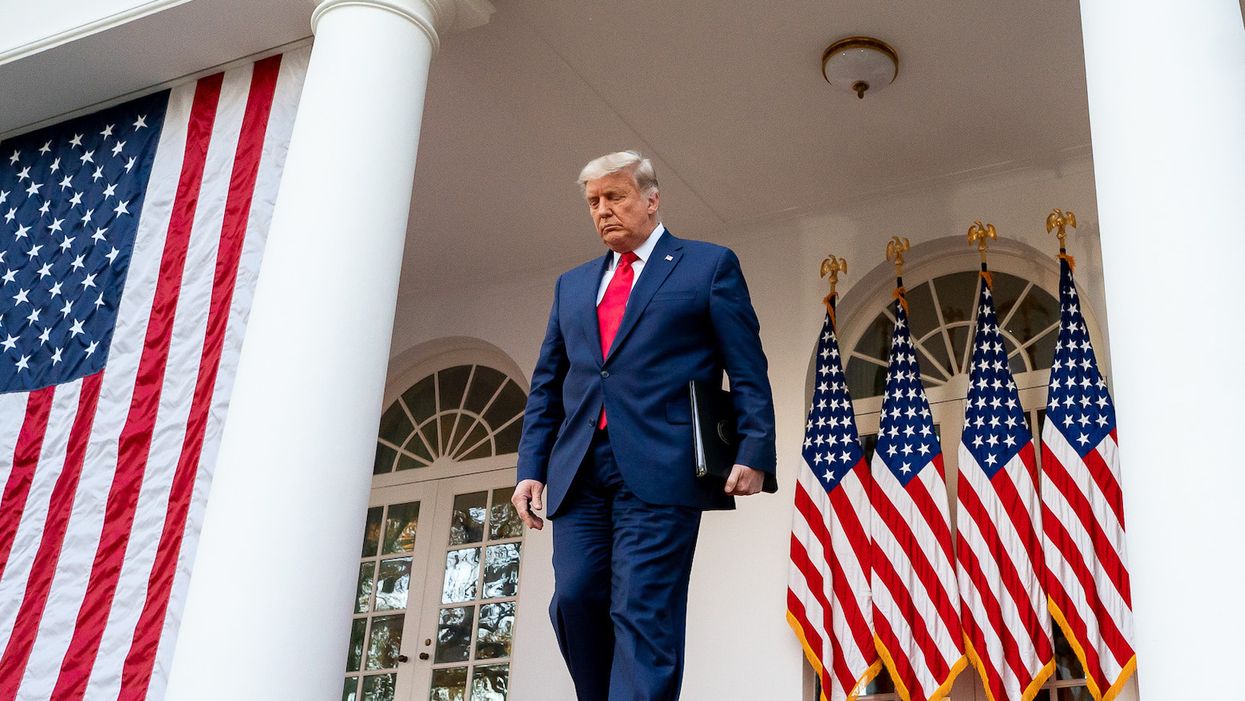 President Donald Trump's prosecutorial immunity will be a thing of the past in less than 65 days and it appears New York state is already gathering evidence for a massive criminal investigation that could lead to the billionaire facing charges shortly after President-elect Joe Biden is inaugurated.

A New York Times editorial reported that people with knowledge regarding the situation have revealed that New York has expanded its investigation into Trump and his business organizations "to include tax write-offs on millions of dollars in consulting fees, some of which appear to have gone to Ivanka Trump."

It has been reported that two independent inquiries—one civil investigation spearheaded by the Manhattan district attorney, Cyrus R. Vance Jr., and one criminal investigation led by by the state attorney general, Letitia James. However, both offices recently issued subpoenas to the Trump organization requesting records in reference to the fees in question.

The latest expansion centers on Trump's reduced taxable income due to him writing off more than $26 million in fees. Although the expense appears numerous times on many of Trump's projects between 2010 and 2018, many of the consultants he claims to have paid remain unidentified.

According to an insider, "the subpoenas were focused on fees paid to the firm on her disclosures, TTT Consulting L.L.C., and represented just a portion of the $26 million."

Questions have also been raised because some of the fees appear to have been paid to the president's daughter, Ivanka Trump. The editorial breaks down that discovery, as well.

Some of those fees appear to have been paid to Ms. Trump, The Times found. On a 2017 disclosure she filed when joining the White House as a presidential adviser, she reported receiving payments from a consulting company she co-owned, totaling $747,622, that exactly matched consulting fees claimed as tax deductions by the Trump Organization for hotel projects in Hawaii and Vancouver, British Columbia.

However, Trump's legal team is taking an approach similar to the president in the midst of opposition—deny it all. Alan Garten, general counsel for the Trump Organization, released a statement in response to the inquiries claiming that "this is just the latest fishing expedition in an ongoing attempt to harass the company."

"Everything was done in strict compliance with applicable law and under the advice of counsel and tax experts," Garten said, adding, "All applicable taxes were paid and no party received any undue benefit."