How America must move on from Trump 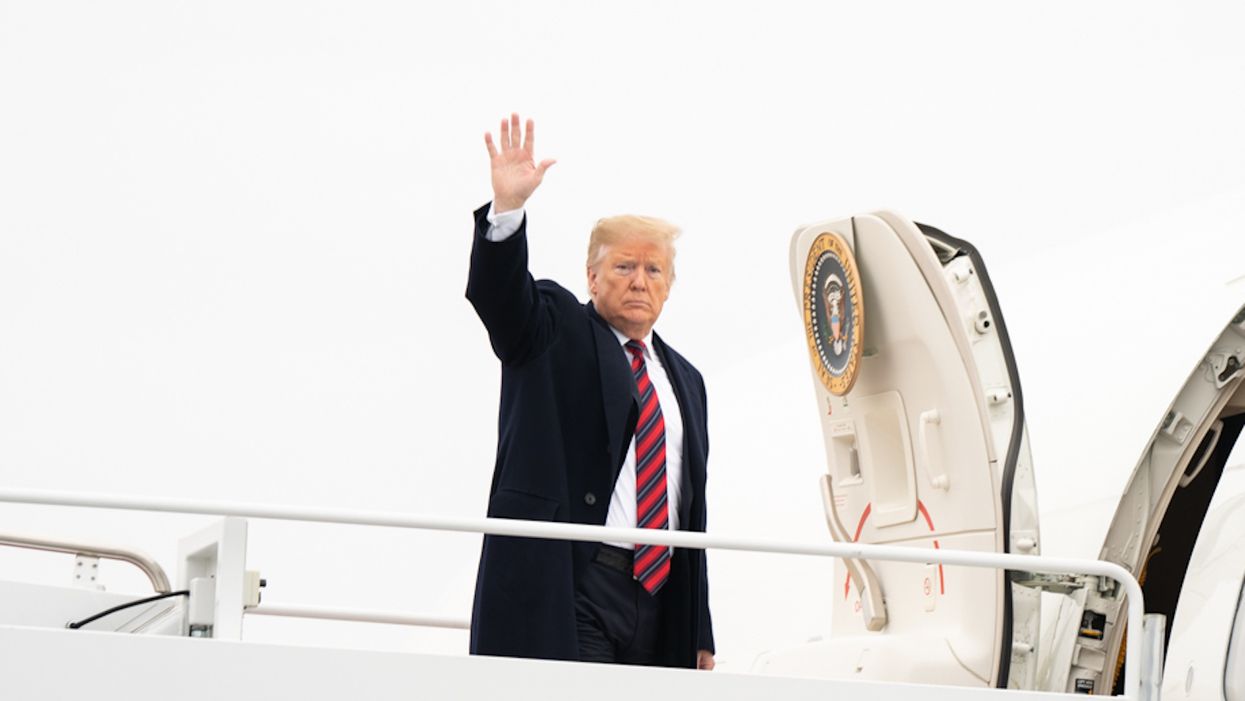 President Donald J. Trump waves as he boards Air Force One at Joint Base Andrews Saturday morning, January 19, 2019, for his flight to Dover Air Force Base in Dover, Delaware, to attend the dignified transfer of remains of four Americans killed Wednesday in Syria. (Official White House Photo by Shealah Craighead
The Conversation
November 18, 2020

Yet he still won strong majorities in the South and Mountain West while dominating once more with white evangelicals. As in 2016, he cleaned up in places like southwestern Pennsylvania, where factory jobs are long gone, and in upscale zip codes like St. Johns County in Florida, where you can play 18 holes and then sip martinis on the beach.

But the most striking part of Trump's showing was his strength in places where the pandemic is raging. According to an analysis by National Public Radio, nearly seven in 10 counties with high COVID-19 death rates backed Trump more strongly this year than they did in 2016.

Those votes speaks volumes about what Americans have come to expect — or not to expect — from their government.

The government's responsibility for public safety and well-being — Salus Populi, in its original Latin — is among the most venerable ideas of the western political tradition. America is no exception.

Most of the state-level constitutions written during the American Revolution described the “happiness and safety" of the people, no less than their freedom, as the governments' primary concern. The Federal Constitution of 1787 also named “general welfare" as one of its main goals. And why not? The very word, republic, means the “public thing."

Throughout the 19th century, courts and legislatures cited Salus Populi as the supreme law of the land, something that overruled the private interests of the greedy or careless. As a Massachusetts judge summarized while defending regulations on food markets in the 1840s, the public had “a right to control [those markets], as best to promote the welfare of all citizens."

To be sure, 19th-century America also had a libertarian streak. Amid the social upheavals of industrialization and urbanization, various anti-government and hyper-individualistic ideas grew into predatory ideologies such as social Darwinism.

By the early 20th century, however, the federal government had assumed responsibility for basic hygiene in the nation's food and water supplies. During the New Deal in the 1930s, the government devised Social Security for retirees and invested in everything from highways and bridges to hospitals.

Governments of all levels fought the polio outbreaks of the early post-war years, and both public and private donors enabled Jonas Salk's wondrous polio vaccine in 1955.

Everything changed in the U.S. with the election of Ronald Reagan as president in 1980.

“The nine most terrifying words in the English language," the affable Reagan chortled, “are: I'm from the government, and I'm here to help." In his America, the only role for government was to punish evildoers and promote dog-eat-dog capitalism in the name of “freedom."

The Gipper, as Reagan was nicknamed (after a movie role), delivered these right-wing economic dogmas with a B-actor's smile, initiating a 40-year assault on Salus Populi.

This has worked out very well for the wealthy. High net-worth individuals saw their income taxes plummet under Reagan and again under George W. Bush. They reinvested the windfall in capital markets liberalized by Bill Clinton. Especially since the Great Recession of 2008, the super wealthy have pulled away from everyone else, with the richest five per cent of U.S. families increasing their net worth by an astonishing 88 per cent.

No wonder people making over $100,000 swung strongly two weeks ago to Trump, a shady billionaire who nonetheless delivered another tax cut in 2017. The puzzle is why so many working people seem to support an economic project that often harms working people.

Perhaps the question presupposes a level of choice that most people don't have. In a world of closing factories and shrinking unions, employees are in no position to demand better job security. Flooded by well-crafted slogans about the evils of government, voters have little hope for competent leaders, to say nothing of caring ones.

Indeed, the most obvious choice within the privatized hellscape of contemporary America is to hang on to what you've got, the public be damned.

If no one will help you in times of need, why vote for someone who pretends otherwise? If everyone is out for himself, why not admire a snake-oil tycoon like Donald Trump? In Trump's America, the deaths of so many fellow citizens simply “is what it is."

The only way to fight these dismal convictions is to create tangible evidence to the contrary. Building more hospitals would be a good place to start. More than 150 of these have closed in rural areas of the U.S. since 2015.

Act first, talk later. Then perhaps Americans like me can once again see each other as part of a civil and coherent society, as proud members of a decent and well-run republic.