'Good for business': Trump's new conspiracies are total nonsense -- but that doesn't mean they aren't effective 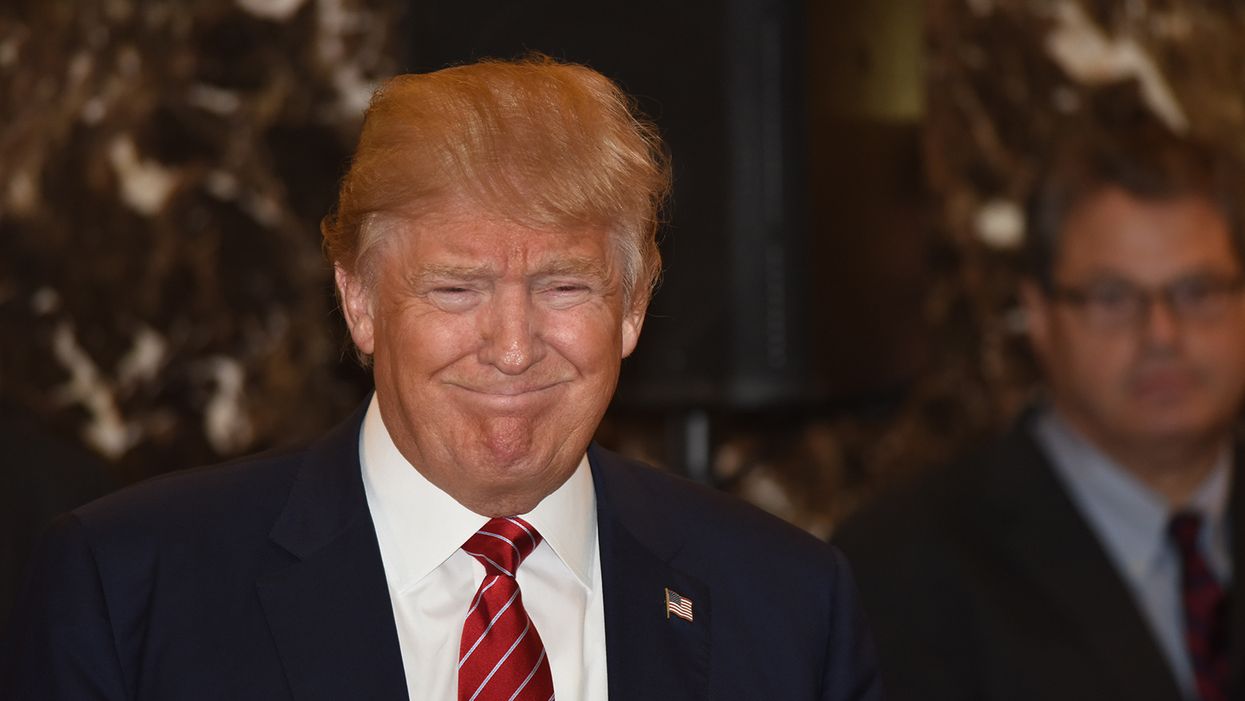 Bob Brigham
‘It was all a hoax’: NYT destroys Trump’s claims of business success in second blockbuster on his taxes
Alex Henderson
November 13, 2020

In an official statement, investigators for the U.S. Department of Homeland Security declared, "The November 3 election was the most secure in American history." DHS has totally debunked President Donald Trump's nonsense claims of widespread voter fraud, making it abundantly clear that President-elect Joe Biden won the 2020 presidential election fair and square and deserves to be sworn in as president of the United States on January 20, 2021. Regardless, Trump and his sycophants have continued to make the baseless claim that the election was stolen from him through rampant voter fraud. And journalist Michael Kruse, in an article published by Politico on November 13, stresses that although Trump's claims are nonsense, that doesn't mean that they aren't effective when it comes to firing up the Republican base.

Kruse notes that even though there is zero evidence of widespread voter fraud and even though GOP strategist Karl Rove has acknowledged Biden as the winner, Trump continues to post tweets claiming that he is the victim of "illegal votes" and "illegal ballots." But Kruse also reports, "The shocking lack of specifics, which Trump's critics mock as laughably unserious for something so consequential, is not a deficiency. It is the feature of his strategy."

According to Kruse, "Trump is not making a narrow, surgical, legally feasible case to enhance his chances to still be living in the White House come January 21.... He's doing it, say political strategists, longtime Trump watchers and experts on authoritarian tactics, to sow doubt, save face and strengthen even in defeat his lifeblood of a bond with his political base. And it's working."

A Politico/Morning Consult poll released this week, Kruse observes, finds that 70% of Republicans believe the election was stolen from Trump. In other words, Trump's base is buying into his nonsense.

Alan Marcus, a former Trump publicist, told Politico, "This isn't about winning the presidency. It's his exit strategy." And GOP strategist Rory Cooper, who served as an adviser to Former House Speaker Eric Cantor, told Politico, "It's not about the vote-counting. His entire persona is built on the idea of winning despite his decades of not winning. He's constantly creating a legend, frankly, about himself rather than a truthful narrative. So, I'm not surprised that he's going to use this to convince his supporters that the election was unfair and that he remains the leader of the Republican opposition."

Cooper stressed to Politico that even though Trump has been voted out of office, he will continue to be a prominent — and very profitable — figure on the right.