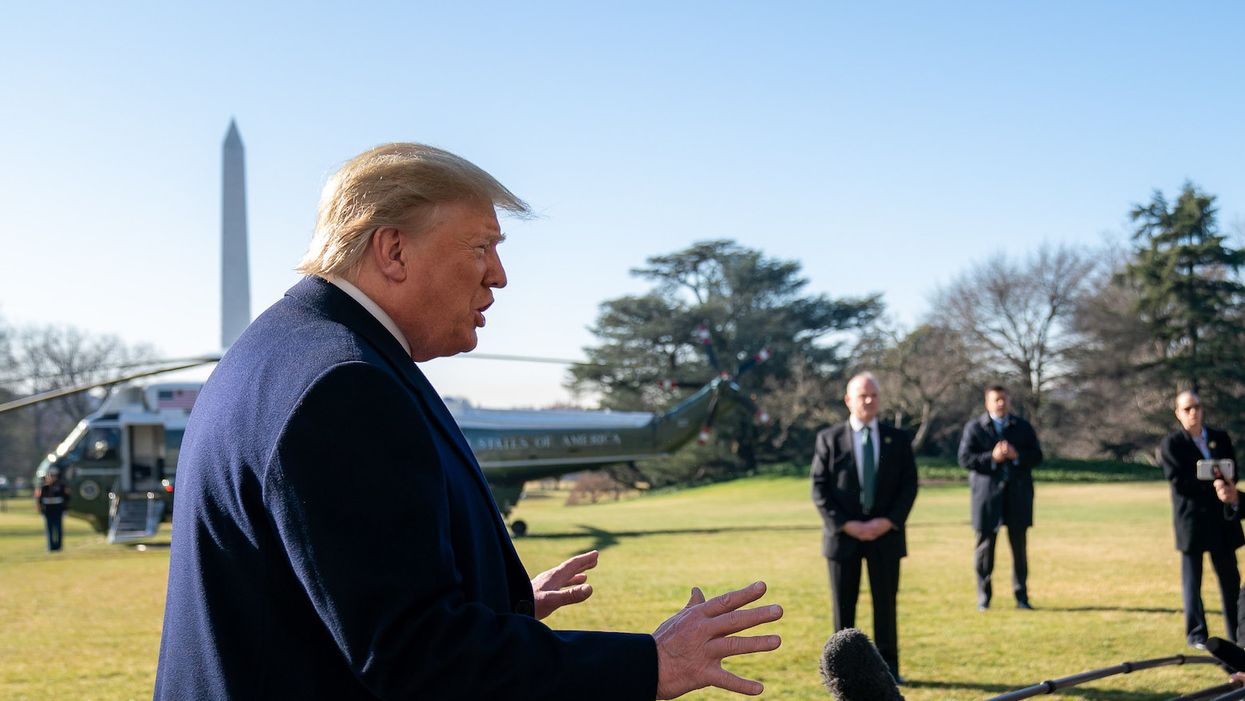 President Donald J. Trump stops to talk with reporters outside the South Portico of the White House Sunday morning, Feb. 23, 2020, prior to boarding Marine One to begin his trip to India. (Official White House Photo by Tia Dufour)
Travis Gettys
and
Raw Story
November 30, 2020

A Fox News host argued that President Donald Trump doesn't even need to prove his case in court to overturn his election loss.

"Fox & Friends Weekend" host Will Cain told viewers that Trump may have failed to prove his legal challenges, but he said the president still had another avenue to maintain his grip on power.

"I think what's happening here [is] we are quickly moving toward a political case being made," Cain said. "Meaning the Trump team is talking to state legislatures in Michigan, Pennsylvania, attempting to make their case. There may not be enough evidence for a court system but there should be enough evidence for state legislators to change their electors. Will they find more success there? We'll soon find out."

Will Cain endorses Trump's attempts to steal the election: "It is absolutely unprecedented what happened in this el… https://t.co/EIJQj32b1s
— Bobby Lewis (@Bobby Lewis)1606740156.0