Trump and Giuliani's 'horrifying spectacle' reveals the GOP is 'far down the rabbit hole': columnist 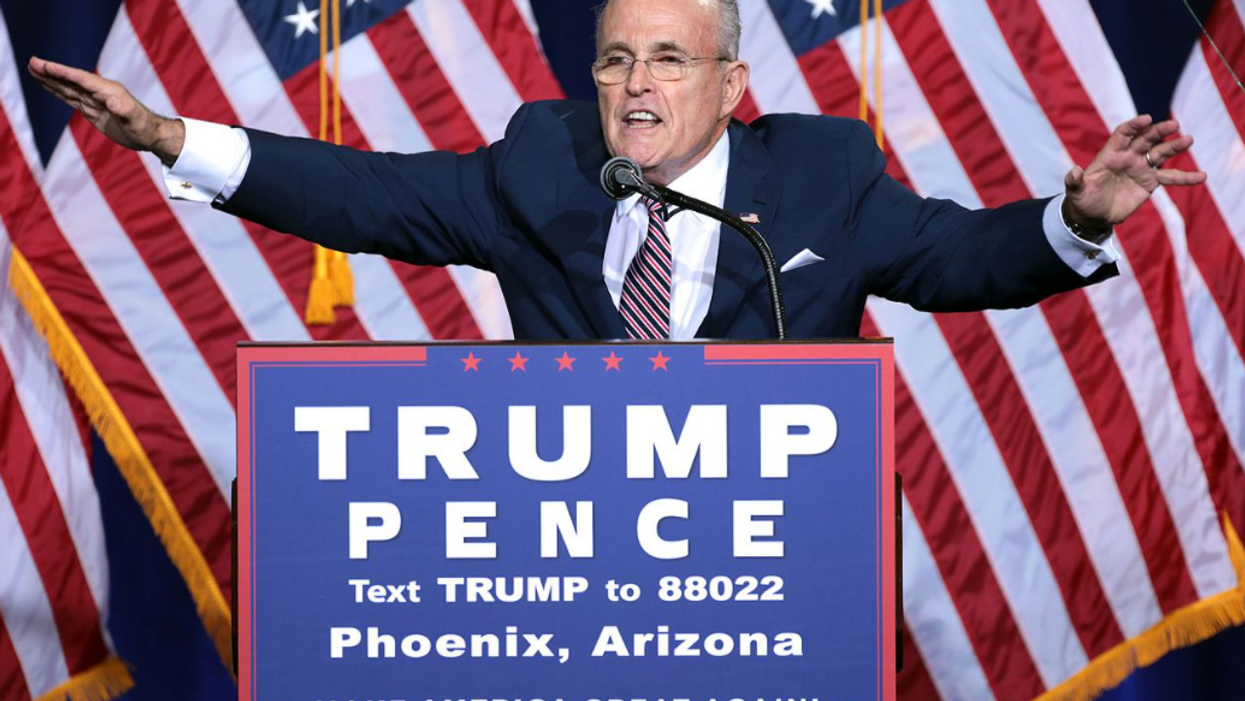 Although Washington Post columnist Jennifer Rubin is right-of-center politically, she has been a blistering critic of the direction the Republican Party has taken under Donald Trump's presidency. Rubin, in a column published on Friday morning, slams Trump and his personal attorney, Rudy Giuliani, for their efforts to steal the election from President-elect Joe Biden — lamenting that their extremism is now the face of the GOP and arguing that a democracy needs more than one "rational" political party.

"Rudolph W. Giuliani, Sidney Powell and other members of President Trump's legal team, in spouting their bizarre, incoherent conspiracy theories about voter fraud, have made clear they want to overturn the election in large part by excluding ballots from Black voters," Rubin writes. "Without Wayne County, Mich., which is heavily African-American, Giuliani declared on Thursday, Trump could have won the state — as if the 15th Amendment and the 1965 Voting Rights Act were nonexistent."

Rubin goes on to say that Trump and Giuliani's extremism is not an anomaly — they have become the faces of the Republican Party, and way too many Republicans won't call them out for trying to overturn the election results.

"Giuliani is representing the president's views, and because the vast majority of Republicans say Trump should be allowed to exhaust his legal claims, his performance has, in effect, been endorsed by Republican House and Senate leadership, much of right-wing media and the Republican National Committee," Rubin explains. "Even worse, Trump has invited Michigan Republican state lawmakers to the White House and even reportedly contacted Monica Palmer, a Republican member of the Wayne County Board of Canvassers, after she voted to certify the county's results. After her chat with the president, Palmer and another Republican on the board wanted to take back their certification votes."

During the presidential race, Rubin made no secret of her desire for Biden to win. But while she considers Democrats the United States' only major "rational" party, she isn't arguing in favor of one-party rule under Democrats. And the Never Trump conservative wraps up her column by saying, in essence, that the U.S. needs two major rational parties — not one.

"The horrifying spectacle playing out before our eyes should leave little doubt of how far down the rabbit hole the Republican Party has gone and how cowardly and detached from reality Republican elected leaders have become," Rubin stresses. "Clarity is enlightening, but in this case, it is also dispiriting. We have only one functional, rational political party. It's not enough."