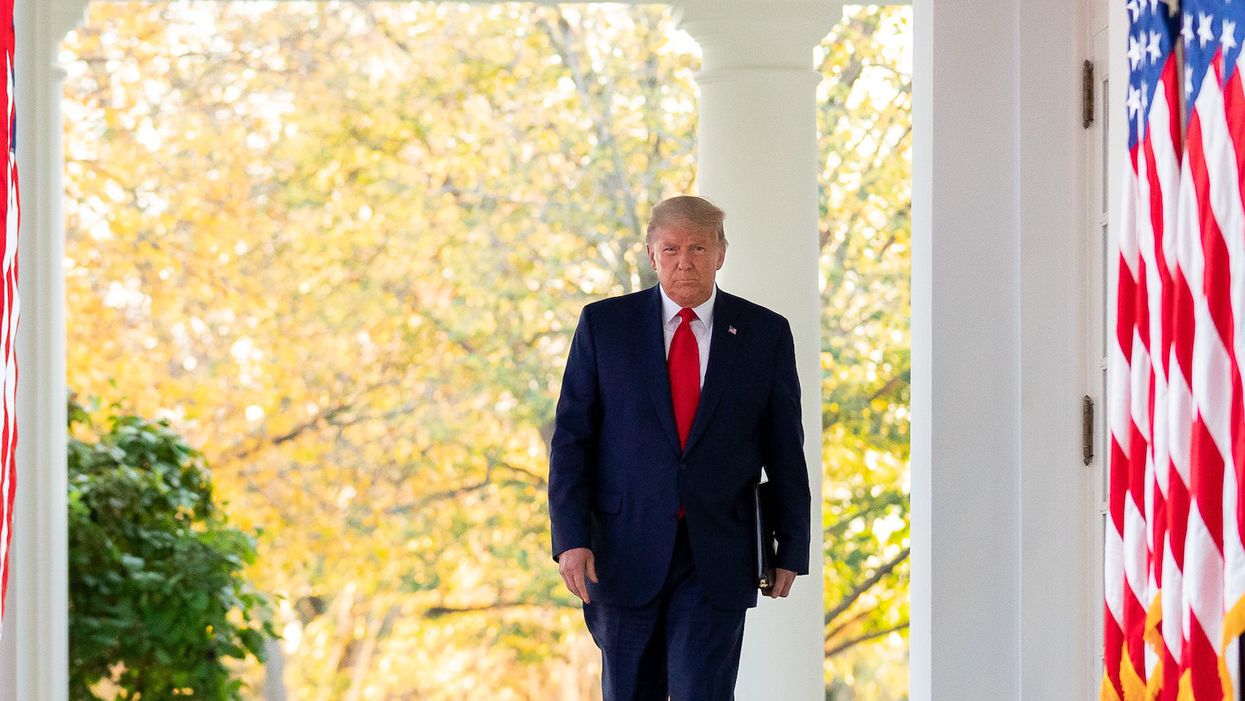 Joe Biden has decisively won the presidency. There is no way for Trump to overturn the results of the election, and his campaign's post-election lawsuits have gotten dismissed left and right.

That hasn't stopped him from launching an "Official Election Defense Fund" and bombarding his supporters with fundraising appeals to supposedly finance the campaign's ongoing litigation.

But the fine print tells a very different story.

60 percent of a donation to Trump's "Official Election Defense Fund" goes to Save America, Trump's new leadership Political Action Committee that he set up less than a week after the election. The other 40 percent goes to the Republican National Committee.

Donations only start going to that fund once Trump's PAC reaches the legal contribution limit of $5,000 – and the RNC gets $3,000.

This means a supporter would have to donate over $8,000 before any money goes to the fund they think they're supporting.

Apparently enriching himself on the taxpayer dime for the past four years wasn't enough for Trump. Now he's lining his pockets by attacking our elections and undermining our democracy – and swindling his supporters every step of the way.

Is this just a final grift before Trump leaves office? Or is there more at stake?

Trump certainly wants to keep the money flowing, and a leadership PAC is an easy way to do it. Trump's PAC can be used to fund a lavish post-presidency lifestyle, as leadership PACs can use donors' funds for personal expenses, like personal travel and events at Trump properties, while campaign committees cannot.

But there's more at stake than just Trump's personal greed. Creating a PAC solidifies Trump's grip on the GOP, as he can distribute the funds to GOP candidates. It helps keep his base whipped up ahead of the Georgia runoffs. And the PAC allows him to start preparing for a potential 2024 run, an idea he's already floated to his inner circle.

In the grand scheme of things, Trump's PAC also fuels the GOP's cynical strategy to maintain power. The GOP has a permanent stake in stoking a cold civil war.

A deeply divided nation serves the party's biggest patrons, giving them unfettered access to the economy's gains while the bottom 90% of Americans fight each other for crumbs. That division will persist even with Trump out of the White House, thanks to his bonkers claim of a stolen election, and a base more riled up from racist appeals than ever.

We may have defeated Trump, but we haven't defeated Trumpism. We must work to push the Biden administration to tackle the systemic conditions that allowed Trump to seize power in the first place.