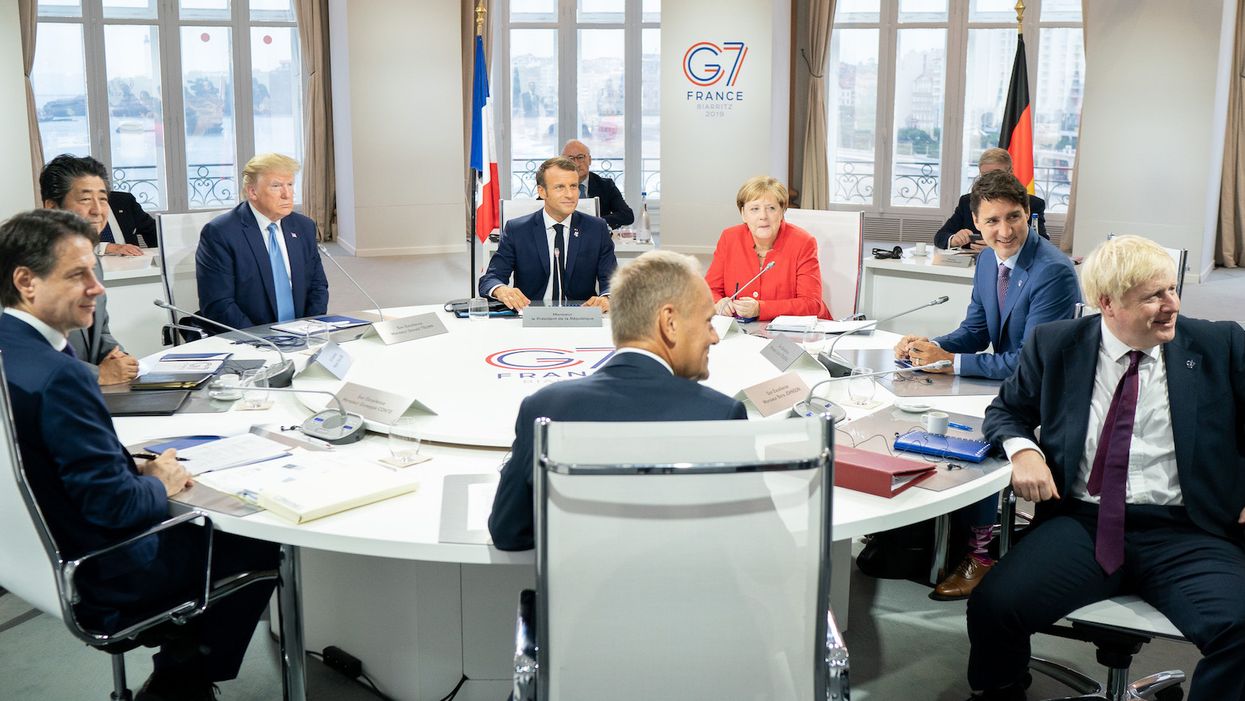 Responding to alarming remarks by U.S. Secretary of State Mike Pompeo denying the results of the 2020 presidential election, the head of an international health organization on Wednesday urged world leaders to refuse to meet with Pompeo until he acknowledges President-elect Joe Biden's legitimate victory.

A day after the White House directed federal agencies to refuse cooperation with Biden's transition team, Pompeo raised eyebrows and ire on Tuesday after asserting that "there will be a smooth transition to a second Trump administration."

In response, Serra Sippel, president of the Washington, D.C.-based Center for Health and Gender Equity (CHANGE), issued a statement accusing the secretary of state of "undermining the democratic legitimacy of the United States, ignoring [Biden's] decisive victory in the 2020 general election, and encouraging political violence by spreading disinformation."

"Across the globe, world leaders, many of whom have congratulated President-elect Biden, must find Pompeo's actions and words reprehensible and more indicative of a dictatorship than a republic," Sippel continued. "With democracy on the line, we cannot just pass this off as more Trump administration bluster. We cannot normalize Pompeo's threats to democratic legitimacy and the principles of a peaceful transition of power."

"Foreign leaders and diplomats must stand up for democracy and refuse to meet with Secretary Pompeo until he publicly recognizes [Biden's] victory in the 2020 election, facilitates a smooth transition to the incoming administration, and removes himself from partisan politics," added Sippel.

CHANGE's statement came as Pompeo prepared to embark Friday on a seven-nation trip to France, Turkey, Georgia, Israel, the United Arab Emirates, Qatar, and Saudi Arabia—the last tour of his tenure. The leaders of all seven countries have congratulated Biden and Vice President-elect Kamala Harris on their win.

Republican and Democratic state election officials across the U.S. queried by the New York Times this week unanimously reported no widespread electoral improprieties, contradicting false claims of fraud by an increasingly desperate President Donald Trump and his supporters.

"There's a great human capacity for inventing things that aren't true about elections," Ohio Secretary of State Frank LaRose, a Republican, told the Times. "The conspiracy theories and rumors and all those things run rampant. For some reason, elections breed that type of mythology."

"Foreign leaders appear to have greater respect for America's norms than it appears the secretary of state does," Wendy Sherman, a former State Department official during the Clinton and Obama administrations, told NBC News. "It was an outrageous statement [that] puts our national security at risk because it undermines our democratic transition."

"That's a pretty strong argument the Chinese will be able to make, that you don't need democracy, it produces some really bad results," Glassman said.