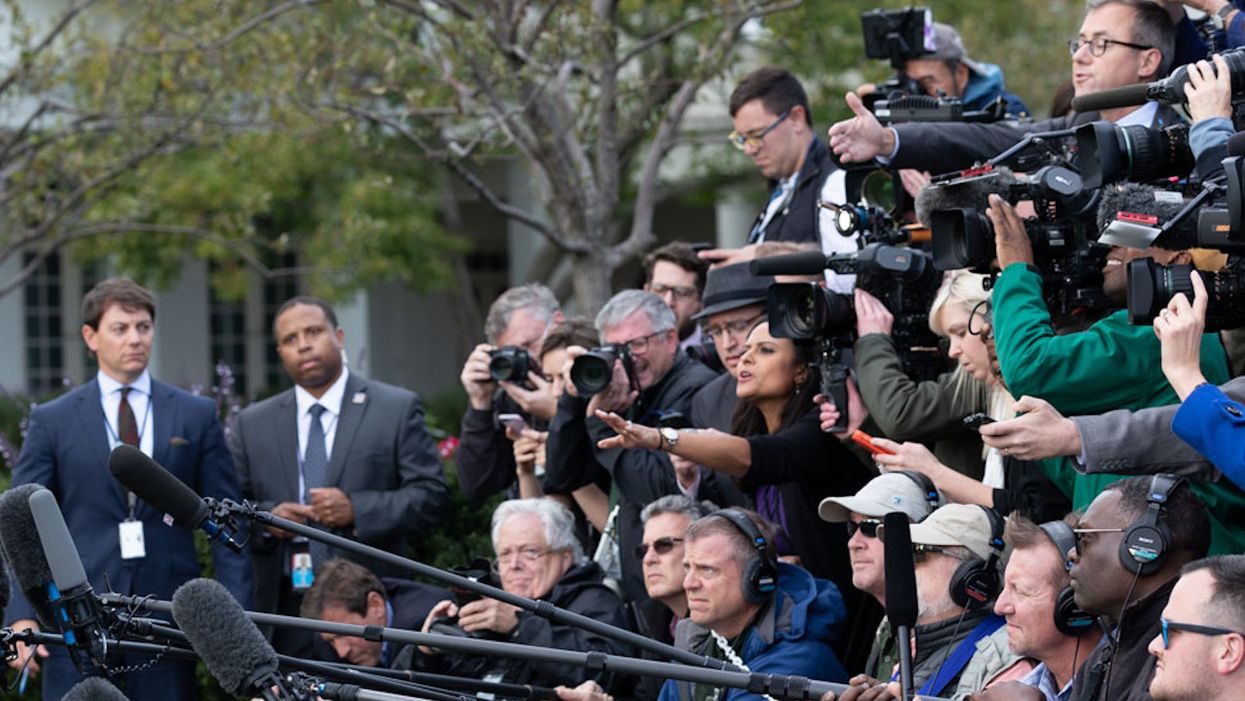 It is an enduring belief that the vast majority of U.S. media are "liberal" or "leftist." This is a powerful myth, used by the political right to convince citizens that a secular, urban elite pushes a leftist agenda on the nation via television, newspapers and Internet. This notion wasn't invented by Trump. But Trump has, more than any other president, leveraged that pre-existing distrust and taken it to new depths. As we watch Trump openly fight democracy post-election, it is worth considering how this myth is perpetuated, even internationally.

As an American and an academic who studies the media, I have, of course, followed Swedish media coverage of the U.S. elections. And, as someone invited to comment on those elections in Swedish media, I was even part of that coverage. During my consumption and participation, it struck me that it was often taken as a fact by Swedish journalists that a large part of the U.S. media landscape is dominated by what is defined as a "liberal/left" media, and that a large portion of "mainstream media" in the U.S. were partisan in their opposition to Trump.

This is a misleading, decontextualized position.

The attempt by Trump to undermine the U.S. electoral system leans heavily upon convincing his supporters that media analyses of his attacks are "fake" because "The Media" are a biased, leftist monolith. Legitimizing this myth only serves the interests of those opposed to the critical analysis of current events in the United States. And, it undermines critical analysis of all forms of power, including when Democrats hold that power.

So, let's start with the elephant in the room. Fox News is the most popular news channel in the U.S.. Fox News isn't the rebel outsider. It is the mainstream. In 2019, Fox was the top-rated basic cable network in total viewers with 2.57 million: 50% higher than MSNBC and 2.5 times higher than CNN. In 2019, Fox had its highest-rated primetime in history, averaging 2.5 million viewers; and, the Fox News program Hannity was the top-rated program in cable news for the third year in a row.

But, if you think Fox is one response to an overwhelmingly liberal/left US media ecosystem, think again. In a 2019 study conducted by Pew, 16% of respondents said local TV news was the "most common" place for receiving political election news. (The percentage saying print was their most common source? 3%.) Sinclair Broadcast Group, with 193 local channels reaching 40% of the population, is the second-largest local TV station owner in the U.S. (and the largest owner of FOX and ABC affiliate stations). Sinclair has earned a reputation for aggressively pushing right-wing content. From 2017–19, Sinclair forced its channels to air "must-run segments," including commentaries by former Trump senior advisor Boris Epshteyn, which stations were required to air 9 times a week. A 2019 study in the American Political Science Review on the impact of Sinclair purchasing local stations concluded that such purchases resulted in, "a significant rightward shift in the ideological slant of coverage" on those channels.

How about radio? Of the 15 most popular talk radio shows in the U.S., twelve have Conservative/Libertarian hosts, with top shows pulling up to 15 million listeners per week. Then there are social media platforms. A common complaint from the political right is that social media platforms "censor" conservative content. Yet, in October 2020, the month before the election, Fox News material on Facebook received 76 million "interactions" (reactions, shares, comments): more than the combined total for CNN, NBC, the New York Times, NPR, MSNBC, the Washington Post and the New York Post. The far-right site Breitbart, recognized as a steady supplier of disinformation, received more interactions (45 million) than the total for CNN, the New York Times and Washington Post (38 million).

The liberal/leftist media as a myth is shown in more than just conservative ownership or content. CNN, for example, actively cheered the occupation and destruction of Iraq led by Republican George W. Bush. In an analysis conducted by Pew of the news content of 52 U.S. mainstream outlets between 2007–2012, coverage of poverty in the U.S. (a nation with tens of millions living in poverty) accounted for less than 1% of all news space. Multiple studies over the years have shown that local and national news has emphasized crimes committed by African-Americans, while downplaying white or police violence. And, a 2017 study out of Harvard, analyzing the content of mainstream outlets before the 2016 elections, found that coverage of the Clinton e-mail "scandal" accounted for more sentences of coverage (65,000) than all of Trump's scandals combined (40,000). This, despite the fact that Trump had, for example, been accused of corruption within the Trump Foundation and Trump University, had made Islamophobic comments and bragged about grabbing women by their genitalia.

By repeating the "liberal" U.S. media argument, journalists—including in Sweden–legitimize a myth upon which a great deal of division and disinformation is constructed. Many outside of the U.S. still see CNN, the New York Times, and the Washington Post as typical of U.S. media, with Fox News as the "outsider." That's a problem. Fox News is a powerhouse in U.S. news, while newspapers such as the New York Times and Washington Post—yes, agenda setters for the elite—have nowhere near the same influence among ordinary Americans. As I have addressed, conservative influence is found in a large portion of the U.S. news media that shape U.S. public opinion: cable television, local television, radio and online news. And, while newspapers may endorse Democratic candidates or critique Trump, their coverage of U.S. society over the decades has been a long way from progressive, and their influence a fraction of other media.

Ignoring this simply leads to shallow, decontextualized analysis of U.S. politics and society.

This piece is an English-language contribution to a rapid-response publication on the US elections by more than 70 academics working in Sweden. The collection, "Stjärnspäckat — reflektioner från amerikanska presidentvalet," edited by Niklas Bolin, Kajsa Falasca, Marie Grusell and Lars Nord, is open access and can be downloaded here.

Christian Christensen, American in Sweden, is Professor of Journalism at Stockholm University. Follow him on Twitter: @ChrChristensen