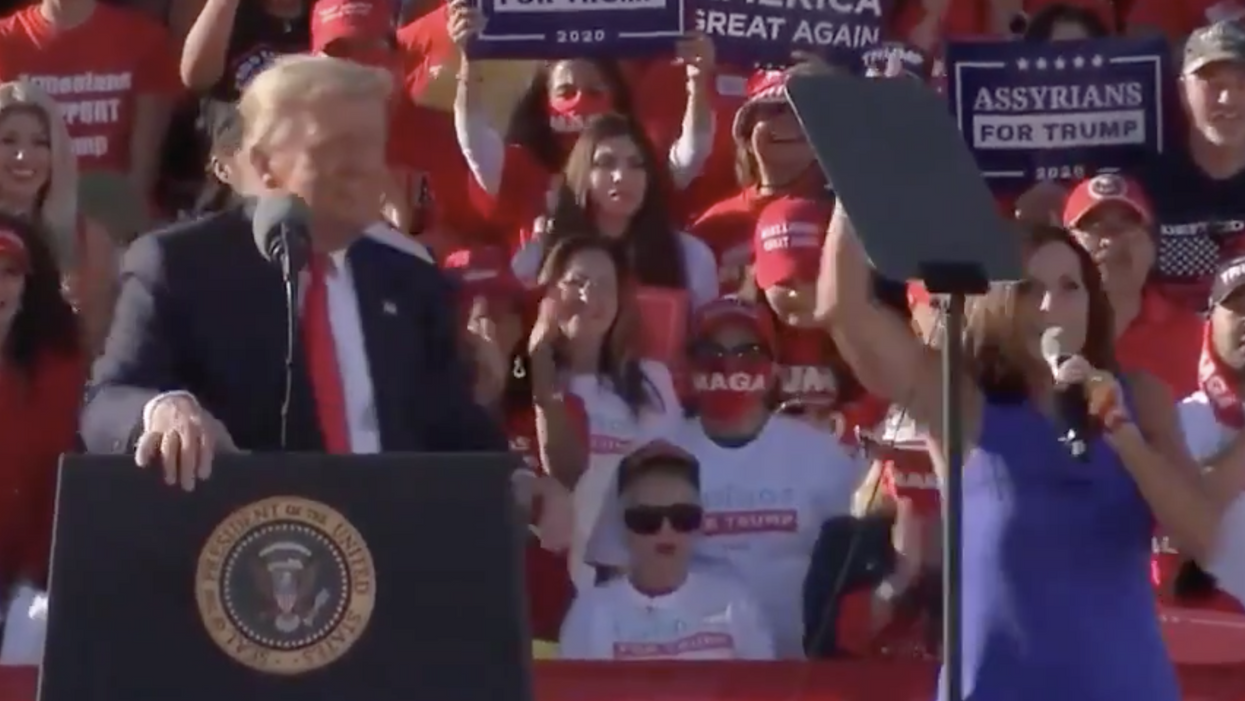 Cody Fenwick
Trump's own officials are terrified about what he'll do the day after the election: NYT
Meaghan Ellis
November 06, 2020

Back in September, U.S. intelligence officials raised awareness about the possibility of the pandemic delaying the results of the 2020 presidential election and that foreign operatives might seize the delay as an opportunity to spew misinformation. However, it appears foreign adversaries have taken a backseat and are now opting to report on misleading claims made by Trump and his allies, according to NBC News.

In fact, one example of misinformation circulating on social media focuses on a report from the Russian-affiliated media outlet Sputnik.

"US President Donald Trump said that every vote that came in after Election Day will not be counted," Sputnik reported shortly after Trump tweeted, "Stop the count," Thursday morning.

Other Russian-controlled media outlets have also shared misleading claims from the president with headlines like: "Trump calls results 'big WIN' & accuses opponents of 'trying to STEAL' election, gets 'misleading' label from Twitter," said RT, another Russian media operation, on Wednesday.

In addition to Trump's claims, his allies have also taken to Twitter under hashtags like #StoptheSteal as they spread more misinformation about the election results. Newt Gingrich has also echoed Trump's baseless claims.

On Thursday morning, he tweeted, "It is increasingly clear that Wisconsin, Michigan and Pennsylvania are all being stolen by Democrats and the research is almost certainly going to yield far more votes stolen than Biden's current margins."

All of the misleading tweets have been flagged on Twitter with a label that reads: "Some or all of the content shared in this Tweet is disputed and might be misleading about an election or other civic process."