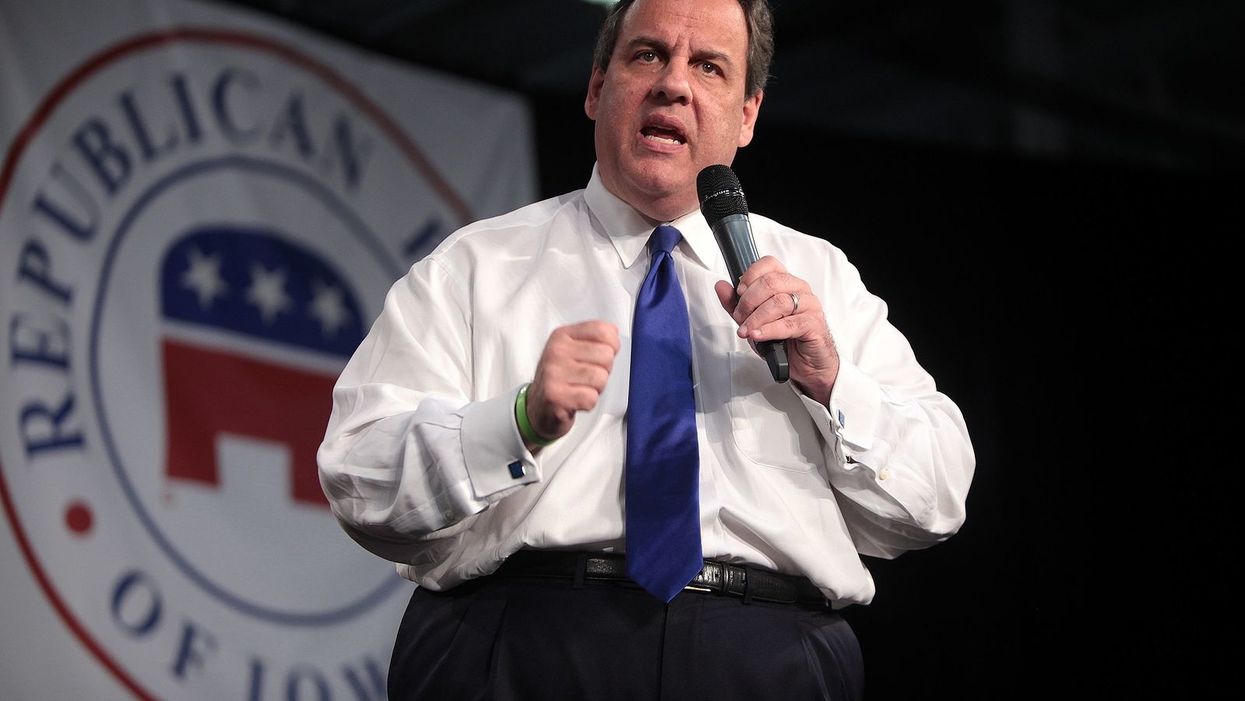 Just as one did in Georgia, a federal judge dismissed a lawsuit Saturday launched by President Donald Trump's campaign to bar Pennsylvania state election officials from certifying the state's election results, CBS News reported. U.S. District Judge Matthew Brann wrote in his order that Trump's attorneys employed "strained legal arguments without merit and speculative accusations, unpled in the operative complaint and unsupported by evidence. In the United States of America, this cannot justify the disenfranchisement of a single voter, let alone all the voters of its sixth most populated state."

The words have apparently inspired some Republican legislators to come to terms with the truth of President-elect Joe Biden's election win. "With today's decision by Judge Matthew Brann, a longtime conservative Republican whom I know to be a fair and unbiased jurist, to dismiss the Trump campaign's lawsuit, President Trump has exhausted all plausible legal options to challenge the result of the presidential race in Pennsylvania," Sen. Pat Toomey of Pennsylvania said in a statement Saturday.

Toomey continued in the statement:

"This ruling follows a series of procedural losses for President Trump's campaign. On Friday, the state of Georgia certified the victory of Joe Biden after a hand recount of paper ballots confirmed the conclusion of the initial electronic count. Michigan lawmakers rejected the apparent attempt by President Trump to thwart the will of Michigan voters and select an illegitimate slate of electoral college electors. These developments, together with the outcomes in the rest of the nation, confirm that Joe Biden won the 2020 election and will become the 46th President of the United States."I congratulate President-elect Biden and Vice President-elect Kamala Harris on their victory. They are both dedicated public servants and I will be praying for them and for our country. Unsurprisingly, I have significant policy disagreements with the President-elect. However, as I have done throughout my career, I will seek to work across the aisle with him and his administration, especially on those areas where we may agree, such as continuing our efforts to combat COVID-19, breaking down barriers to expanding trade, supporting the men and women of our armed forces, and keeping guns out of the hands of violent criminals and the dangerously mentally ill. "

Make no mistake about it, I am deeply disappointed that President Trump and Vice President Pence were not re-elected. I endorsed the president and voted for him. During his four years in office, his administration achieved much for the American people. The tax relief and regulatory overhauls that President Trump enacted with Republicans in Congress produced the strongest economy of my adult life. He also should be applauded for forging historic peace agreements in the Middle East, facilitating the rapid development of a COVID-19 vaccine through Operation Warp Speed, appointing three outstanding Supreme Court justices, and keeping America safe by neutralizing ISIS and killing terrorists like Qasem Soleimani and Abu Bakr al-Baghdadi.

"To ensure that he is remembered for these outstanding accomplishments, and to help unify our country, President Trump should accept the outcome of the election and facilitate the presidential transition process."

Toomey wasn't the only Republican embracing reality this weekend. Former New Jersey Gov. Chris Christie told TV host George Stephanopoulos Sunday on "ABC This Week" that "yes," it's time for this to end. He said the president has had multiple opportunities to access the courts. "If you've got the evidence of fraud, present it," he told Stephanopoulos Wednesday. "The conduct, the president's legal team has been a national embarrassment."

The former prosecutor referenced an interview in which Trump attorney Sidney Powell accused Georgia Gov. Brian Kemp of a crime, but "yet [she has been] unwilling to go on TV and defend and layout the evidence that she supposedly has."

Christie then admitted he's supported the president and voted for him twice. "But elections have consequences," he added. "And we can not continue to act as if something happened here that didn't happen."

Following Trump's invitation to Michigan Republicans to visit the White House, Rep. Fred Upton of Michigan also sent Trump a powerful message that our democracy could benefit from the president accepting. That message Sunday to CNN's Dana Bash was "it's over." He said no one has found any evidence of fraud. "You know, the voters spoke," the Republican legislator declared. "And here again, in Michigan, it's not a razor-thin margin. It's 154,000 votes. You got to let the votes stand.

"The process has been in place for a long time," Upton added. "It works. And there's no issues of fraud anywhere. 154,000 votes. In my county commission race, it was a dead-even tie. They had to draw to see who won because it was exactly the same. 154,000 votes is—it's over."

Sen. Mike Shirkey of Michigan tweeted Sunday: "As I've repeatedly said, our election process MUST be free of intimidation and threats. Whether the Board of Canvassers certifies our results tomorrow or decides to take the full time allowed by law to perform their duties, it's inappropriate for anyone to exert pressure on them."

Maryland Gov. Larry Hogan told CNN's "State of the Union" he's "not sure" the president is going to do the right thing. "Look, I thought the pressuring of the legislators to try to somehow change the outcome with electors was completely outrageous," he said. "Quite frankly, I mean, you know we used to go supervise elections around the world, and we were the most respected country with respect to elections. And now we're beginning to look like we're a banana republic. It's time for them to stop the nonsense. It just gets more bizarre every single day, and frankly I'm embarrassed that more people in the party aren't speaking up."